March 27, 2019/Comments Off on Election: Candidates cover lots of ground at SD 103 forum 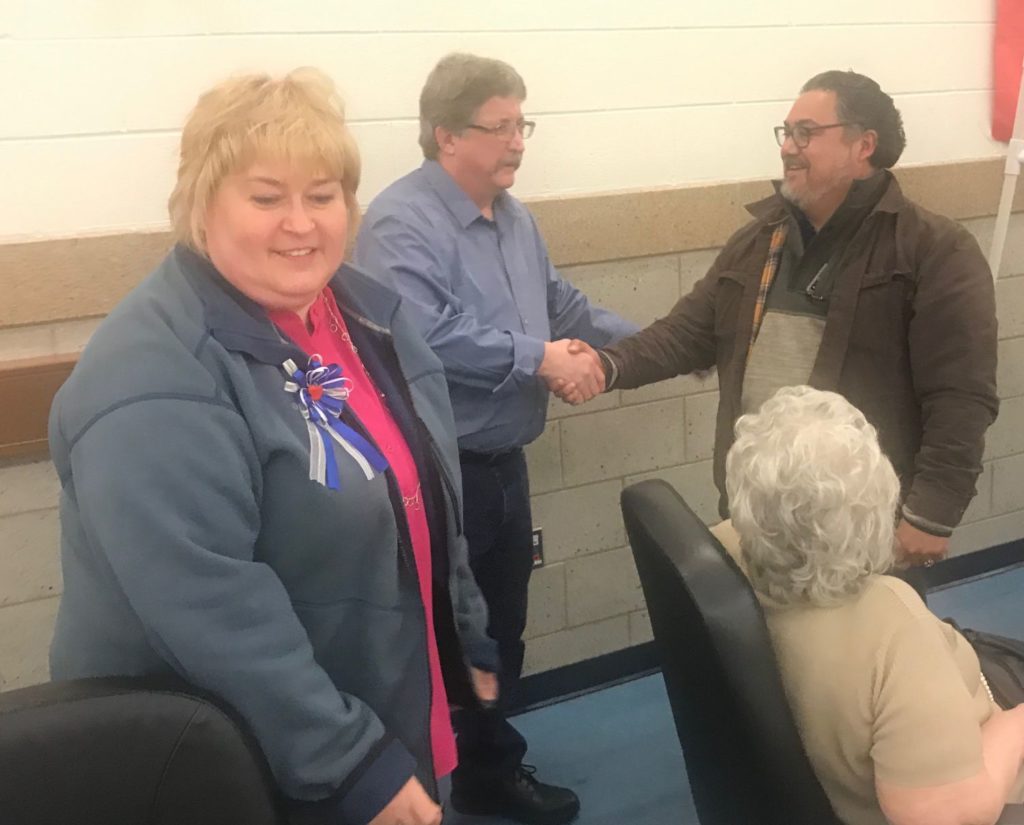 A wide range of issues were covered during a candidate forum

Eight of the nine people running for four seats on the

Only Shakana Kirksey-Miller, of McCook, failed to attend.

The eight who did were split into rival slates.

Schaeffer; board newcomer Tom Weiner, who is serving out the term of a former

board member; Connie Esparaza, who was on the board two years ago; and Jacquie

The other slate, Parents For Student Excellence, has

Torres is on the board minority now, along with Michael Bennett,

who opted to not seek re-election. Schaeffer and Weiner are on the board

At the forum, candidates answered 20 questions that had been

submitted by members of the audience. Each question was answered by three of

the candidates in a rotation.

To improve education in the school, Magsaysay wants to meet

with the curriculum director “to see what enhancements we can make.”

Rodriguez would meet with officials “to see what is wrong

and go from there.”

Esparza said in our digital age, there are many ways to

communicate with parents about school events and issues, “and it also needs to

Asked if they would commit to attending executive sessions

during board meetings, Schaeffer said she’s “missed 15, 16 meetings in 40

years, but I’ve never missed a closed session. They’re too much fun.”

“That’s where you get information to make an informed

decision. That’s my job,” she added.

Asked about the “no” votes sometimes cast on consent agenda,

where bills are paid, Weiner said “we have to vote ‘yes’ to pay the teachers

and staff. It’s for the good of the whole district. I vote ‘yes’ cuz we need to

The media was part of one question: Would they explain votes

to the press? Magsaysay said she would unless not able to discuss personnel

“I think everyone knows,” Schaeffer said, “I will answer

questions, but I will not break closed session confidentiality.”

Asked about spending, Rodriguez said she would “look into

eliminating massive turnovers” and look at cutting positions that were not

Weiner said he can “dig a little deeper in my pocket, a

couple hundred (more) every year, I think I can afford that on my property

But he said it’s important to “cut wasteful spending,” like

the hiring of Kyle Hastings to be an assistant interim superintendent.

Asked about the conflicts between board members – a

recurring theme at meetings – Schaeffer said “my opinion for years has been,

when you sit at the board table, you are a board member.

“You should be giving your opinion on a subject, you should

Torres said “I’ve been bullied” at board meetings, agreeing

Weiner, Rodriguez and Campanile vowed they would not take

Asked about the high turnover of principals, Weiner said,

“principals have to be held to higher standards.”

productive for our students. If the principals aren’t doing what they’re

better job. Unfortunately, some have to be let go. That’s a hard decision.

Believe me. It affected me for a good week afterwards,” Weiner said of

Quintero said the solution is to “hire quality” principals,

noting Lincoln School has had five permanent, acting or interim principals in

can learn how to handle it.”

“It starts at home with parents setting an example,” Torres

One question asked how technology will be used in the

Schaeffer had some in the crowd smiling when she said “one

of the most phenomenal computers anyone can own is in their head. There’s a

place for computers, but kids need to learn how to read, write, do math using

She predicted that one day children using computers at home

will be taught by teachers in a remote location.

After the forum, candidates from both sides shook hands and

spoke with each other, often smiling.