March 27, 2019/Comments Off on Girls tennis coaches are out at Argo 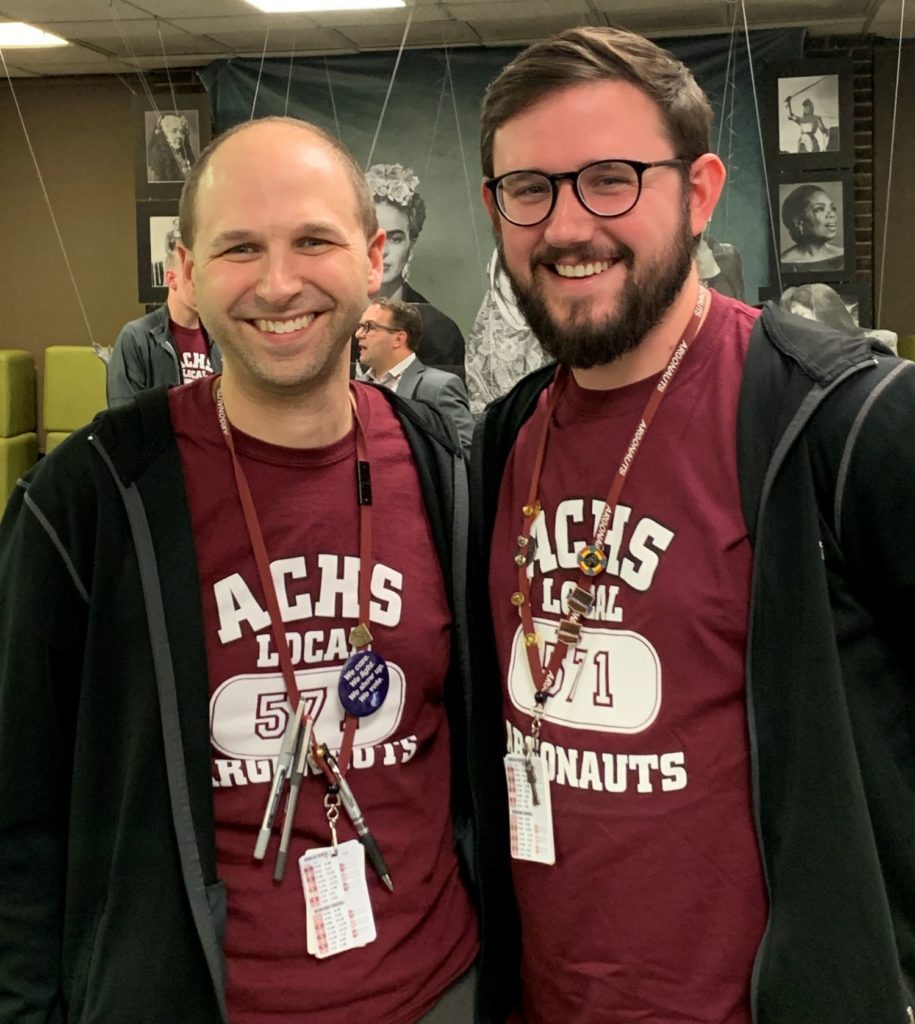 Girls tennis coaches are out at Argo

the pair to be dismissed as coaches.

At the March 18 meeting, the library was not only

filled with students, but teachers, alumni and rival tennis coaches.

“Any time I run into problems, I always look to Kyle or Geno

for advice. They’ve always been wonderful,” she said.

they’re really great coaches. They care a lot about us. They taught us a lot.”

“When I first started coaching, I had no idea how to play tennis. I didn’t know

much about coaching. As soon as I met those two, they took me under their wing.

They helped support me. Not only are they looking out for their team, they’re

looking out for the program. I’ve never had an issue with their players. They

play with honesty and dignity.”

a big impact on our conference. They treat each situation very fair. The rivalry

and sportsmanship is healthier than ever. I see a group of kids from Argo that

coach, I was looking for guidance. They said if you need help, let me know.”

instrumental in making me feel welcome. It would be a disservice if these two

were not the ones representing your school.”

Shepard coach Kelly Myron said, “We come together as coaches

to do what’s best for the kids. I can honestly and confidently say those two

gentlemen are best for kids. It’s hard to coach with consequences. We all have

to make decisions. This one is wrong.”

A parade of speakers continued a recurring theme of

integrity, pride, respect and positivity in describing the pair.

Once everyone had their say, the board went into a 90-minute

executive session. During this time, the two Argo coaches addressed the

audience, thanking them for their support.

Stern noted his love of teaching and coaching and stated,

“It’s been a rough six months. It makes no sense. I have no idea how it got

After returning from executive session, school board

president Terrance Pappas read a statement on behalf of the board, “The board

of education respects and appreciates Mr. Stern’s and Mr. Poulle’s abilities as

teachers. The resolution only covers their activities as tennis coaches.”

Supt. Jill Kingsfield said in an email, “This is a personnel

matter that was thoroughly investigated. Based on the facts of the

coaching contracts. The board’s vote was 7-0 in support of that