Skip to content
April 24, 2019/Comments Off on Argo says goodbye to outgoing board members 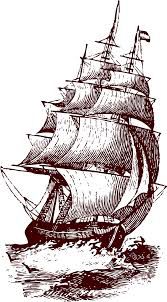 members who were turned out of office by the voters on April 2.

Dallis Anderson did not win their re-election bids.

At the April 15 board meeting, Supt. Jill Kingsfield said, “I would like to thank Ms. Mallis, Mr.

Anderson and Mr. Pappas for their combined 52 years of service to the school

board. As a second-year superintendent, you all welcomed me and hired me. I

appreciate the time, your input, the historical perspective you provided. I’m

going to miss you. I want to thank you for your dedication, your future focus

for our students and making sure they have everything they need to thrive here.”

“Being a board member is a thankless position. It’s an unpaid position,

which many community members do not realize.”

The trio received plaques, a lifetime pass to events at the Summit high

school and a watch with the school’s logo.

Summit resident Ted Bojanowski added, “This is not the end. It’s just the

beginning. Take heart. The new and inexperienced board members will need your

Pappas and Mallis both served on the board for 24, Anderson for four.

In other action, after a one-hour executive session, the board unanimously

approved the board president to draft a response to a grievance submitted.

Because the discussion was in an executive session, no details were given.

The board unanimously approved new instructional material for the

Principal Chris Covino explained, “All but two of these are for new or

newly designed courses. They would be purchased by the district in class sets.”

Kingsfield noted she had visited the current AERO center.

“The facility is overtaxed. AERO did purchase the Queen of Peace property.

The board saw that as a down the road building for them. AERO has been

“The AERO board did hire an architect to see the needs of the facility,”