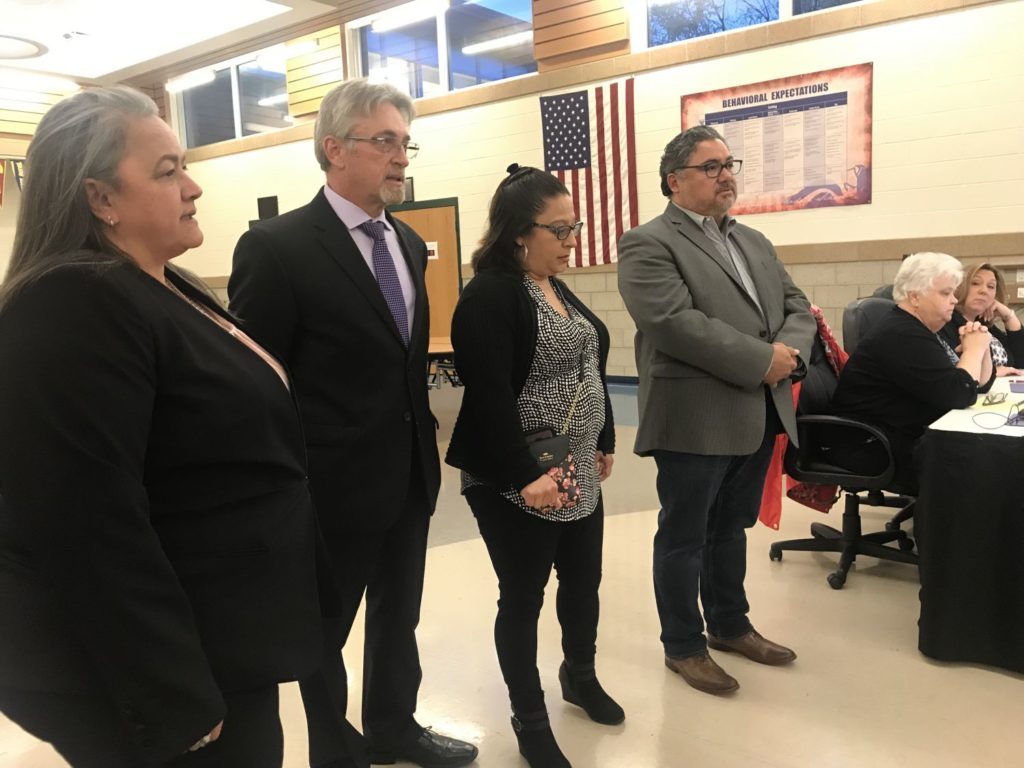 New SD103 board gets off to rocky start

School District 103 to have its first disagreement.

Moments after incumbent Jorge Torres and three new board

in, the first heated discussion started.

The first matter board members voted on resulted in the new

And, that was after a long discussion about the pros and

cons of the board meeting either Monday or Tuesday night.

In the end, the new board prevailed.

School District 103 board meetings will be held on the

second and fourth Tuesdays starting this month, instead of the Monday nights it

Torres, who was unanimously voted board president, replacing

Marge Hubacek, introduced the idea of moving the meetings to Tuesdays.

Torres said it was more convenient for board members,

especially with Mondays “being hectic after the weekend” for many people.

Board member Shannon Johnson said “the middle of the week

tends to be when a lot of school events are held.” Mondays are more convenient,

Hubacek and Sharon Anderson, who form the new minority with

“Tuesday seems to be a better day,” Torres said. “For us.”

schools,” said Johnson, who took the unusual approach of asking parents in

attendance for their opinion.

Torres noted that meetings had been on Thursday evenings

before moving to Mondays a few years ago.

In the end, the vote went along faction lines: Torres,

Quintero, Campanile and Rodriguez voted for the change; Hubacek, Anderson and

Johnson voted against it.

After the meeting, Torres said, “sometimes work tends to be

a little more stressful on Monday, not only for myself but for everyone É We’re

not going to be in the way of any events.”

“That remains to be seen,” Anderson said when asked what the

next two years will be like with a new majority.

“I don’t think you can print what I want to say,” Hubacek

added. “It’s going to be interesting to work with four people who know

In public comments before the meeting, teacher union

students. She asked for support from parents, too.

Outgoing board member Tom Weiner reminded the board “to keep

for all the decisions you make.”