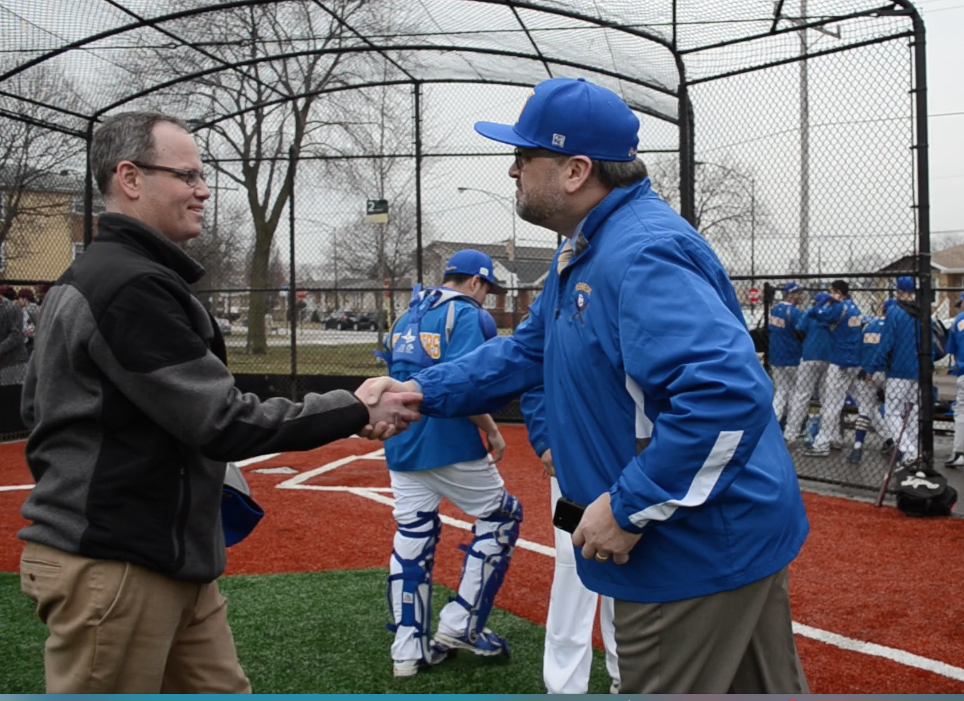 SW Side aldermen look ahead

Days after Mayor Lori Lightfoot used her inauguration speech to bloody the political noses of the members of the City Council, Southwest Side aldermen were back in their wards, handling duties considered mundane by many but important to all.
“A lot has been accomplished here, but there’s still work to be doneÑand we’re doing it,” 13th Ward Ald. Marty Quinn told the Greater Southwest News-Herald.
Like other Southwest Side aldermen, Quinn said he focuses on four areas: public safety, economic development, education and delivery of city services.
His workÑin concert with Illinois House Speaker Michael J. Madigan (D-22nd)Ñhas yielded a boom of new development along a half-mile section of Cicero Avenue, south of 63rd Street. There are other signs of new life in the ward, including several new businesses in Clearing, new construction near 66th and Pulaski, and more.
Challenges remainÑmost notably, the old Kmart at 71st and Pulaski. When it opened in about 1978, that Kmart and a nearby Dominick’s brought an unprecedented amount of jobs, sales tax revenue and more to the ward. But Dominick’s left in 2004, and Kmart shuttered its store in 2016.
Quinn says he continues to work on getting an attractive tenant for the Kmart space, “but not just anybody or anything. It needs to bring jobs to the community, and it needs to be something the surrounding neighborhood wants.”
Specifically, he wants a grocery store to occupy at least part of the space.
On education, Quinn appears to be on a roll. The new Richardson Middle School at 60th and Keeler opened to acclaim, the new Dore School near 65th and Nottingham got built, and this fall a new early childhood center will serve 80 four-year-olds at the site of the old Dore School. Plus, ground has been broken at 65th and Long for a new Hancock High School.
Ahead, Quinn plans to champion the Sor Juana School (in the old St. Turibius School space near 57th and Karlov) and efforts by parents to ensure that the fledgling school and its classical program not only survives, but thrives.