July 2, 2019/Comments Off on Fireworks, parade and Fourth of July fun 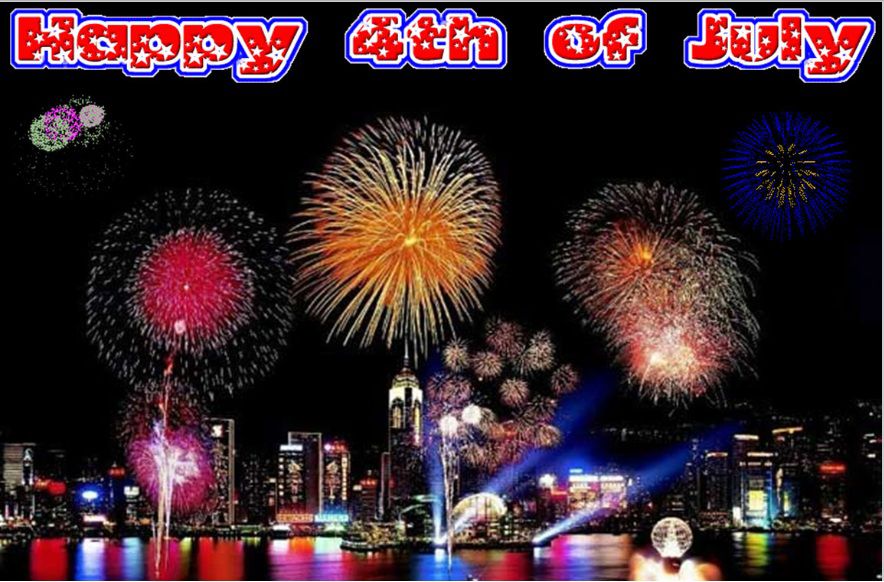 will celebrate Independence Day with a picnic on Wednesday, July 3, at

DJ Mike will provide entertainment from 5-10

p.m. Those Funny Little People will be there at 8 p.m. Fireworks start at dusk

SUMMIT: The Summit Park District will

have an evening of fun beginning at 6 p.m. on Wednesday, July 3, at Summit

starts at dusk. Bring the family a blanket and chairs to reserve your spot. For

Parade starts at 10 a.m. Thursday at the corner of Grand and Garfield and heads

due south on Grand to Brookfield Avenue, and then east to Kiwanis Park.

That’s where the village annual Party in the

Park will be held from noon to 8 p.m. with music, food, beverages and fun.

LYONS: Lyons will host its annual

Street and Lawndale Avenue. It heads east on 46th to Joliet Avenue, and north

on Joliet to the fire station.

The Kids Party in the Park will be held from

6-9 p.m. in Veterans Park, located on the west side of Lawndale, just north of

the village hall, there will be games and activities for children. Live music

The fireworks display, which always draws a

big crowd, begins at dusk at the park.

Wednesday night with Concert in the Park in Guthrie Park, located downtown near

register online or at the water tower near the train station.

Ball Park, at Delaplaine and Longcommon roads, and then heads south on

Longcommon to Guthrie Park. A community festival will be held at 10:30 a.m. in

Guthrie Park until 1 p.m. with food and beverage vendors.

starts at 8:30 p.m. Wednesday, July 3, in the football stadium of Morton West

Children’s games and activities will be

offered from 7:30-8:30 p.m. The Morton High School band will play starting at

The Morton Booster Club will be selling

Fireworks follow the movie “The Princess and the Frog,” which starts at 7 p.m.

The Grill behind home plate will be open and

alcohol and food will be available. Outside food and drink is allowed in the

ballpark for the event.

There will also be a parade at noon on the

Place. The Sensory Friendly Block runs from 120thand Harlem to

After the parade ends, continue the fun at the

Day time festivities will begin with a variety

of family activities from noon to 4 p.m. that includes: A treasure hunt, Adult

Take a short stroll from Memorial Park to

Stony Creek Golf Course, Restaurants and Banquets to participate in a mini-golf

tournament and longest drive contest. The facilities dining room will also be

open for food and drink purchases.

Free evening entertainment will be held at the

will open at 6 p.m. GAC Entertainment will provide music at 7 p.m. followed by

a fireworks display at 9 p.m. that is co-sponsored by the Village of Oak Lawn.

Park’s celebration include a free outdoor concert Thursday from 7:15-9:15 p.m.

presentation of colors and the village’s annual fireworks show at 9:15 p.m.

with one of the Southland’s most popular yearly 5K races. TheÊStars & Stripes 5K Run/Walk presented by Republic BankÊwill

step off from McCarthy Park at 8 a.m.

Opening ceremonies for the remainder of the

events planned by the Tinley Park-Park District will be at 4 p.m. Batting cages

between the race and the rest of the events planned for the day. Free

begin at 4:15 p.m. on the main stage with Peter Oprisko, the Hat Guys will

start at 5:30 and play until the fireworks. Also entertaining the crowd will be

Loopy and Cazoo the clowns, Dale the Magical Balloon Dude, and Bruce Korosawa’s

will cap everything off at dusk.