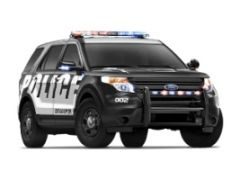 A man who was shot by a Bridgeview police officer Tuesday

that evening at the hospital.

Jesk was shot by an unidentified police officer shortly

after 7 p.m. when the officer’s police SUV was rear-ended by a white van in the

The officer got out of his vehicle to inspect the damage

that he was pointing at the officer.

The officer drew his weapon and fired and struck the driver

An ambulance was called and van driver was taken in critical

condition to Christ by Bridgeview paramedics. The officer was not injured.

from a U-Haul dealer in the 2700 block of North Central Avenue in Chicago.