October 2, 2019/Comments Off on Bridgeview police officer kills man who pointed gun at him 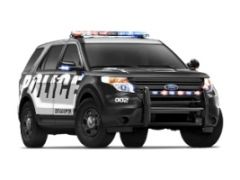 Bridgeview police officer kills man who pointed gun at him

A Bridgeview police officer fatally wounded a man who rear-ended

his police squad Tuesday night and pointed a gun at the officer.

Police said the man, identified by the Cook County Medical

Examiner’s Office as Joseph Jesk, 32, hit the rear of the police SUV with a

white van about 7 p.m. in the parking lot of Pete’s Fresh Market at 103rdStreet and Harlem Avenue.

he was pointing at the officer.

The officer drew his weapon and fired and struck the driver

An ambulance was called and the van driver was taken in

The officer was not injured.

from a U-Haul dealer in the 2700 block of North Central Avenue in Chicago.