Skip to content
January 22, 2020/Comments Off on Gonzalez named to replace Villanueva in Illinois House 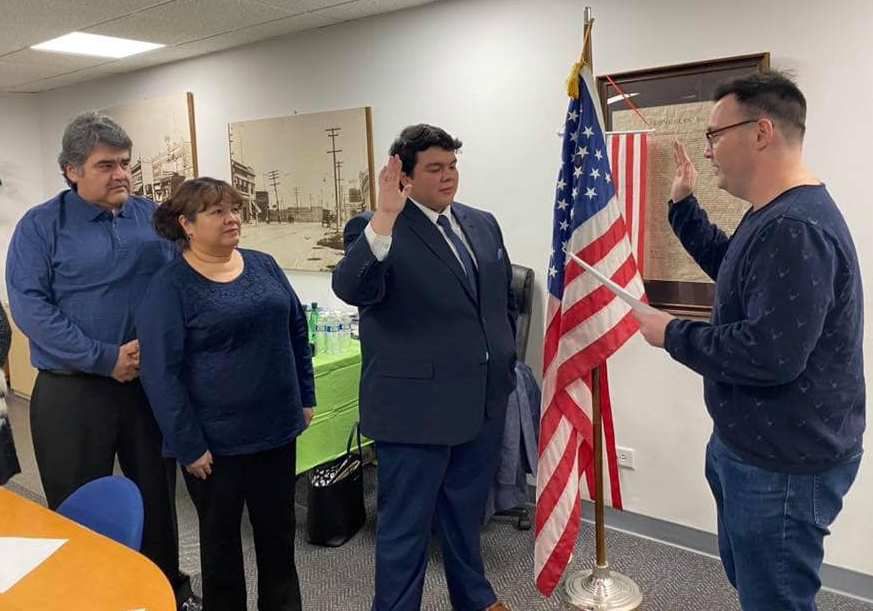 An aide to U.S. Rep. Jesus “Chuy” Gonzales has been named, as expected, to replace Celina Villanueva as the 21stÊDistrict state representative.

The appointment was necessary after Villanueva was elevated to the Illinois Senate 11thÊDistrict seat vacated by Martin Sandoval on New Year’s Day.

Gonzalez was appointed on Jan. 10 at a meeting of Democratic Party leaders in Summit. The appointment runs until next January.

He is the only candidate running in the 21stÊDistrict in the March Democratic primary.

Gonzalez, who is 23, is one of the youngest lawmakers to ever serve in the Illinois General Assembly. In 2015, Republican Avery Bourne was appointed to a vacant House seat when he was 22. Another Republican, Aaron Schock, of Peoria, was elected to the House when he was 23.

Gonzalez, of Chicago’s Little Village community, is the son of immigrants from Mexico. He is a recent graduate from Harvard with a degree in government. He was a member of Garcia’s constituent services staff.Ê