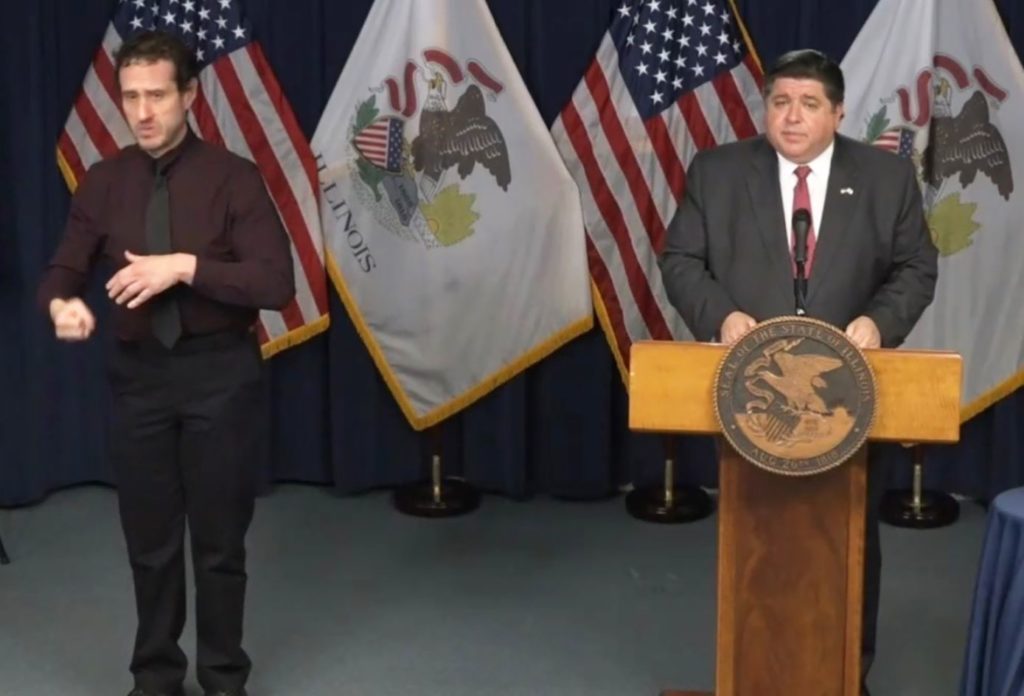 briefing on the pandemic. One facility in Bridgeview has had six deaths.

Pritzker said 1,860 cases of COVID-19 in Illinois can be traced to nursing

home. There have been 286 related deaths reported at nursing homes, which is

almost one-fourth of all coronavirus deaths in Illinois.

Center, 8100 S. Harlem Ave. in Bridgeview, according to the Cook County Medical

and all had underlying conditions. A total of 16 people have died in Bridgeview

of COVID-19 related causes as of last Monday.

The nursing home said residents are assessed at least every eight hours.

Also, hard hit has been Smith Village in Chicago’s Beverly community. The

Last week, the nursing home said they had finished testing all employees

and residents and shared the results with their families.

memory care patients who are being treated. A patient in the independent living

recuperating at another facility.

Other area nursing homes that have reported confirmed cases include:

facilities with cases that that would be one of our hardest areas,” Illinois

congregate settings, by definition, it’s hard to be able to do the physical or

social distancing and be able to separate and isolate people.”

even with those practices. We’ve obviously seen cases,” she said, adding that

or areas with high COVID-19 activity.

so, if it’s a hot zone, if you will, we’re worried about the facility in the

number of deaths and cases continues to fluctuate daily.

On Sunday, the Stickney Township Health Department said there have been

113 confirmed cases with 12 deaths in Burbank, Stickney and Forest View.

As of Monday, Bridgeview reported 70 confirmed cases; Brookfield has 51;

had 24; Indian Head Park had 20; Countryside had 11; Bedford Park and Hodgkins

had less than four cases; McCook was reporting no cases.

State health officials announced 1,151 new cases of the coronavirus on

deaths over the weekend, bringing the new total to 31,508 people who have

tested positive for the virus and 1,349 who have died from it statewide.

Nationally, more than 766,664 Americans have caught the virus, and more

“very well” in the first-come, first-served, chaotic race for the

approved for loans averaging about $229,000 each. That compares to the

loans. Approved businesses should have money in hand within 10 days of their

ran out for a $349 billion federal relief programÊmeant

the program; only the lenders have that information, they said. They also could

outbreak and stay-home orders began taking effect across the country.

The loans are meant to help businesses meet payroll for

eight weeks, roughly to the end of June, and will convert to grants if proceeds

are used to pay workers and cover rent and other approved expenses.