May 8, 2020/Comments Off on Justice robbery suspect wounded in shootout 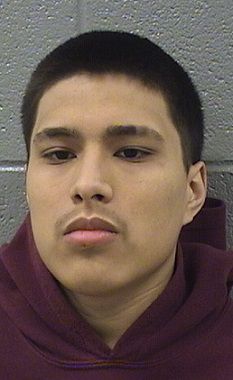 Tried to rob convenience store for a second time in a week: police

Roberts Road, by one of the owners who thought he was the same man who had

robbed the store at gunpoint on April 24.

“A subject later identified as Diego Vazquez entered the store at 8:40

p.m.,” said Malloy. “He was masked and threw a book bag at the clerk. He

He then fled from the store.

the robber from a few days earlier,” Malloy said.

first robbery and had the same build as the robber.

robber,” Malloy said. “He thought he was going to be robbed again so he

bum-rushed the suspect, hit him in the face and pushed him out of the store.

had robbed him earlier.”

In the meantime, the original victim and two friends were driving north on

Center, 8242 S. Roberts Road in Bridgeview, and jumped out of the car.

“The suspect pulled his weapon about the same time as the shooter,” said

Vazquez was hit once near the hip. He was treated and released at Advocate

Christ Medical Center in Oak Lawn before being taken into custody.

carry permit, said Malloy. He was not charged in the incident.

The front window at Ideal Auto was shot out in the incident, but nobody

Vazquez was charged with armed robbery by Justice police. He was also

at Cook County Jail on Friday.