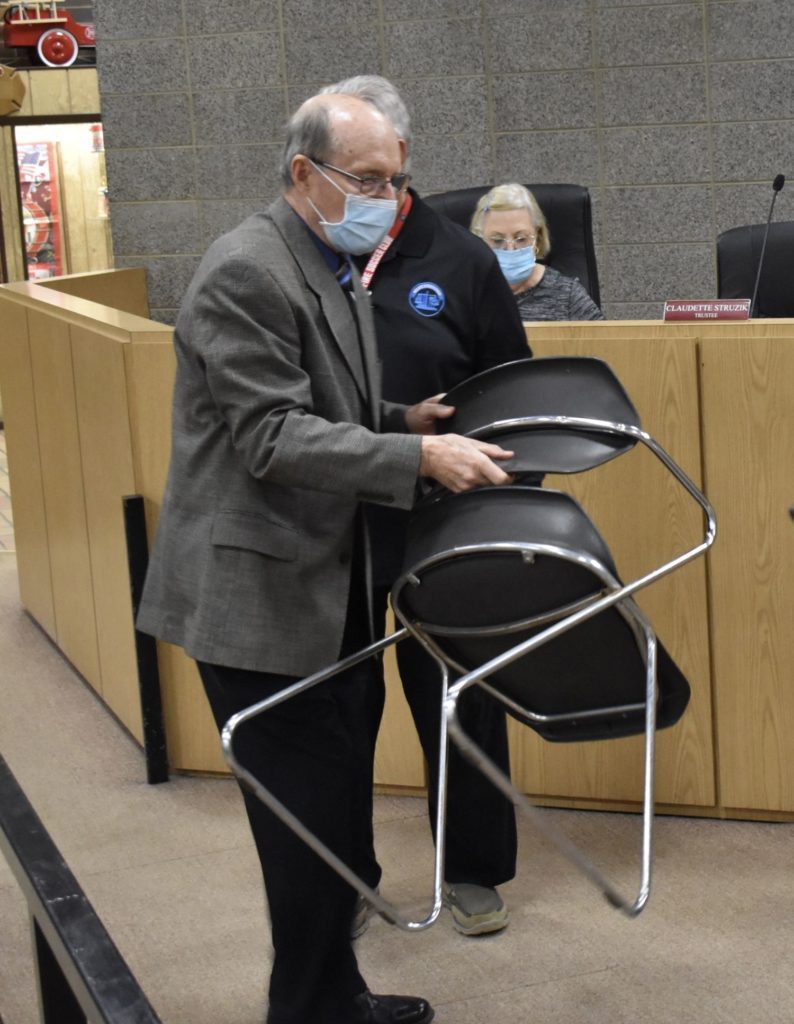 Through the years, the village of Bridgeview has acquired

parcels of land near the tollway, just south of the former golf dome.

What amounted to roughly a triangular piece of property on

the tollway’s east side isn’t enough to build on, officials said.

But it’s just what the Illinois Tollway was looking for.

– the board unanimously approved selling the land for $225,000 to the Illinois

Trustee Michael Pticek said, “Over the past years, we’ve

gotten some of the property (near the tollway).”

The tollway wants to use the land for its planned expansion,

adding a lane in each direction, officials said.

In other business, the board scheduled a public hearing for

The board approved a special-use permit to allow operation

of a truck transportation facility and fleet repair shop at 9024 S. Oketo Ave.

The village board appointed Scott Kessler and Jori Boren

Kessler has worked for the Manteno Fire Department, and

Daly said after the meeting.

much ‘turnkey’,” Daly said, meaning they will hit the ground running.

The board also approved the appointment of Ken DeVries – who

has experience as a home builder, officials said – as a building inspector.