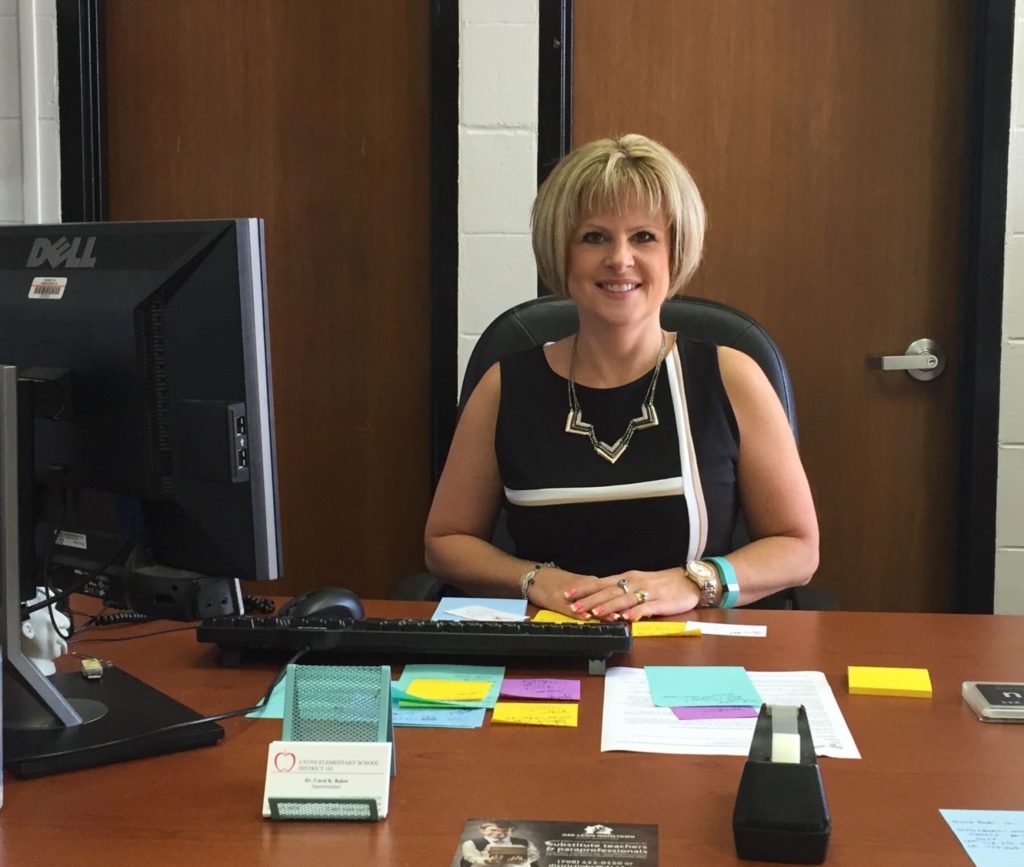 position than the one she left.

The former superintendent will be the principal of George Washington

Middle School and will be the assistant superintendent starting on July 1.

“I am super excited,” Baker said on May 29. “I loved the Lyons School

District when I came there four years ago. Fell in love with the district. Fell

in love with the community.”

The vote was 4-3 with the majority approving her return. The “no” votes

came from minority members, who were on the board when Baker’s time in Lyons

In 2018, she left for Hinsdale with a year to go on her Lyons contract

after it was clear she would not be renewed by the majority then in power.

“I only left because the previous school board pushed me out,” Baker said.

“The reality is, (District 103) kept pulling on my heartstrings.”

her returning to the district, but is hoping to win them over with her job

performance as principal and assistant superintendent.

recent job in Hinsdale Township High School District 86, where she worked as

hired in Hinsdale as to why her two-year contract was not renewed.

“That’s one of the things I’m most excited about,” Baker said. “In my

current position at Hinsdale, sadly, I don’t get to spend much time with kids

“So, I am excited to do all the great things principals do, which is to

engage with kids … to really become engaged with teachers, students and

parents at the school level,” Baker said. “It reminds us what we’re all doing

Before the school board meeting, some parents – including two former board

members – aligned with minority board members filled the parking lot outside

Washington Middle School to show their opposition to Baker’s return.

percentage of parents in the district.

Baker declined to comment, but did say “staff liked me when I was there

and I enjoyed the work.” She added: “I tried really hard to work with that

previous board and to do what’s best for kids, to present myself a neutral as

During the meeting, Supt. Kristopher Rivera and board Torres spoke highly

of Baker’s qualifications for the job.

Board member Shannon Johnson expressed her doubts about Baker’s return,

saying being principal “is not an easy job,” and asking how it’s feasible for

Baker to also be assistant superintendent.

Rivera said Baker’s “knowledge and expertise” are valuable in the job,

“When the other side took over, things changed because they were against

person. I think she’s qualified to be a principal.”

“to see how this flushes out.”

middle school. Most of Baker’s duties are expected to be as principal, he said.

Rivera in his job. Rivera said he anticipated no such problems like that.

At the start of the meeting, eight letters from the public opposing

Baker’s hiring were read into the record.

Asked about restrictions on education due to the coronavirus pandemic,

with classes at home since March, Baker said: “We are in strange times in

education today with what’s been going on because of the pandemic.”

can best meet the needs for kids despite the craziness going on out there,”

The board also approved, by a 4-3 vote, hiring Beatriz Lappay as an

assistant principal at Lincoln School for $83,000.

lunches, and approved roof replacements at Costello School for $160,050 and

Legion hall, 4112 S. Joliet, which the district owns and is just south of the

That’s the first step toward eventual demolition which, officials said, is

The board briefly considered moving the meeting time up an hour to 6 p.m.,

but decided it best to keep it at 7 p.m.