Skip to content
June 20, 2020/Comments Off on A ‘consensus builder’ and public servant 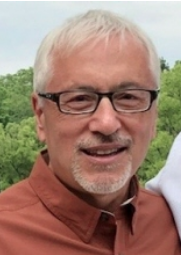 A ‘consensus builder’ and public servant

For decades, Robert S. Molaro served the Southwest Side and nearby suburbs in a number of roles, most notably as a legislator and a Democratic Party official.

A resident of Garfield Ridge, Mr. Molaro died at home on June 15, just two weeks before his 70th birthday.
A lifelong Chicagoan, Mr. Molaro graduated from St. Ignatius College Prep in 1968, Loyola University in 1972 and John Marshall Law School in 1976.
He began his career with the City of Chicago Corporation Counsel. He then established and maintained his own law practice. Today it is headquartered in Garfield Ridge.
In 1984, Mr. Molaro became Democratic committeeman of the 12th Ward, based in the Brighton Park neighborhood. It was the start of a political career that spanned three decades. He served as a delegate to the 1988 Democratic National Convention and later began his service in the Illinois State Senate from 1993-2003 and the Illinois House of Representatives from 2003-2008.
As a leading legislator, Mr. Molaro served as the Democratic spokesman of various committees. As an accomplished orator and avid student of history, he debated proposals in Springfield “with the passion brought by those who believe in the issues they sponsor,” an online obituary noted.
Mr. Molaro championed animal protection issues and was a leading advocate for Illinois horse racing and gaming expansion.
Although he retired from politics in 2008, he remained close to the public arena as a lobbyist.
Mr. Molaro “had a remarkable passion for life and had the ability to see an issue from a purely logical perspectiveÉhe offered advice that was rarely not taken,” according to an online obituary. “He was a caring and compassionate friend to many. Most of all, he enjoyed spending time with his family and his 11 grandchildren.”
In a statement, Illinois House Speaker Michael J. Madigan said, “Bob Molaro was well known for his jovial spirit, positive attitude and innate ability to bring people together and build consensus. He had a way of making everyone comfortable, even in challenging times and debates. Bob will be greatly missed by all who knew him. My thoughts are with his family and loved ones.”
State Rep. Michael J. Zalewski, a Democrat who succeeded Mr. Molaro, said he will miss him “beyond words.”
The son of the late Angelina (nee Spizzirri) and the late Samuel Molaro, Mr. Molaro was the husband of Barbara (nee Teska); father of Samuel, Robyn (Timothy King), Miranda (Daniel Diaz), Michael (Jane Middleton) and Alexandra (Daniel Stell); “Pops” of Rocco, Luciana, Francesca, Enzo, Daniel, Angelina, Evelyn, Felix, Jethro, Contessa and Isabella; brother of the late Peter (late Michelle) Molaro; brother-in-law of Nancy (Charles) Lunon; uncle of Nicholas (Rachel) Lunon.
A Service of Remembrance will be held at a later date. Arrangements are by Zarzycki Manor Chapels, Ltd. The Molaro Family appreciates memorial donations to the Pancreatic Cancer Research Program at the University of Chicago in Mr. Molaro’s name. Checks may be made payable to the “University of Chicago Medicine” and sent to: University of Chicago Gift Administration and Business Data, Robert S. Molaro Memorial, 5235 S. Harper Court, 4th Floor, Chicago, IL 60615.