December 11, 2020/Comments Off on Charge mom in twin babies’ deaths 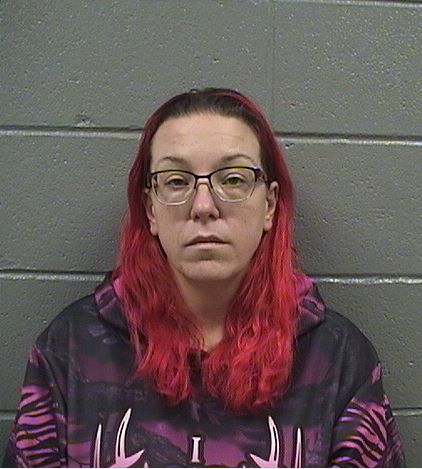 A crime that shocked and sickened many on the Southwest Side appears to have been solved, 17 years after it occurred.

Cook County Sheriff’s Police announced last Saturday that one of their cold-case investigations has led to murder charges against a Michigan woman for the deaths of her newborn twin sons.
Antoinette Briley, 41, of Holland, Mich., was charged last Friday night with two counts of first-degree murder.
On June 6, 2003, the bodies of the infants were discovered by a Waste Management employee who was emptying trash bins in an alley in the 4800 block of South Latrobe, in unincorporated Central Stickney.
A subsequent autopsy determined the infants had been born alive but died of suffocation, and the deaths were ruled homicides. Sheriff’s Police conducted an investigation at the time, but the case remained unsolved.
In 2018, Sheriff’s Police reopened the case and utilized DNA from evidence recovered from the scene in an effort to identify the birth mother using the latest developments in genetic genealogy.
A breakthrough from that research and subsequent investigations allowed detectives to eventually identify Briley as the victims’ potential birth mother.
As part of the investigation, Sheriff’s Police detectives travelled to Holland, Mich. and obtained a discarded item containing Briley’s DNA, which was matched to the DNA from the victims.
On Dec. 3, Sheriff’s Police learned that Briley was in Cook County and took her into custody after a traffic stop in Oak Lawn.
Sheriff’s Police said that Briley admitted to bearing the children in a bathtub and putting them in a duffel bag. She reportedly said she then carried the bag to her car and planned to take them to a hospitalÑbut changed her mind, took them out of the bag and stuffed them in a garbage cart in an alley. She reportedly said she believed she could get away with it because no one had been aware that she had given birth.
Bond was set at $150,000, and Briley was scheduled to appear in court on Tuesday.
According to published reports, Briley told investigators she “wishes she could take the whole day back” and that she’d kept driving to the hospital instead.
Briley lives with her 12-year-old daughter and works full-time as an assembly worker in Michigan, her assistant public defender said in court last Saturday.
News of Briley’s arrest caused a burst of activity in local social media groups such as Facebook and NextDoor. Emotions ranged from rage to sympathy to confusion.
“I can’t even imagine what those two poor babies went through,” said Gloria Menendez. “Stuffed in a garbage can on a hot June day, helpless and in total darkness with no food, no water, no air. I cry every time I think about it. I cry for those babies and I cry with anger over that woman. I hope she pays for what she did.”
Sheila Rhein said that no one knows “what’s in the mind of a young mother who gives birth all alone. There’s confusion, there’s post-partum depression, there’s a terrible swirl of emotions that can sometimes lead to a mom taking her baby’s life or even taking her own. I’m not so quick to condemn.”
Kevin Sheehan wondered “why she wouldn’t just take the babies to the hospital and leave them thereÑor a police station or a firehouse. There would have been no questions asked, and those boys would have survived and been adopted by some happy and grateful couple. It makes no sense to me.”