Skip to content
January 1, 2021/Comments Off on Pandemic takes toll on new laws for Illinois 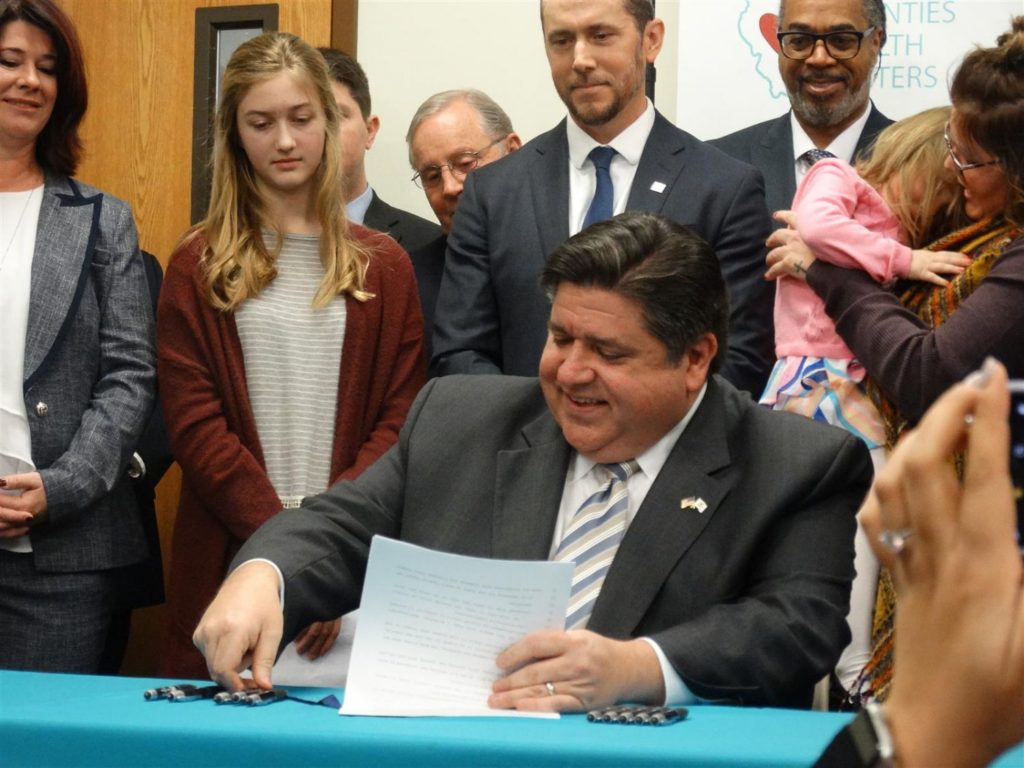 The making of laws appears to be yet another victim of the coronavirus pandemic in Illinois.Ê

Normally, we see dozens of new laws taking effect on a wide range of topics each New Year’s Day. But as 2021 begins Friday, there are only three new laws on the books in Springfield.Ê

Although not a new law, the state minimum wage in Illinois is also set to increase on Friday to $11 per hour.Ê

In a law sponsored by Assistant Majority Leader Tony Munoz (D-Chicago), a process is created for using DNA to attempt to identify and locate a missing person.Ê

According to a release on www.illinoisstatedemocrats.com, law enforcement agencies can face roadblocks collecting DNA samples when trying to locate missing people.Ê

Public Act 101-0266, allows law enforcement agencies to collect DNA samples of the missing person or attempt to collect and create a reference DNA sample from their family members, the release said.Ê

The law also adds the National Missing and Unidentified Persons System (NamUS) to the list of laboratories law enforcement agencies can coordinate with when trying to find a missing person.Ê

NamUS is a national information clearing house and resource center for missing, unidentified and unclaimed person cases across the country.Ê

Missing people’s information would need to be submitted to NamUS within 45 days. In high-risk missing person cases, law enforcement would be required to submit a packet of all relevant DNA samples to NamUS within 30 days.Ê

“DNA testing can help reunite missing people with their families,” Munoz said in the release. “If a family member of yours is missing, you can now provide DNA samples to law enforcement to help find them.”Ê

“Successfully finding a missing person requires law enforcement to move fast, and we want to make sure they have every tool available to do their job,” Munoz added. “By using the national system, we have a better opportunity of finding missing people sooner.”Ê

In another new law, diabetics should benefit greatly from Senate Bill 667 which caps all out-of-pocket insulin costs at $100 per month, according to a story on www.khqa.com.Ê

According to the release, the law applies to all patients using a state-regulated insurance plan, regardless of the supply they need.Ê

Additionally, it requires the Departments of Insurance, Human Services, and Healthcare and Family Services to jointly issue an “insulin pricing report.” This report will include details on insulin pricing practices and recommendations to prevent overpricing of insulin.Ê

According to Manar and Guzzardi, about 1.3 million Illinois residents have diabetes and rely on insulin to manage their blood sugar.Ê

The bill, which passed with bipartisan support, empowers the attorney general’s office to keep survivors’ home addresses private from their attackers and stalkers.Ê

“Investigations of sexual assault can be long, grueling and emotionally devastating for survivors,” Glowiak Hilton said on her website, www.senatorsuzyglowiak.comÊ

“It’s critical for survivors to feel safe at home during and after the conclusion of the investigation.” she said in the release.Ê

The law allows survivors of sexual abuse or stalking to list the attorney general’s office as their contact address instead of revealing their actual address, avoiding any risk that their abuser might locate them.Ê

The minimum wage increase is part of a bill signed last year by Gov. JB Pritzker that will raise the state’s minimum wage to $15 per hour by 2025.Ê

“We want to make sure that workers earning minimum wage are aware that the $1 increase should be reflected in their pay checks for any time they work after the first of the year,” said Michael Kleinik, director of the Illinois Department of Labor. “While we fully expect employers will pay the new wage, we also want workers to be aware of the change.”Ê

A study by the Illinois Economic Policy Institute at the University of Illinois indicated that more than 1.4 million adult hourly workers in Illinois make less than $15 per hour.Ê

Workers who are under 18 years old and work fewer than 650 hours in a year will earn a minimum wage of $8.50 per hour beginning January 1. The youth minimum wage rate will gradually rise to $13 an hour by 2025.Ê