Skip to content
January 8, 2021/Comments Off on CPS, teachers butt heads over return to classroom 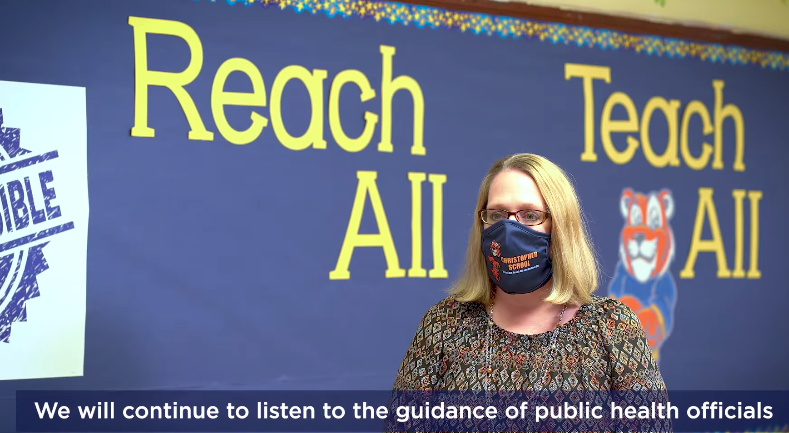 Public schools across the Southwest Side were a bit tense this week, as a number of teachers continued to defy orders to return to worksites they have not used since the start of the pandemic in March.
“CPS wants to force pre-kindergarten and special education cluster teachers back into buildings on Monday [Jan. 4], six days before Chicago Mayor Lori Lightfoot’s most recent stay-at-home order expires Ñ and before health professionals can gauge any additional post-holiday risk of spread,” Chicago Teachers Union leaders said in a statement. “At the same time, more than two-thirds of black and brown parents have rejected in-person learning, despite pressure from CPS to agree to send students back starting on Jan. 11, putting the lie to the mayor’s ‘equity’ claims that schools are being reopened to serve the District’s overwhelmingly non-white students.”
CPS students enrolled in special education programs or in pre-k classes had the option to return on Jan. 11. CPS students in K-8 will be able to return on Monday, Feb. 1. High school students who learn in general education settings will continue learning at home, at least for the time being.
Union leaders charged that CPS has also refused to commit any of the $800 million in new federal COVID-19 relief to support the District’s non-white students.
CTU officials have proposed that CPS delay the start of in-person learning until teachers can be vaccinated against COVID-19, and then extend the school year into the summer. CPS initially did not respond to the idea.
“The CTU has called on CPS to fast-track the hiring of nurses, since virtually no CPS school has a nurse onsite more than once a week,” union officials said. “And the Union has called on CPS to invest in more social workers, counselors and wrap-around supports to help students navigate the trauma of a virus that has disproportionately harmed Chicago’s Black and Latinx communities, even as families are confronting mounting financial hardship and Chicago is reeling from one of the most violent years in its history.”
CPS officials, as well as City public health leaders, have insisted that the schools are reasonably safe for re-entry.
“We know that the best place for your child to learn is in the classroom, and we have been working tirelessly to prepare our buildings to welcome students and staff back to school,” CPS officials said in a statement. “Following the guidance of our public health officials, we are planning to begin opening our school buildings for families who choose to return following winter break.”

The issue has sparked debates among Southwest Siders on social media platforms.

“It’s time for these teachers to get off their butts and get back to work,” said Daisy Ramirez. “All other City workers have been on the job. Why not teachers?”
Tressa Michaels replied that CPS teachers “have been on the job faithfully all along. Do you have any idea how hard it is to teach you people’s kids remotely? Teachers earn their pay.”
Petra Dunavant said she understands CPS teachers’ concerns about returning to in-person learning, “but Catholic school teachers have been in their classrooms, on the jobÑand I think the evidence shows that [in-person learning] does to not contribute to the spread of COVID-19 in any significant way.”
Larry Resnik said he “would feel more confident if the leaders of our city set an example by sending their children to public schools. But so many don’t.”

Eight of the 10 aldermen serving Southwest Side wards joined 24 other City Council members to express their concerns about CPS sites reopening.
In a letter to Mayor Lori Lightfoot and CPD CEO Dr. Janice Jackson, the aldermen said they are “deeply concerned that Chicago Public Schools’ current plan for students and staff to return to school buildings does not meet the district’s objective of increasing equity for students, and fails to adequately address a number of safety concerns identified by parents, students, and staff in light of the ongoing pandemic.”
The two Southwest Siders not signing were 12th Ward Ald. GeorgeÊ Cardenas and 17th Ward Ald. David Moore.
The letter offers nine suggestions to improve matters at CPS. Most relate to transparency in decision making and clarity in communications with parents and CPS employees.
(Editor’s Note: More news coverage and photos in the print edition of the Greater Southwest News-Herald, available on local newsstands. Or better yet, call 708-496-0265 during weekday business hours and order convenient home delivery for about 50 cents a week.)