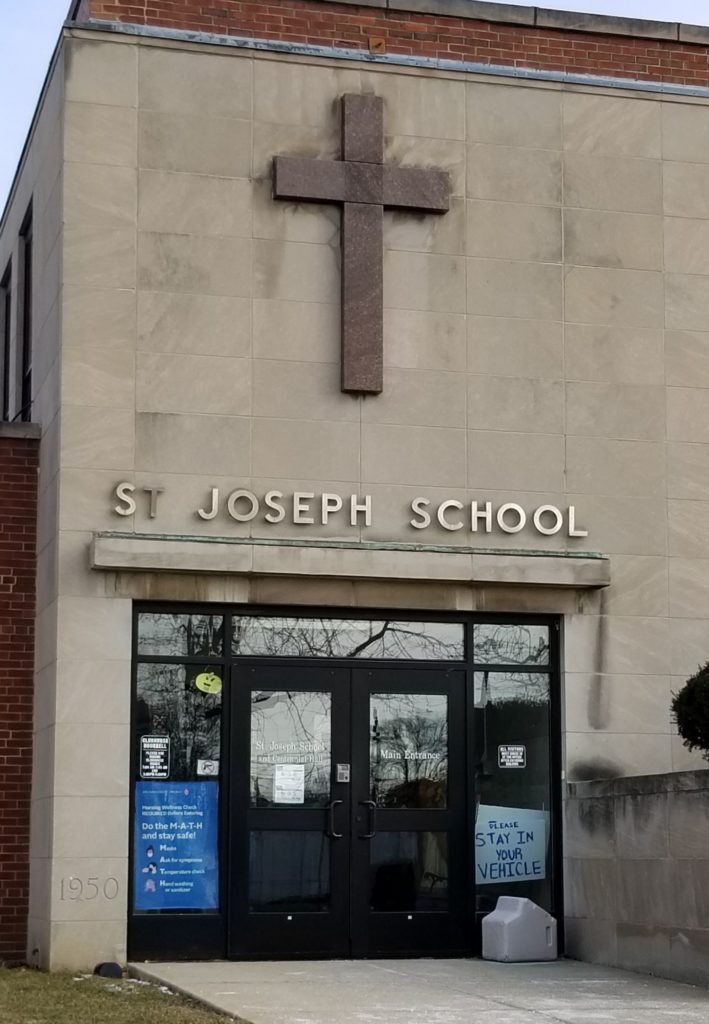 End of an Era

St. Joseph School to close at end of school year

St. Joseph School in Summit will close its doors for the last time this summer when the Catholic school finishes its school year on June 30.

The Archdiocese of Chicago announced the closure last week at the same time it announced St. Joseph Parish would be merging with St. Blas Parish effective July 1.

The move had been anticipated by some in the community because of the school’s shrinking enrollment. There were only 12 students in last year’s graduating class.

According to the archdiocese, St. Joseph School, which was founded 107 years ago, has seen a 33 percent decrease in enrollment over the past four years, which has created financial strain on the school. As a result of the loss of 60 students in the last four years, the school faces a deficit of $345,000 this year and despite strong fundraising efforts cannot cover its debt.

“School closures are always difficult because we recognize the impact they have on students, their families and our staff,” said Dr. Jim Rigg, superintendent of Catholic Schools. “The archdiocese will work with each affected student and employee to assist them in finding places at other Catholic schools wherever possible.”

The archdiocese said it would help families transition to nearby Catholic schools and work to place teachers and staff in open positions across the archdiocese.

Among those affected by the closing will be Principal Claudia Mendez, who did not return a phone call.

Mendez started as the new principal in July replacing longtime St. Joe principal Lawrence Manetti Sr. after he retired in June. He had been principal at the Summit parochial school for 24 years. She made the move to St. Joe from St. Maria Goretti School in Schiller Park, which was one of five Catholic grade schools that closed last June. She had been principal there since 2016.

Parents of students and alumni were upset by the news of the closing.

Dawn Dinon, of Summit, shared her feelings in a posting on the Greater Southwest News-Herald Facebook page:

“I’m so sad and extremely angry to hear that St. Joseph grade school in Summit will be closing at the end of this school year. This is terrible news.

“We just spent much time and resources to raise money to provide air cleaners to each classroom, which we succeeded in doing. Our school has been going strong this year, classes were in session, even while public schools remained closed due to COVID.

“We do not get government funds. We have to work hard as parents and teachers to provide for our students, but we do it. We have spent decades working hard to keep St. Joseph School open.

“My granddaughter still goes here, and all five of my children have graduated from here (such a great school to prepare them for a college prep high school). I was looking forward to seeing my granddaughter graduate from here, too.

“My husband and I have spent at least 27 years helping this little school with a big heart stay open. My hubby has been a school board member for over a decade. We have both been on the parent club for many years. I have been a member of the parent club and the School Guild and a member of the Finance Committee to help figure out how to increase enrollment.

“I have also been a volunteer Boy Scout leader here and spent many years as a room parent. My family and I have volunteered our time and our money and our resources to paint the lunchroom and the new office and the school hallways during the summers when the school was closed.

“We have moved the library down a floor by ourselves and my hubby, my children and I have volunteered many hours to work various fundraisers for our favorite cause.

“Our future has always been with our youth, but sadly, the Archdiocese can no longer support or see the inevitable.”

St. Joseph is one of four schools the archdiocese will be closing this year. Also closing will be Christ Our Savior School in South Holland, St. Ann in Lansing and Sacred Heart School in Melrose Park.