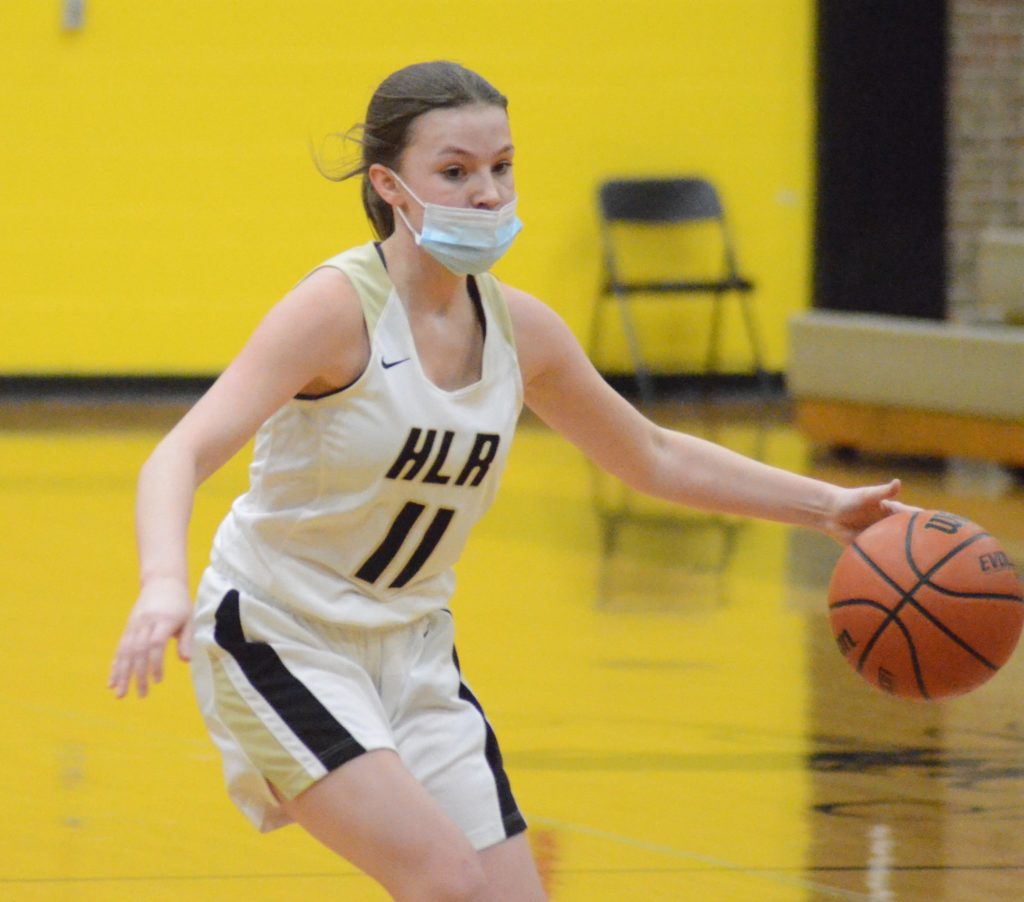 Even when she is relaxing, Richards senior Nikki Sobieszczyk is working on her game.

When COVID-19 concerns wiped out a lot of basketball events in 2020 and put the 2020-21 season in jeopardy, the 5-foot-4 guard worked on improving her strength and her skills.

Oh, and when it was time for some down time, she would lie down on her back and continue to work on her game with a basketball in her hand, practicing the shooting motion to get her muscle-memory down.

If there was a season, Sobieszczyk had plans on taking over for one of the best female basketball players in Bulldogs’ history – Halle Idowu. That season is finally here.

“It’s stressful but I love leading the team,” Sobieszczyk said. “I am taking over Halle’s spot, and with what she has done, I am just following in her footsteps. I think I’m doing a pretty good job at it.”

She had a second half worth remembering against Shepard on Feb. 16. She was held scoreless in the first half but exploded for 19 points in the final 16 minutes, including 12 in the fourth quarter to lead the Bulldogs to a 39-33 home victory in the South Suburban Conference Red.

With 1 minute, 53 seconds left in the game and the Astros holding a 29-28 lead, Sobieszczyk went to the line — and missed both free throws. But she got in position for the offensive rebound and connected on a 3-point basket to put the Bulldogs up by four.

She hit 7 of 8 free throws the rest of the way to keep the Bulldogs ahead.

Idowu, who is now playing for Toledo, had a Holy Toledo four-year career at Richards, with a school-record 1,853 points to go with 1,065 rebounds, 238 assists 129 blocked shots and 290 steals. She averaged a double-double in scoring and rebounding in both her junior and senior seasons with the Bulldogs.

Idowu has come off the bench in all of the Rockets’ first 19 games and is averaging 2.5 points per game while shooting 57 percent and 3.1 rebounds in an average of 12 minutes a game.

Richards senior Lilly Moran added 10 points against Shepard, including all six of the Bulldogs’ first-quarter points.

That was Richards veteran coach Jeff Kortz’s 291th victory of his career. With an abbreviated season, it’s doubtful he will hit the 300-win milestone this campaign, but said he isn’t interested in that.

“It’s all about the kids I have playing and them getting better every day,” he said.

Shepard’s Gianna Spain popped in 15 points against the Bulldogs, including eight in the fourth quarter.

The Astros dropped a 50-19 game to Oak Lawn on Friday and fell to 2-2 overall. One of those victories was a buzzer-beating overtime triumph over Lemont, with Kelly Greene providing the heroics. 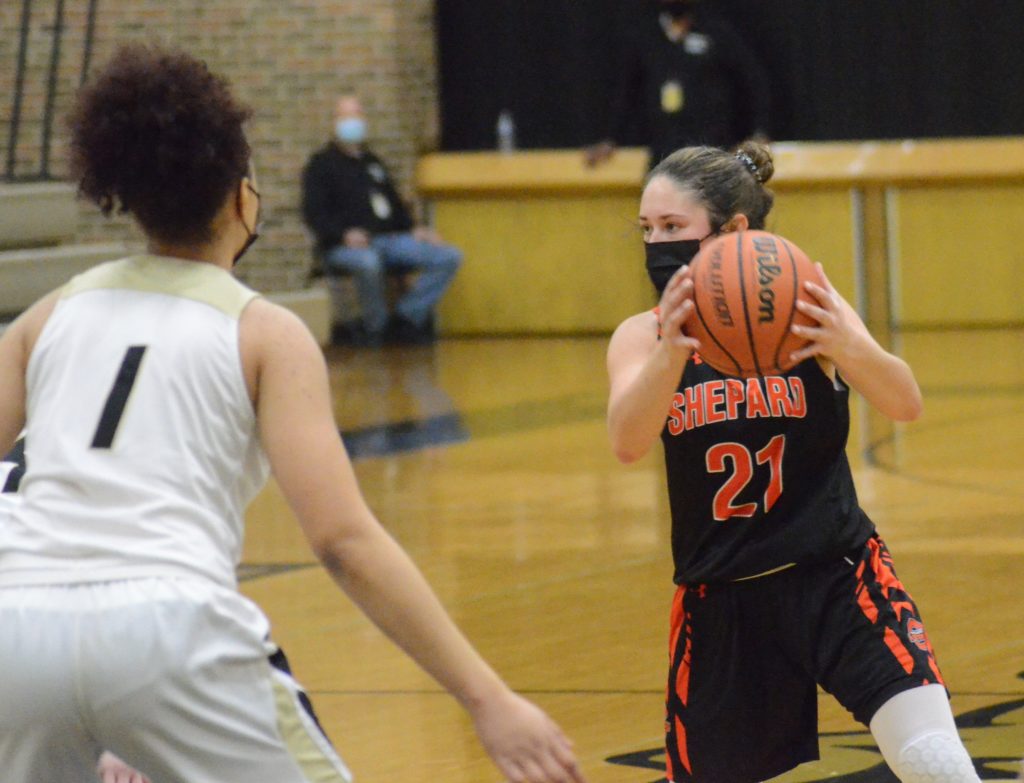 Shepard’s Gianna Spain scored 15 points to lead the Astros in a close loss at Richards. Photo by Jeff Vorva