February 27, 2021/Comments Off on Boys Basketball: Taylor goes off for 37 as Richards tops Evergreen Park 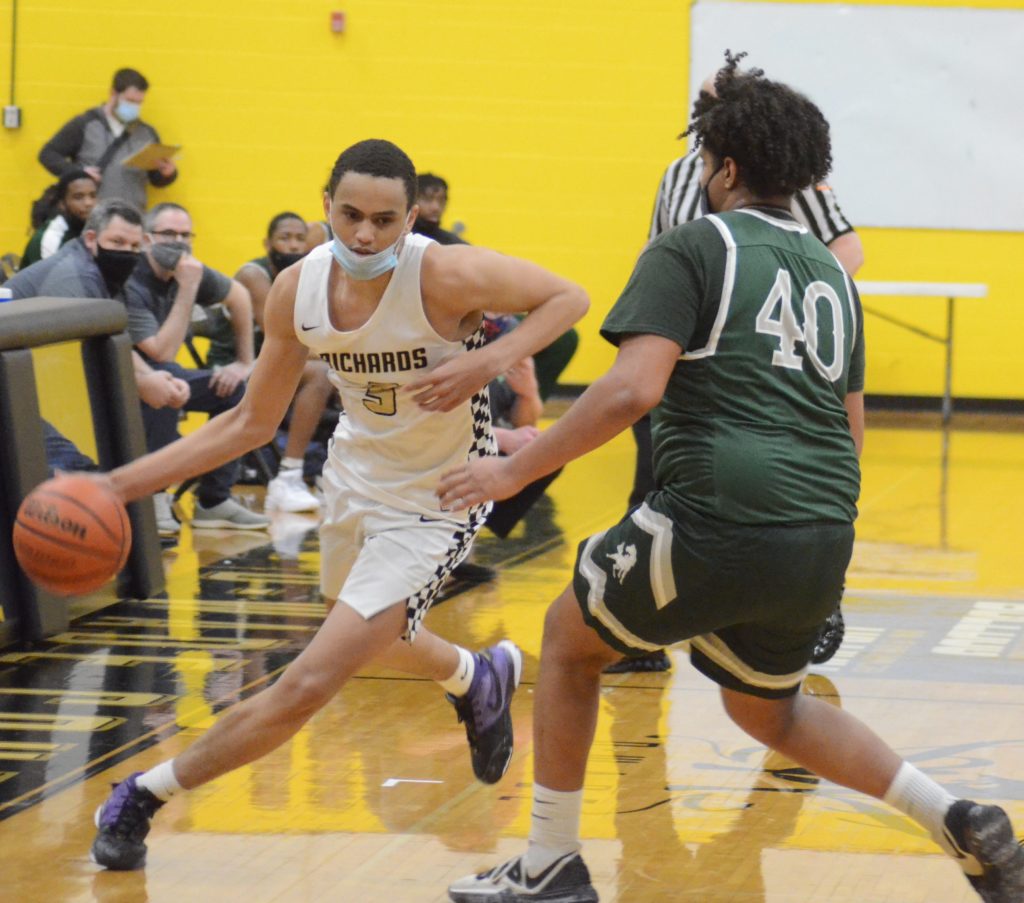 Richards forward Anthony Taylor tries to get by Evergreen Park’s Chris Palmer last Thursday. Richards won a 91-74 home game against the Mustangs and Taylor had 37 points.
Photo by Jeff Vorva

There were some offensive explosions between 6:30 and 8 p.m. on Thursday in Oak Lawn.

Evergreen Park and Richards got together in a South Suburban Red battle, and it was a busy night for the scoreboard operator as the Bulldogs defeated the Mustangs, 91-74, to keep their record perfect at 6-0.

Evergreen Park’s Malik Kelly enjoyed a first-quarter explosion with 10 of his 23 points coming in the first eight minutes.

Mustangs freshman Nolan Sexton had a few mini-explosions to finish with 18 points.

On Richards’ side, Stevon Lige scored 13 of his 23 points in the fourth quarter.

Santiago Rios nailed a trio of 3-pointers to finish with 15 points.

Those five had a night to remember.

But 2021 may be Richards senior Anthony Taylor’s year to remember, and days after signing with Moraine Valley Community College he started the pandemic-abbreviated season on a roll. He has in six games been unstoppable.

Taylor finished with 37 points, hauled down 16 rebounds and added four blocked shots in the victory over EP. The 6-foot-7 senior forward hit a pair of 3-point baskets and had a few highlight-film dunks against Evergreen Park, which fell to 3-3.

“I’m versatile and I can adjust to whoever is guarding me,” Taylor said. “Being able to play inside and out is a big plus and I can handle the ball. It all just ties together.”

“He’s hard to handle,” Richards coach Chris Passafiume said. “We use him inside when there are mismatches and he can shoot 3s. He’s so long defensively and he gets a lot of deflections and changes shots. He does a lot of things that don’t show up in the scorebook. His versatility is a God-given gift.”

The coach knows some big games are in the Bulldogs’ future. They are scheduled to visit Lemont Monday night and are slated to face strong competition with upcoming home games against Oak Forest (March 5), Oak Lawn (March 9) and Hillcrest (March 12).

But Passafiume is enjoying the six-for-six start.

“Three weeks ago, we didn’t even know we would have a season,” he said. “I felt really bad for the seniors that they wouldn’t have closure. Last year’s team had our first 20-win season in 11 years here at the school, so those guys stood on their own merits. I was hoping these guys would be able to build up their own name and leave their own legacy. I’m glad we got the opportunity to do it.”

The state of Evergreen Park at this point in the season, where the Mustangs are 3-4 after a 78-55 loss to Lemont on Friday?

The Mustangs can score.

And they can give up a lot of points.

That second wrinkle is something first-year EP coach Jim Sexton wants ironed out.

“We’re probably giving up 75 points a game,” he said. “We’re not rebounding the ball really well. We don’t have a ton of size but we need to do a better job at team rebounding. The offense is starting to look better each game. Defensively, we have to be more consistent.”

Some Mustang players are not lacking confidence, and they’re enjoying Sexton’s style of moving the ball up and down the court quickly.

“I’m disappointed we haven’t won more,” said Kelly, who popped in 20 points against Lemont. “We’re the best team in the conference; we’ve had some off-games. Everybody has their off-games.” 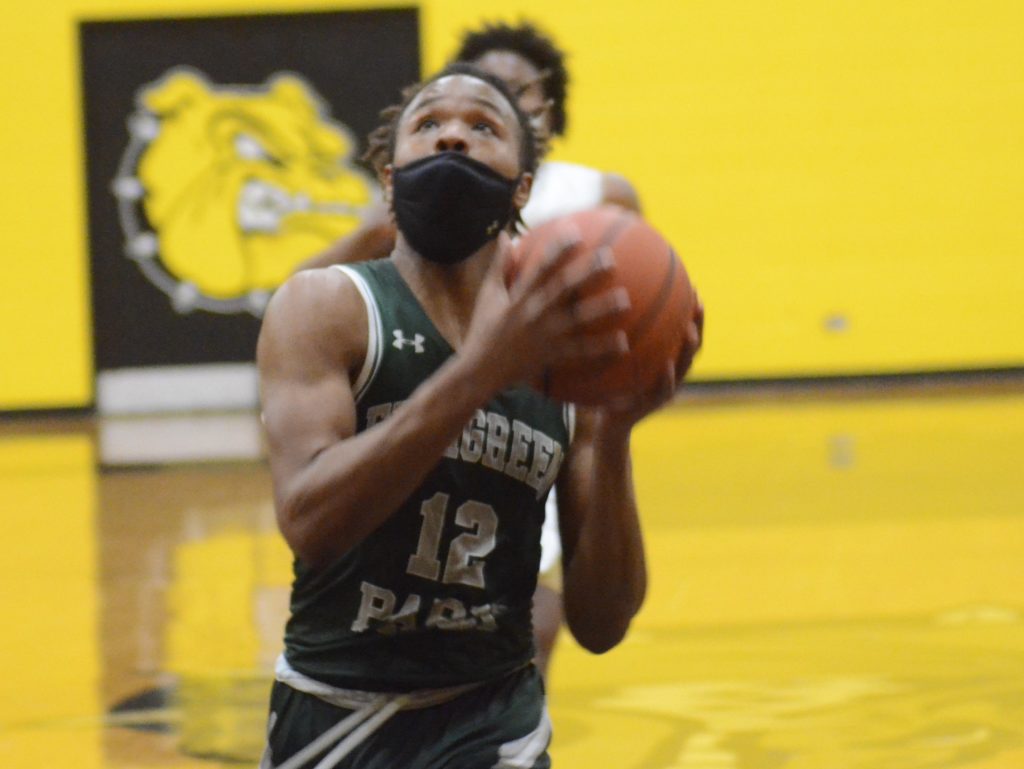