April 2, 2021/Comments Off on 2 men charged with murder in Bridgeview shooting 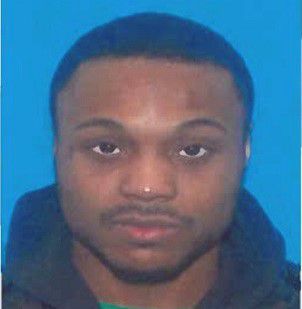 Murder charges were approved for the two men arrested for the fatal shooting of a man waiting in line at the Bridgeview Secretary of State Driver’s facility last Wednesday afternoon.Ê

Matthew Givens, 23, of Lansing, and Cortez Hudson, 24, of Chicago, were each charged with murder and attempted carjacking.Ê

Police said Givens and Hudson walked up to Jawaun Davis, 21, of Chicago, as he was waiting in line about 1:35 p.m. at the facility at 7358 W. 87thÊSt. in the Southfield Plaza and began firing two handguns at him. He was hit multiple times.Ê

Police said Givens and Hudson then fled the scene in a vehicle. The getaway car was spotted and pursued by Bridgeview and neighboring police. The men jumped out of the vehicle near 99thÊStreet and Roberts Road in Palos Hills and unsuccessfully attempted to carjack a passing vehicle, a Tesla.Ê

The Tesla owner was threatened and he left the vehicle to the carjackers, but the two men were unable to escape because they couldn’t figure out how to get it started. That delay allowed police to catch up with them and arrest them about an hour after the shooting.Ê

Police said Davis was taken in critical condition to Advocate Christ Medical Center in Oak Lawn, where he died a short time later.Ê

“As always, it is due to the hard work extreme cooperation of all police agencies that consistently back each other up and tirelessly help one another,” said Bridgeview Police Chief Ricardo Mancha. “I would like to take a moment to thank all the agencies that were involved, Oak Lawn, Alsip, Burbank, Palos Hills, Hickory Hills, Justice, Illinois State Police, Bedford Park, Palos Park, Palos Heights, Willow Springs, Secretary of State Police, and Hodgkins.Ê Ê

“They were among the many agencies that were instrumental in bringing these individuals into custody.Ê The South Suburban Major Crimes Task Force then worked tirelessly conducting the investigation to bring charges against these individuals.”Ê

Police said they did not yet know what might have led to the shooting.Ê

Both suspects appeared at the Bridgeview Courthouse on Friday. Both men were ordered held without bail. Bail was set at $10,000 for Givens for an unrelated case at the Markham Courthouse.Ê