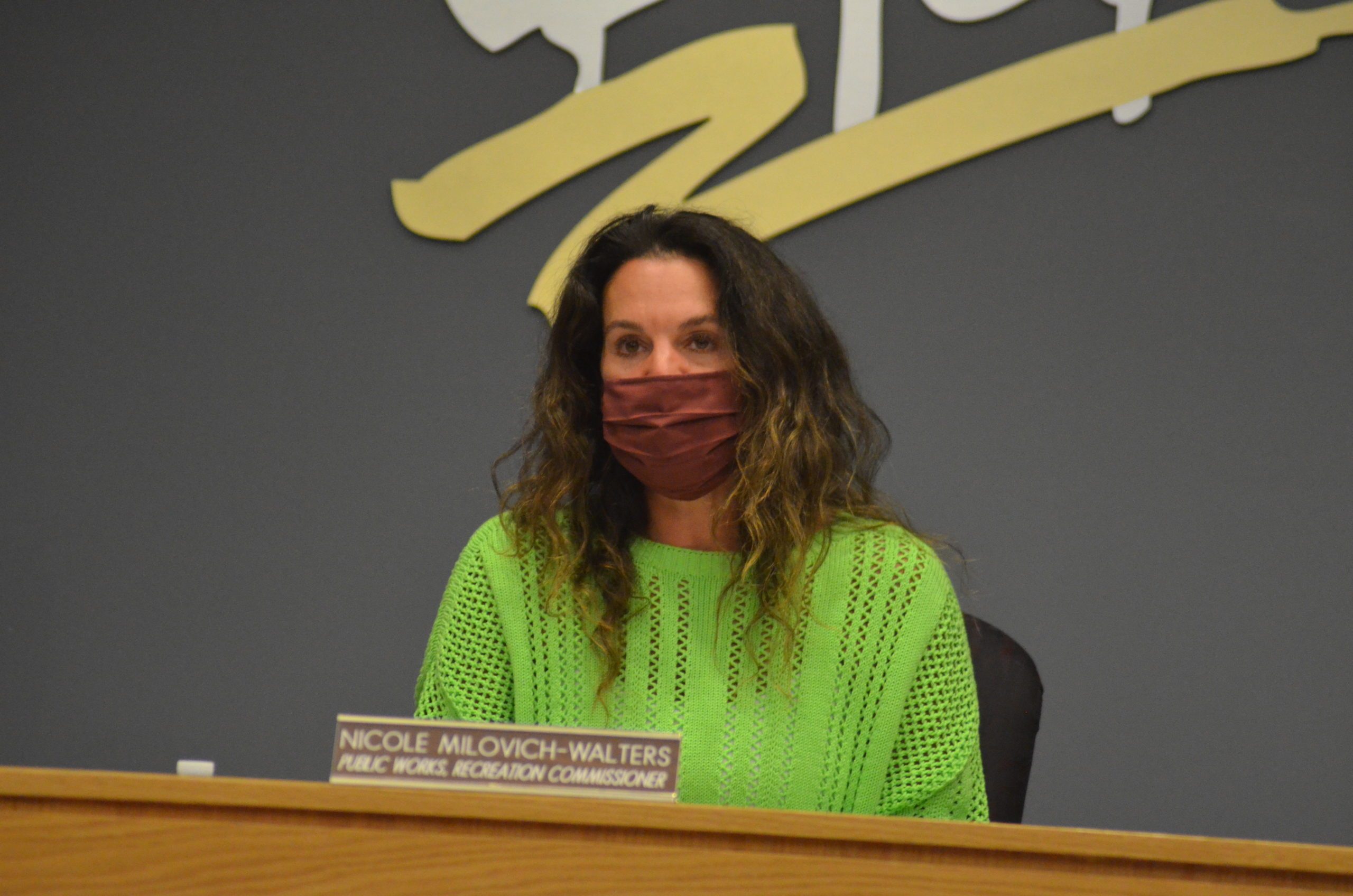 Palos Park Commissioner Nicole Milovich-Walters goes over a lineup of activities planned for the village during a special meeting on Monday. (Photo by Jeff Vorva)

The good news for Village of Palos Park Commissioner Nicole Milovich-Walters is that she was able to announce a series of events in the spring, summer and fall during Monday night’s special village council meeting.

Many of them were whacked because of COVID-19 concerns in 2020. It appears that they will take place as state COVID mitigations ease.

The bad news for the commissioner is that the first event on her list is in jeopardy. It’s not because of too much COVID. It’s because of too little CASI.

The village’s Chili in the Park event is slated for April 17. Thus far, the event is well off the mark of having a minimum of 15 Chili Appreciation Society International-affiliated cooks for the competition.

“We usually host it in February but we couldn’t do it indoors this year,” Milovich-Walters said. “We moved it to April so we could move it outside. Over the years we’ve had 30 cooks. I don’t know if it’s a year has gone by and no one is excited to cook. We’re hoping in the next week we can get some cooks signed up and we can have the event.”

The Concert is the Park is slated for June 17, but a band has not been signed yet.

The Hot Dog Day and pet parade events are scheduled for July 22 and Movie in the Park is listed for Aug. 6.

The Autumn in the Park Festival is scheduled for Sept. 17 and 18 with Libido Funk Circus and Mike and Joe serving as the headlining acts.

As reported in the March 25 edition of the Regional, the council made it official with a unanimous vote (with commissioner G. Darryl Reed absent) to execute a disconnection agreement with the 36-hole Gleneagles Country Club.

It’s a settlement of a pending lawsuit the country club had filed with the Circuit Court of Cook County and the village will received $125,000 in compensation.

The village will keep close to 40 of the 192.5 acres of the property and 50 feet of permanent utility easements.

Commissioner Dan Polk, who is a doctor, is preaching to residents not to worry about which type of COVID vaccination to get, just get vaccinated.

He says the best type of vaccination is the one that is available because those given are similar.

“There are some differences among the products,” he said. “The issue here is to try to compare head-to-head one product over another. They were all tested at different times with different groups of people. It’s difficult to draw direct comparisons. I wouldn’t worry one bit about which shot is going into your arm.”

The special meeting was called because the regularly scheduled meeting on March 22 was cancelled because of a lack of a quorum.