April 15, 2021/Comments Off on Schools getting a big share of COVID relief funds 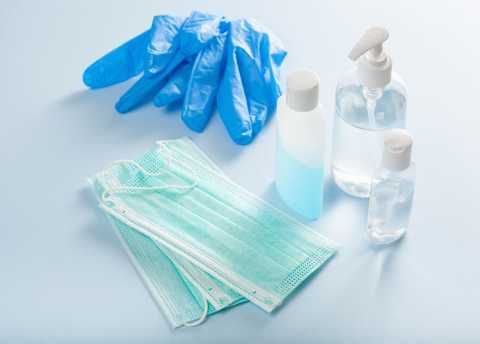 Schools getting a big share of COVID relief funds

districts throughout the southwest suburbs stand to gain millions of dollars

from the COVID relief packages passed in response to the pandemic.

school districts are set to receive over $100 million in relief, state Sen.

that the end of the pandemic finally seems to be in sight, this new funding

“Local teachers, schools and students have put up with so much during the pandemic,

first batch of COVID relief for schools was called ESSER, which stands for

Elementary and Secondary School Relief Fund, which was created as part of the

purchase PPE to make schools safer for staff and students.Ê

Springs District 109 and Argo District 217, for example, used the ESSER I funds

to buy sanitizers and facemasks and to purchase ultraviolet light emitters, which

so we’d like to have one for each building.”Ê

Argo High School, administrators said they had implemented a number of safety

procedures including placing hand sanitizer in all rooms, entryways and

hallways, buying 45,000 masks and face shields for students and staffers,

mounting ultraviolet lights to disinfect surfaces and the air, and creating

ESSER I funds to support our remote and hybrid learning needs. The money was

equipment for students and staff members along with cleaning equipment and

the district is a bit over an estimated $4 million. That brings the total it

should receive to $6.4 million after three rounds of relief.

buildings, Rivera said, noting that 20 percent of the $4 million “has to be

review and have a public comment period,” Rivera said.

no timetable for when the funding will arrive, he said.

definitely are looking at air quality considerations with our HVAC units,” he

said. “Of course, there are learning loss initiatives.”

learning expenditure they are planning on is $200,000 for an in-person summer

school program that starts in July.

(school) day, maybe extending the school year,” Rivera said. “Those are all

allowable. What we’re doing now is discuss what might be the best use of that

in technology like desktop computers is being considered, he said.

“We’re likely to make a big wish list and then scale back, say what are the

more necessary items in the near future, just in case we get a curve ball

said the district officials want to careful of jumping on a fad, noting as an

as easily from surfaces as had been thought before.

thing I want to be really careful of is not jumping on the next bandwagon,

dropping $1 million on something that in three years is obsolete,” he

receive another $1 million, bringing its total to roughly $1.48 million.

spent on additional custodial and maintenance services, along with PPE

“We (also) kept all our paraprofessionals and security staff

employed full-time,” Skinkis said. “This new money is what we’re starting to

Possible spending could be for the hiring additional staff,

or full-time employees, “to make sure that class sizes can manageable under the

new guidelines so we can still do the three-foot social distancing.”

More paraprofessionals may be hired to accommodate additional

“We’re (also) looking at waiving all the costs related to

Skinkis said there is no date when Riverside-Brookfield can

expect the third payment to arrive.

next fiscal year at some point,” he said. “We’re trying to be creative, but at

the same time responsible in the event the payments are delayed.”Ê

II funds are coming from the COVID relief package passed at the end of 2020.

ESSER III funds will be coming from the American Rescue Plan.

II funding can be used for the same things as ESSER I, namely to addressing

learning loss, preparing schools for reopening, and testing, repairing, and

apply to the Illinois State Board of Education, which controls the money.

Districts should receive their ESSER II funds sometime this summer.

that allow staff to provide remote instruction if needed,” McCurdy said. “We

created by this pandemic school year. We’re also looking at enhancing our

student and teacher technology. Finally, we’re looking at the efficacy of

At Summit District 104, set to

HVAC upgrades and measures to address the instructional needs of our

Nuccio said District 109 will use its $3.9 million in ESSER

II money for summer school and after-school programs, as well as tutoring programs.Ê

Whelan said he hopes to have his ESSER II projects approved

by the end of May.Ê

The last COVID relief package, the American Rescue Plan, is

expected to be the biggest for local school districts.

be required to spend at least 20 percent of its money on learning loss. But beyond that, school

districts can use the money to address many different issues and costs. For

example, it can be used to better equip schools for safe learning, to prevent

programs, or to ensure all students have access to reliable Wi-Fi and

Local districts don’t have firm numbers yet, but the

expectations are huge and when combined with ESSER II funds the totals are, in

For example, Morton School District 201 is set to receive

under ESSER II and is in line for another $8.8 million from ESSER III for a

Other districts will receive a fraction of that amount.

Riverside-Brookfield District 208, for example, is set to receive a combined

In total, Illinois will have