May 20, 2021/Comments Off on History in Willow Springs: Neddermeyer sworn in as first woman mayor 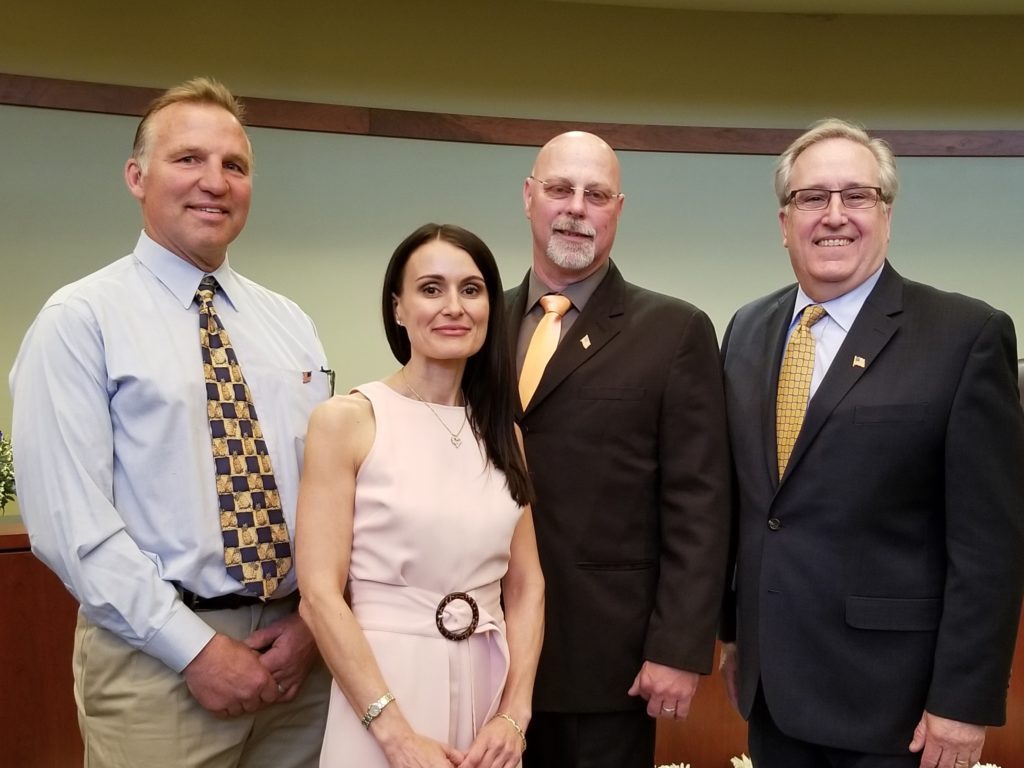 It was a packed house, in fact, standing room only, May 13 in the Willow Springs Village Hall. 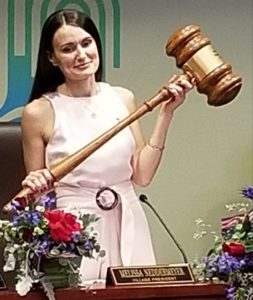 New Willow Springs Mayor Melissa Neddermeyer holds the giant-sized gavel she was given after being sworn in as new village president.

Melissa N. Neddermeyer was about to be sworn in as the first ever female village president. Along with her, Trustees Tom Arra, Michael C. Kennedy, and Rick Mika would also take the oath of office.

There was a sense of excitement amongst everyone in attendance, which included Neddermeyer’s family in the front row. In the outer hall, those that couldn’t get a set in the board room gathered near the door to get a look inside.

Cook County Circuit Court Judge John Allegretti did the honors of swearing in the new mayor and trustees. The entire room exploded with applause for each one.