June 6, 2021/Comments Off on Daina pedals with a purpose 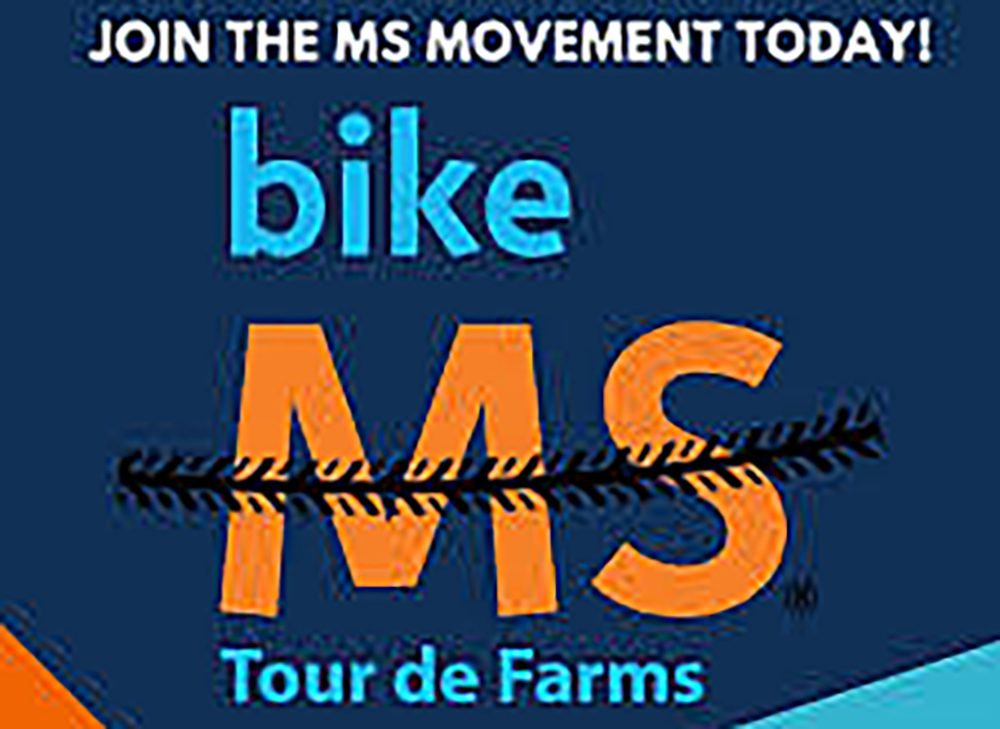 Daina pedals with a purpose

Over the past several years I have been sharing a special journey taken at this time every year by Daina Cyvas, Communications and Project Coordinator for the Sisters of St. Casimir. Once again she has signed up to ride for Bike MS, the fundraising vehicle that is changing the lives of people affected by MS (Multiple Sclerosis) and helping fuel progress toward a world free of MS.

This is no small feat on Daina’s part. She trains for this event by riding 15 to 20 miles at least three times per week. That is a lot! So, what makes her continue to do this every year?

“My supervisor, Sister Margaret Zalot has MS. She is one of my MS heroes!” Daina says. “I’m riding because I want everyone to know about the Sisters of St. Casimir, their Foundress Mother Maria Kaupas, who may be a saint in the near future, and Sister Margaret Zalot. And I ask for your support.”

This year’s Bike MS: Tour de Farms event is taking place on June 26. To help find a cure for MS, a donation can be made by writing a check payable to “National MS Society” Memo: Daina Cyvas Tour de Farms and drop off or mail it to: Daina Cyvas, c/o Sisters of St. Casimir, 2601 W. Marquette Road, Chicago, IL 60629. You may also donate online at mssociety.donordrive.com/participant/31070.

A couple of weeks ago, we talked about the Divvy Bike Program. While new sites have not been finalized, I was surprised to see a bike on 66th and Mozart, and two more locked up at Marquette Park. So, while it is still a bit inconvenient to take part in the program in our neighborhood, people are still doing it.

Speaking of Marquette Park, if you are a senior and an avid duffer, remember to sign up for the 38th Senior Amateur Championship held annually at Marquette Park. This year’s event is on Saturday and Sunday, June 26 and 27. Each day is 18 holes of stroke play. For more information, stop at the clubhouse or go to Amateurgolf.com.

I stopped in at the Monarca Event Room, 3300 W. 63rd St. When I was last there two weeks ago, Jeanette was preparing to begin a remodel. The idea was to give the event area more space while still allowing access to the front office for events that overflow. It turned out really nice. She has pushed out a wall and put in French doors, opening up into the event area and added a welcoming touch with flowers and greenery. Jeanette plans on having an event for Father’s Day weekend. I’ll let you know as plans are finalized next week.

The Chicago Lawn Branch Library, 6120 S. Kedzie, has resumed its Sunday hours from 1 to 5 p.m.

Now let’s return to 1966. Last week we had just left Karoll’s Red Hangar Shop and planned on stopping at the discount beauty store in the area to pick up some toothpaste and a few other items. Where did we go?

Well, we didn’t have to go far. Barbara Z knew we were headed for Hail Beauty Supply just west of Karoll’s. She remembers stopping in there a lot with her mom and then when she was in high school. Barb tells us, “I lived only a block and a half away; so not only was it convenient, but the prices were cheaper than the drug stores for the same stuff.”

Had we stopped in there this week in 1966, we would have found a sale on Chocks vitamins. Remember those? Also available was Breck hair spray, which is another name I hadn’t heard in a long time.

Let’s cross Kedzie and go back east to the Marquette Theatre. The Ghost and Mr. Chicken is starting its run there today. We have a little time before the show starts, and Father’s Day is fast approaching. We just stopped at Karoll’s, but those Arnold Palmer fashions were a little too expensive for our budgets; so let’s stop at the men’s store by the show. They are having a special sale because they are opening a new store in Ford City to add to this local one. The one they already have in Oak Lawn. What is the name of this store again?