June 9, 2021/Comments Off on Police seize gun from boy 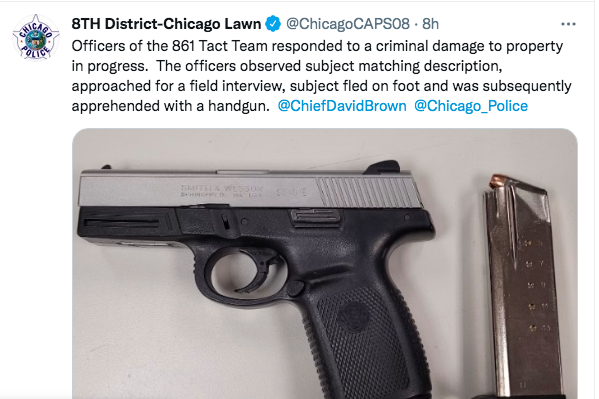 Police tweeted about the arrest.

Police responding to call of criminal damage to property at about 2:30 p.m. Tuesday, June 1 near 51st and Spaulding detained a 14-year-old boy who they said matched a description given by a witness.

A pat-down revealed that the teen was carrying a loaded pistol with a defaced serial number.

The boy was charged with that crime, as well as criminal trespass to real property.

Police later tweeted a photo of the gun and evidence of their success in removing weapons from the street.