June 9, 2021/Comments Off on Rush sees ‘sliver of optimism’ on mail delivery 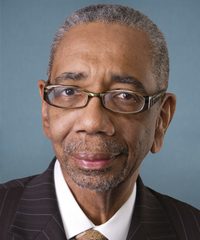 Between 150 and 293 routes went undelivered daily in the Chicago USPS area in May 2021, with another 20 to 60 routes only partially delivered each day, according to data provided by the USPS Carrier Union.

“I saw a sliver of optimism emerge from our constructive meeting this week. I believe Vice President Mercado and Midwest District Manager Stines were broadly persuaded by the robust participation of elected officials in the meeting as to the urgency of the issue and our general commitment to see that our constituents once again begin receiving their mail in a timely, first-class manner,” Rush said.

“I am thankful to Congressman Rush for taking the lead to hold the USPS accountable for better service and regular deliveries. I believe that today’s conversations will lead to some changes and improved service, hopefully very soon,” Burke said.

“I am concerned about making sure the residents of the 4th Ward are receiving their mail in a timely fashion and that the Henry McGee staff operates with the professionalism that our constituents deserve. We will continue to work with the United States Postal System and various stakeholders to make sure we address these concerns. For the past year we have dealt with extraordinary issues that have impacted the postal system, but some of the problems have been ongoing prior to the events of the last year. I look forward to continuing to work with the Postmaster General in Chicago as we have seen a positive impact through that relationship,” King added.

Rush said he has been working tirelessly to address the persistent mail delays facing his constituents and the hundreds of complaints his office has received regarding USPS service. In February, Rush demanded the removal of Chicago Postmaster Wanda Prater after an Inspector General report on four post offices in the First District revealed thousands of pieces of mail not reported delayed, hundreds of packages scanned incorrectly, and substitute letter carriers listed as available to work despite not showing up for four weeks or more.

Following the townhall, Rush called on the USPS-OIG to formally investigate several Post Offices in his district.

Rush also cosponsored the Delivering for America Act, which passed the House of Representatives in August. That bill would require USPS to restore operations and levels of service that were in effect on Jan. 1, 2020.