Skip to content
June 9, 2021/Comments Off on Scottsdale, West Lawn in softball smackdown 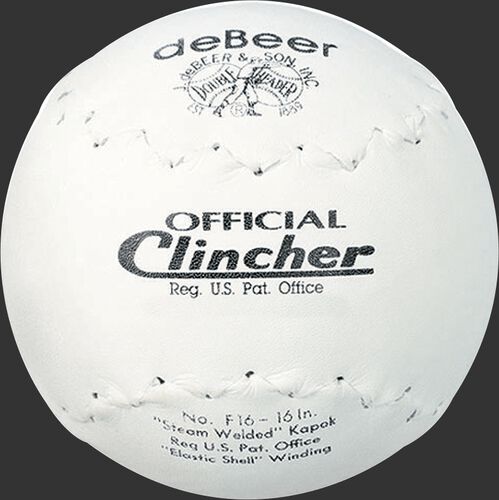 Neighbors to square off in friendly game on 79th Street

A cherished amateur athletic tradition that some assumed was gone for good from Chicago is returning—in a way—on the Southwest Side.

A team led by the Scottsdale Neighborhood Watch will square off with a team from West Lawn at 7 p.m. Friday, June 18 at Rainey Park, 4350 W. 79th St.

The game is no-gloves 16-inch softball, and the contest appears to harken back to the days—decades ago—when neighborhood-based teams of men would square off every week in parks across the city, even drawing crowds of local fans.

The difference in 2021 will be that the Scottsdale and West Lawn teams are coed, and the game at Rainey will be a friendly affair, although team organizers have been talking a bit of wink-nod smack in recent weeks. 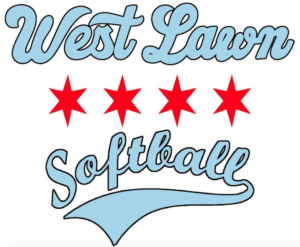 “We’ve always thought of Scottsdale as West Lawn South, so if our little brothers and sisters want to challenge us—hey, it’s game on,” laughed West Lawn resident Eddie Guillen, an organizer of the West Lawn team, who expects to play catcher for his 25-player team.

Neither team has a name yet, which prompted Huff to express surprise that West Lawn’s team is not named the Indians or Chiefs, as an homage to the kitschy, giant statue of a cigar store Indian that has stood at the northwest corner of 63rd and Pulaski for decades.

Huff also poked fun at the state of pizza in West Lawn—which would be fightin’ words in Chicago, had Huff not said it tongue in cheek, which he did.

“For months, I’ve kept seeing all these comments on Facebook about Paisans,” he said, referring to the new pizzeria at 6545 S. Pulaski that took about three years to build and open. “’Is it open?’ ‘When will it open?’ ‘Why isn’t it open?’ ‘What’s taking so long?’”

“It will be good for the West Lawn team to come down to 79th Street,” Huff continued, 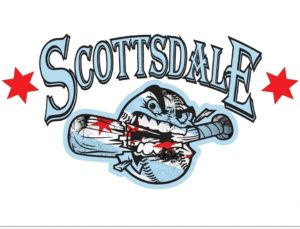 The Scottsdale logo, by Jesus Favela.

“because after Scottsdale wins, we can head over to Angie’s [Sports Bar & Pizzeria, at 8352 S. Pulaski since 1974], and West Lawn can buy us all a slice of pizza and a drink and see how a real pizzeria rolls.”

On a serious note, Guillen and Huff agree the game is a step in the right direction for both neighborhoods and may lead to more friendly, bridge-building activities in the future.

They also credited others in the community who are helping make the game a reality, including Scottsdale resident Lizette Sanchez, who suggested the idea to Huff in the first place.

“Things like this have a real potential to bring communities together,” Guillen said. “It may make lead to partnerships that can help us make both neighborhoods better places.”

Agreeing was Tim Maher, Chicago’s dean of 16-inch softball who for decades was a player, coach, manager, league organizer, sports announcer and more.

Seeing neighborhood-based teams spring up out of nowhere “is a rarity these days, and it’s good to see,” he said.

“Sixteen-inch softball is just about the easiest, most inexpensive game to play,” he added. “You just need a bat and a Clincher, and you don’t need to be Hank Aaron or Willie Mays. If you’re Joe Schmoe, you’re good to go.”

He agreed that a 16-inch softball game can be a unifying force among communities.

“Sixteen-inch softball—without gloves–is Chicago’s game,” he said. “It gets people off their keyboards, out of their houses and in front of each other. I know from experience that 16-inch softball has enabled me to meet so many people—good people—I never would have met otherwise. Years and years later, I still call many of them my friends.”