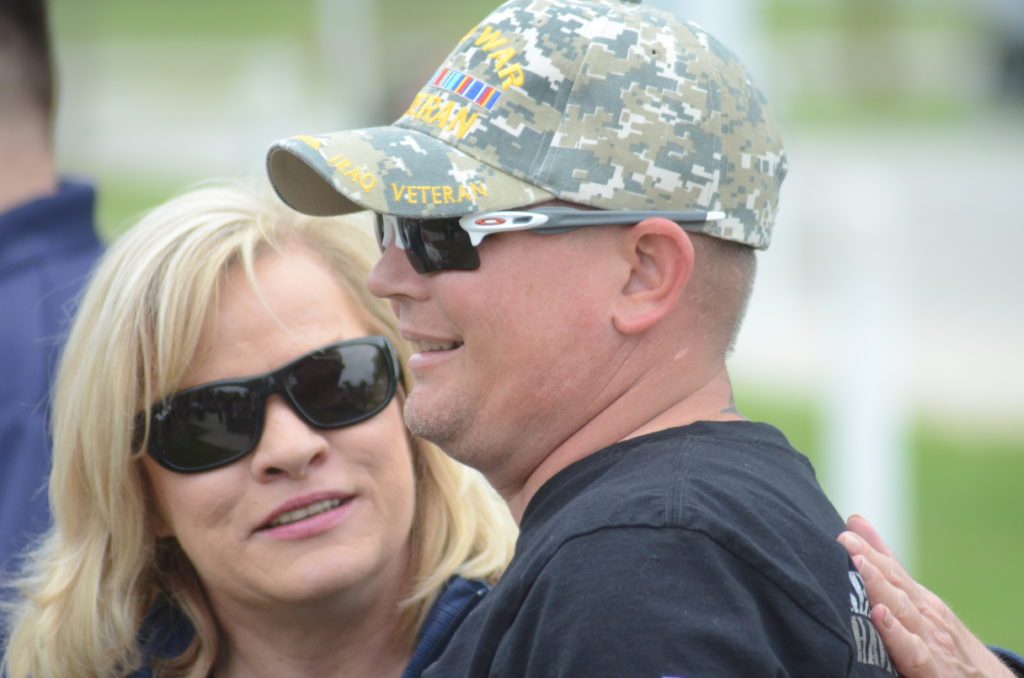 Every one of the 55 veterans who had their names engraved on the walls of the Ara Pace Memorial have a story to tell.

Timothy Childers’ story has a huge helping of painful irony.

Childers and several hundred others attended the May 31 Memorial Day ceremony near Village Hall in Orland Park.

Childers did two tours of duty in Iraq from 2003-2005. But when the Marine was back on American soil it proved to be more dangerous than Iraq.

He was driving a motorcycle that hit a pothole, curb, wall and two trees on Aug, 25, 2005 – two months after returning home from his second tour.

He listed some of his injuries on Monday.

“I dislocated my hip, broke my pelvis, bruised all of my ribs,” the 41-year-old Orland Park resident said. “I had a collapsed right lung, broke my back, broke my neck and flatlined four times.

“I had all kinds of internal injuries. I shouldn’t even be here.” 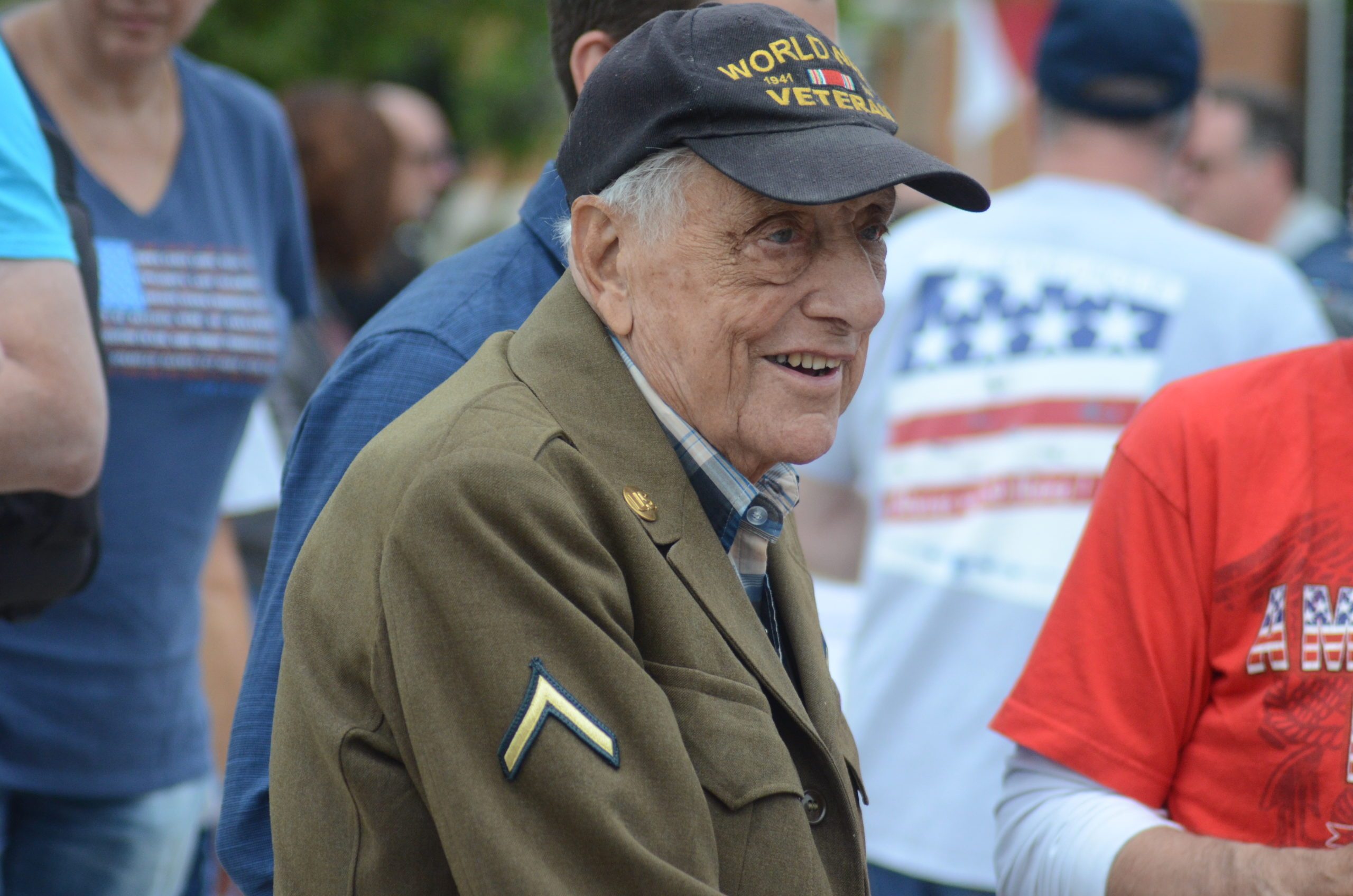 Sam Krestel, 99, was honored with his name on a memorial wall during the Orland Park Memorial Day ceremony.

His right leg was amputated in 2011 and, four years later, he said he participated in a Wounded Warrior Marine Corp Trials event and won a gold medal in basketball and a silver in swimming. 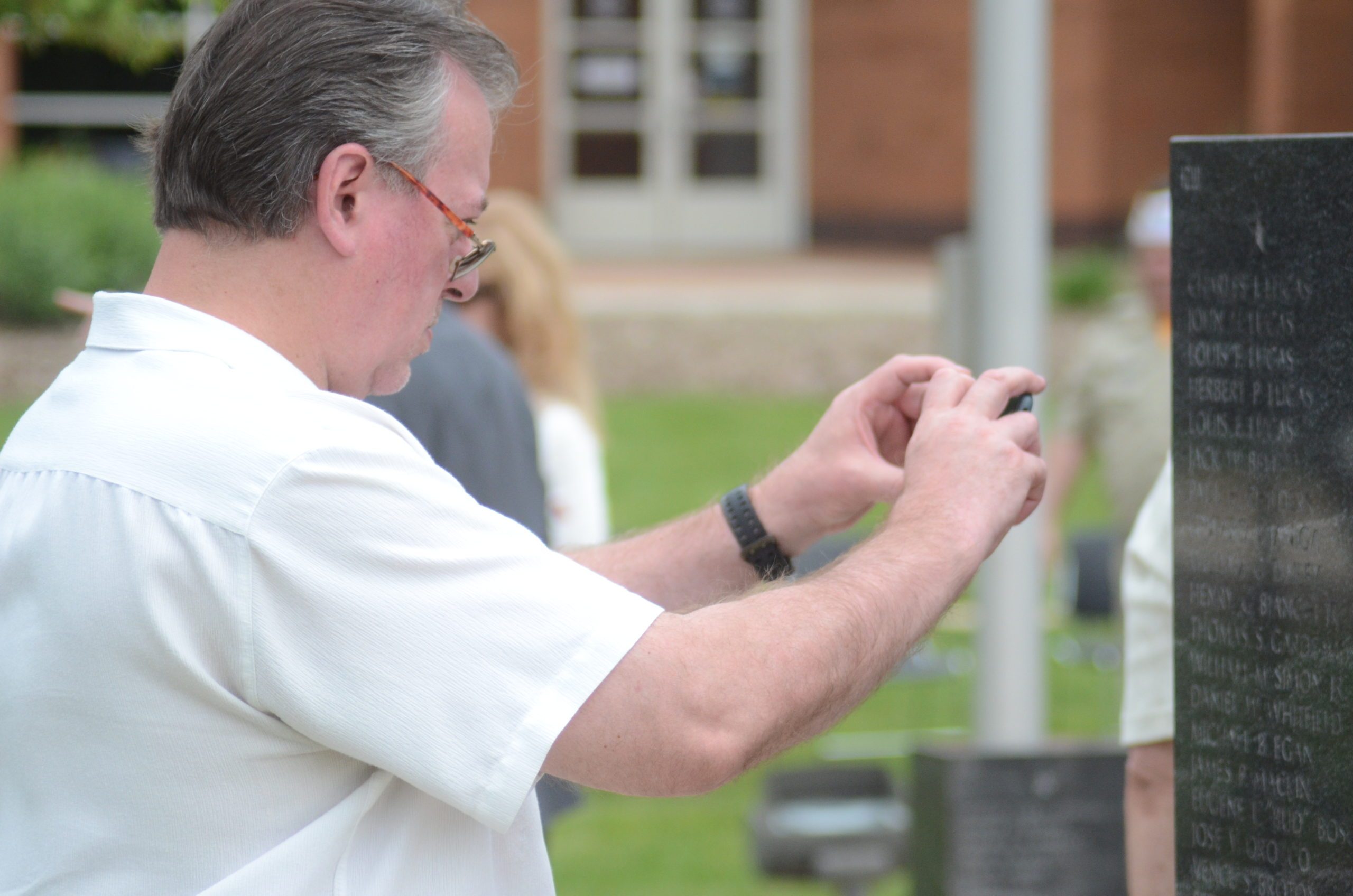 Perry Janiga takes a photo of one of the memorial walls in Orland Park, which features his father, Edward, and father-in-law, James Thornton.