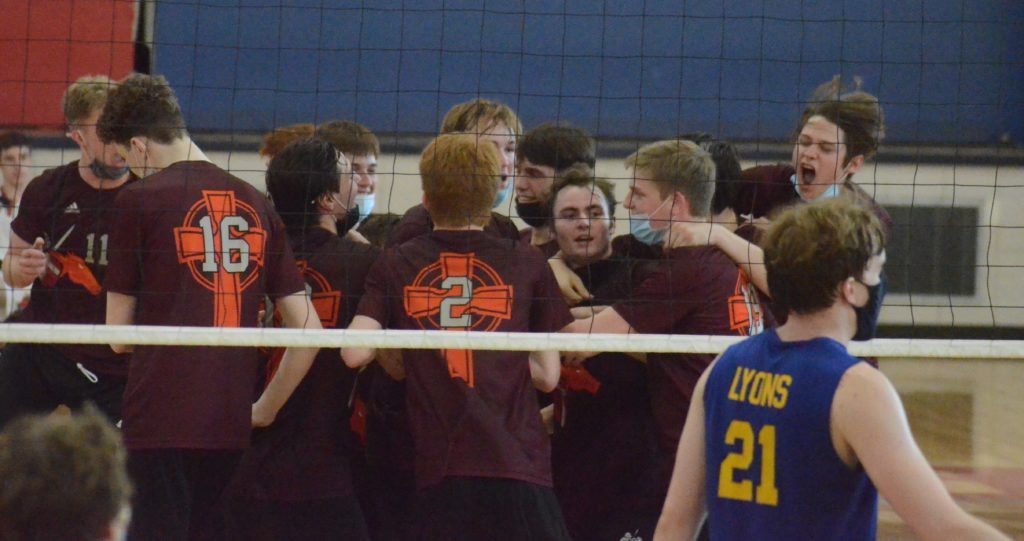 The four boys volleyball teams that battled it out on Saturday in the St. Rita Sectional all had major triumphs two days prior.

The two winners are slated to face each other Tuesday for the sectional title and a berth in the Elite Eight.

“We played good volleyball during that stretch,” Mustangs coach Brian Hagen said. “Even though we lost, we still played well. We had to hang onto that and remember that. We had a lot of big wins before that.”

St. Rita was eyeing its third straight trip to state after making it to the quarterfinals in 2018 and 2019 (2020’s season was cancelled during the pandemic) and losing to New Trier both times. If the Mustangs make it to state, they will not face New Trier in the first round as the Trevians were eliminated in regional play. 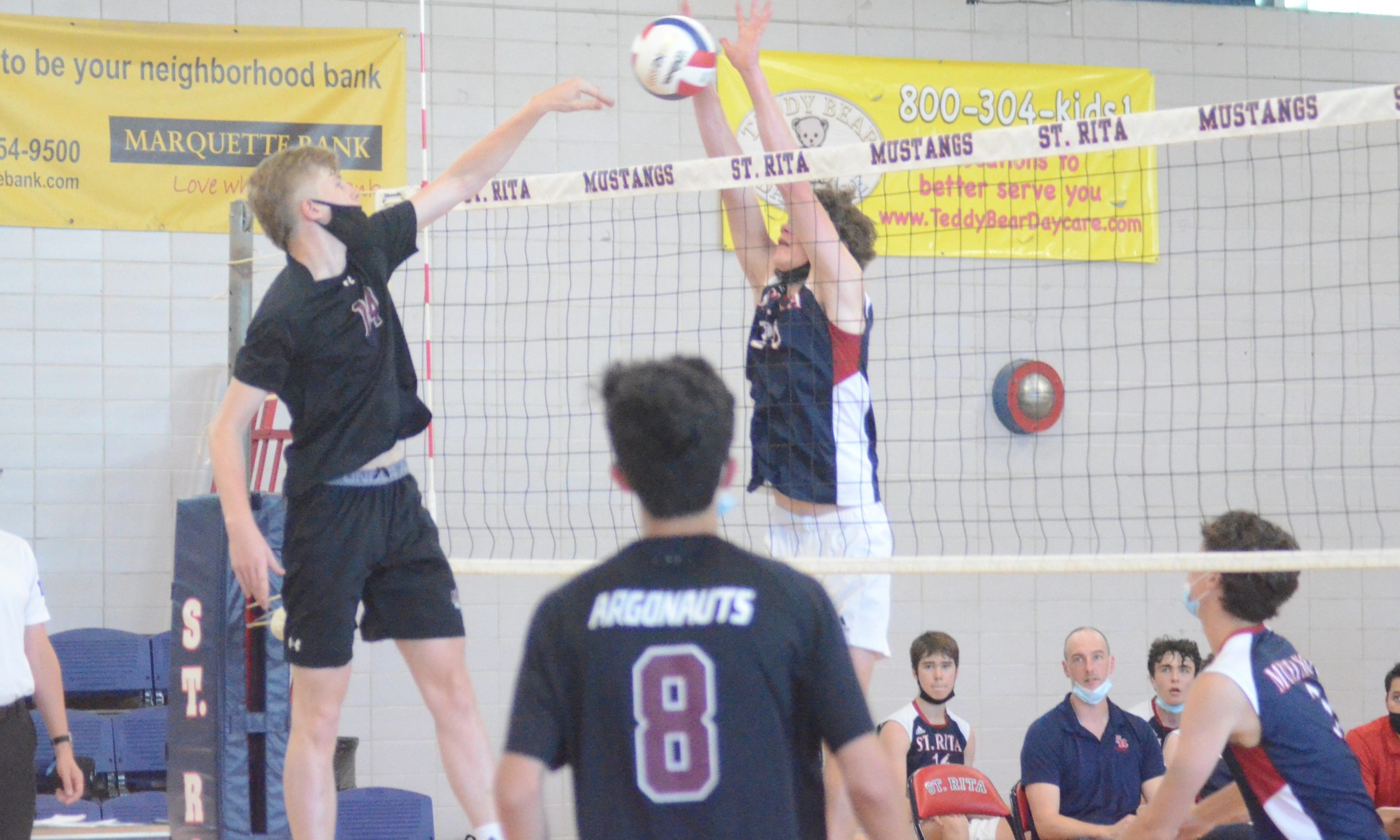 Brother Rice had one of the worst records in the Sweet 16 at 13-11 but the Crusaders are happy they got hot in the postseason. Outside hitter Kevin Fiedler banged down some big kills toward the end of the third set against Lyons to help preserve the victory.

The Crusaders had an up-and-down season but entered the campaign with no players with varsity experience.

Setter Sean Hollander, who is heading to St. Xavier University, enjoyed the season after the 2020 campaign was wiped out.

“It’s been a crazy year,” he said. “We had our ups and we had our downs. We turned our serving around. It’s been a great year.”

Lyons finished 12-14. To win a regional and play Brother Rice strong was a feather in the Lions’ cap.

“It was a rollercoaster game,” coach Brad Skendzel said. “It had ups and downs and Brother Rice had their ups in the third set.”

The Lions were down 16-15 in the second set and scored 10 straight to close it out. Alex Kostich had aces for the 23rd and 25th points. Loyola-bound Evan Markworth’s kill in the third set closed the gap to 21-20 but Brother Rice scored the last four points for the victory.

Argo headed into the postseason unbeaten and finished the season 14-1. They won the first regional in school history. The Argonauts were down 9-3 to open the first set to St. Rita and were outscored 15-4 to close the match. But there was a stretch in the middle in which the Argonauts were able to hang with the Mustangs.

“We beat Nazareth and Fenwick to get here, and it was a short stay,” Argo coach Matt LeVan said. “St. Rita is going to play tough all game and we played in bits and pieces. You have to play a complete volleyball game non-stop.”

Gavin Akoto of Argo was named the South Suburban Red Conference Player of the Year. And is heading to Vassar next season. 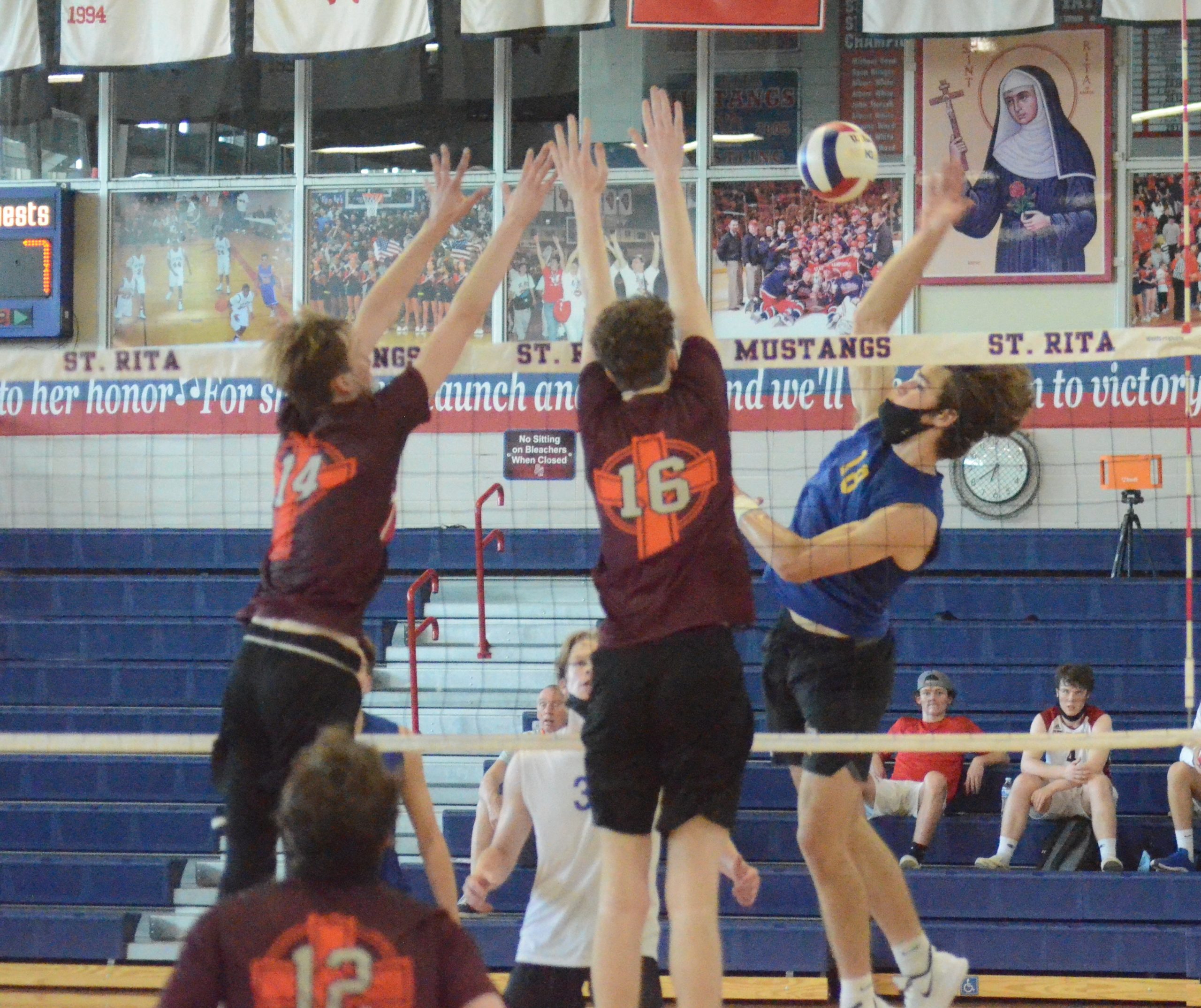