Postseason track was hot and heavy in the Southwest Regional News area as girls completed the state competition and the boys were battling it out at sectionals and sending an army of competitors this this week’s state meet.

GIRLS STATE
In Class 3A, Lyons’ Katie Dickman finished in third place in the 1600-meter run, with a time of 4 minutes, 42.55 second, which would have been a state record.

But Normal Community freshman Ali Ince broke the record with a 4:40.85 and Oak Park’s Josephine Welin was runnerup with a 4:42.55.

The race was held June 12 at Eastern Illinois University after two long weather delays pushed the event back.

Dickman, Rebecca Phillips, Lillie George and Abby Deuter finished eighth in the 1600 relay with a 4:02.77. 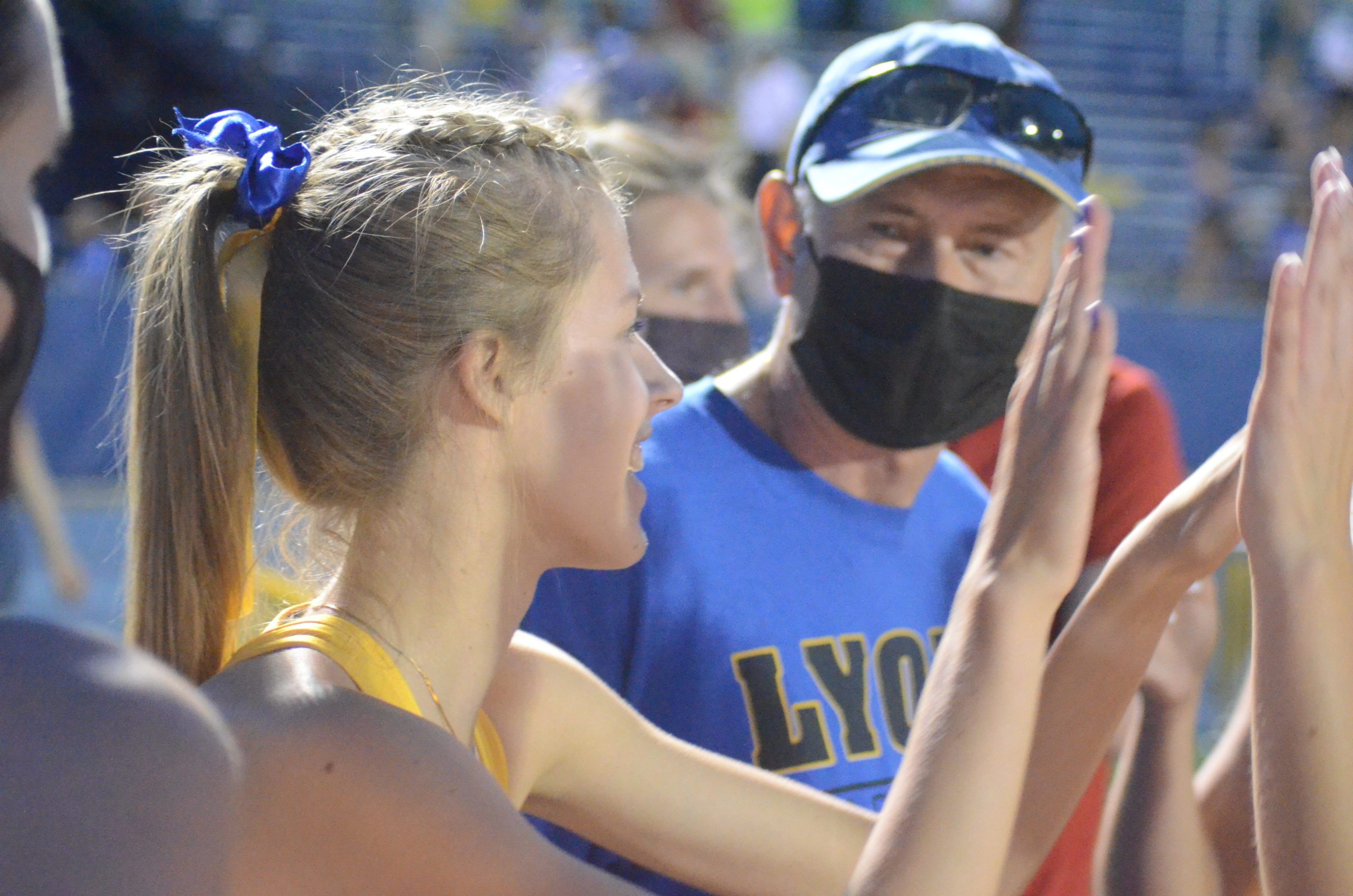 Lyons Township’s Katie Dickman, shown after a sectional race, was one of three runners at state Saturday to surpass a 2011 record time in the 1600. Photo by Jeff Vorva

BOYS SECTIONALS
Class 3A
At Morton
Marist won its first postseason title since winning a Class AA district championship in 1982 when it won the Morton Sectional with 125 points on Thursday. St. Laurence (94 points) and Brother Rice (83) rounded out the top three.

At Naperville North
As expected, Sandburg had great success in distance running as junior Declan Tunney won the 3200 in 9:23.95 while the 3200 relay team of Ismail Tineh, Grant Giblin, Trent Anderson and Brock Rice earned a title with a 7:51.92.

The Sandburg 3200 relay team has medaled in eight straight state meets including posting a state-record 7:36.36 in 2016.

Class 2A
At St. Rita
Evergreen Park won the third sectional in school history and the first since 2015 scoring 120 points while Mount Carmel was runnerup with 93.