Over the past week I met with the director and filmmakers of the documentary being partially filmed here in Chicago Lawn. The film, once completed, will hopefully be airing on PBS. You may have already witnessed them in action in the neighborhood. Perhaps you glimpsed a drone flying over Marquette Park or one hovering over St. Rita Church. Maybe you saw the camera crew around 63rd and Spaulding.

At any rate, no need to wear your Sunday best every time you venture out to pick up your newspaper, but they will be around from time to time until the film is complete.

Once again, Nativity BVM parish will circulate a devotional portrait of Our Lady of Siluva to parishioners who are willing to take the picture into their homes for a week of prayer. For details, contact the parish office at (773) 776-4600.

For the next few weeks, due to construction work at St. Rita of Cascia rectory, the parish offices will be relocated to St. Rita’s Chapel area. If you have questions, feel free to contact the parish office at (773) 434-9600.

A reminder that if you are a senior and enjoy playing golf, this will be your last chance to sign up for the 38th Senior Amateur Championship held annually at Marquette Park. This year’s event is next Saturday and Sunday, June 26 and 27. Each day is 18 holes of stroke play. For more information, stop at the clubhouse or go to Amateurgolf.com.

For those of you that attended St. Mary of Mount Carmel School in the 1960s, you may remember Sister Arlene (Robert Anthony) Seckel, who passed away recently. The Adrian Dominican nun was in the 65th year of her religious life.

In the May 21 issue of the Greater Southwest News-Herald, we read of the Renew My Church process which is transforming St. Thomas More Parish into a canonical mission effective the end of the month. On Sunday, June 27, parishioners will celebrate their pastor, Monsignor Richard Zborrowski’s retirement with a Mass at 10 a.m. and a party following. Brunch will be served in Donlan Hall. If you would like to volunteer to help, please contact the parish office at (773) 436-4444.

Now let’s see what was happening in the neighborhood this week back in 1966. For starters, Marquette Park was going to be a busy place. The Southwest News-Herald had teamed up with the Chicago Park District to hold a senior picnic. A crowd of about 400 participated.

Events were planned throughout the day and as I read about it, I was pretty surprised. They really went all-out for the seniors back then.

Morning activities included contests in fishing, horseshoes and shuffleboard along with a souvenir craft project. Activities ceased at Noon for an outdoor lunch of barbecued lamb with all the fixings. The afternoon began with a travelogue movie and then proceeded to contests in golf, checkers, chess and pinochle. Throughout the day door prizes were awarded with the top prize being an all-day river cruise for two. It would have been fun to be a senior back then wouldn’t it?

Next up on the agenda at Marquette 55 years ago would be the annual Boy Scout Pow-Wow. Over at 60th and Albany, Grace United Church of Christ was beginning construction on their new Christian life building.

To celebrate Father’s Day, local merchants including the Southwest News-Herald had gotten together to present fathers with a free cigar for walking into their business. The cigars would be handed out by models from the Patricia Stevens Modeling Agency.

Now last week we were still looking for a present for Father’s Day and we were stopping in the men’s store right by Marquette Theatre. Mike Z. knew where we were shopping. It was Burton’s Store For Men which just so happened to be on the list of stores that would be giving out free cigars.

We still don’t have a gift for Dad. Let’s go back to the corner and – look there’s a sign a hanging in a store window on the north side of 63rd. It says “Attention All Boys! Free T-Shirt with purchase of $1 or more for Dad.” Dad just bought an archery set here last month so let’s stop in and check it out. What do you think is the name of this cool store? 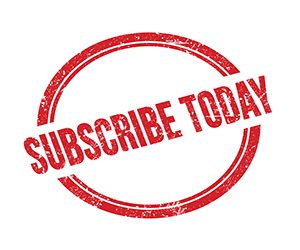