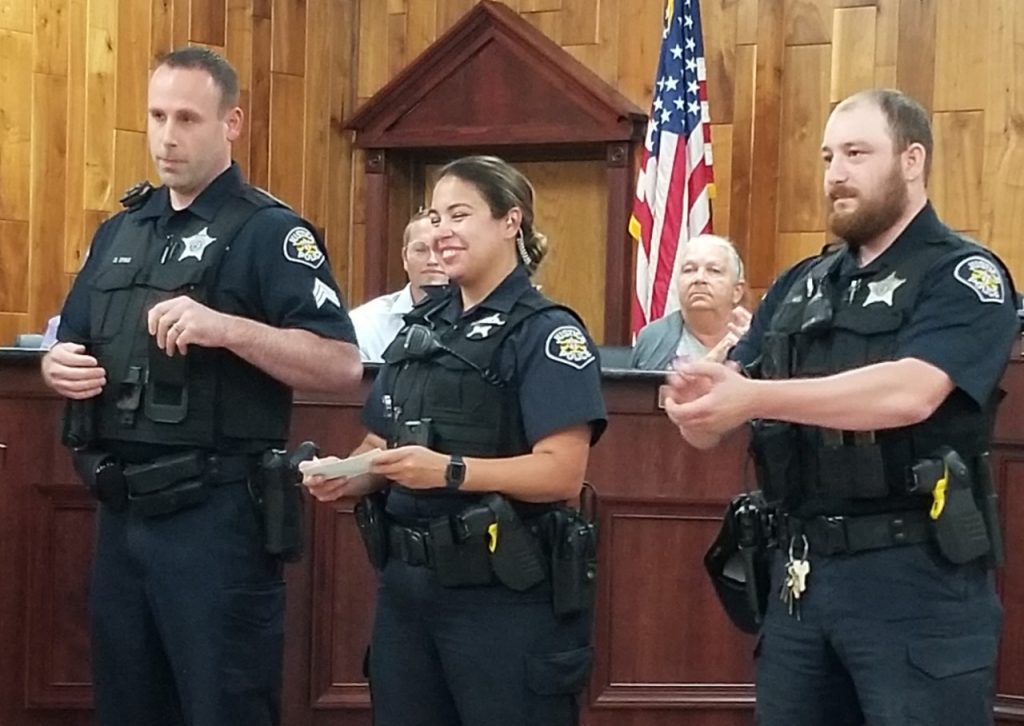 Four students from Argo High School were awarded scholarship awards from the Village of Justice and the Justice Fraternal Order of Police Lodge #65 at the latest village board meeting.

Members of the Justice Police Department gave the awards to the same four students that Mayor Kris Wasowicz had just handed them to at the beginning of the meeting. Of the applications that were received, it was a coincidence that both the Village Officials and the FOP chose the same students.

On hand to accept were Dana Shuaibi, Jessica Miller and Nibal Sarabta. Isabella Beggs was the fourth recipient, but was not on hand.

After the presentation, it was back to village business with Mayor Wasowicz asking residents for patience as the center of the village has been re-configured with roadwork due to the I-294 tollway project. “In due time the project will be finished and it will have been worth the trouble for many years to come.”

Trustee Mills thanked all that participated in, and came out to the village Memorial Day Observance, and reminded everyone of the Low Cost Pet Clinic that will take place July 31st, from 11am-2pm in the village.

Trustee Ogorek made motions to approve five Home Occupation License’s. They were all approved.

The home license’s include an office for three separate E-Retail businesses, an office for a Cleaning Service, and a home office for a Vending business. Trustee Ogorek also thanked everyone who recently came out to help with put mulch down and do planting around village signs.

Trustee Lopez made motion to approve an ordinance amending the number of liquor licenses that are allowed in the village, and also to approve seal coating and striping of the Lipinski Center parking lot by Blackout Sealing and Coating.

Trustee Allen made motion to approve the closing of Cork Avenue from Archer Road to 76th Place, and 76th Place between Cork and the east end of the Justice Library parking lot, to through traffic from 2pm-11pm on Friday, August 27th for the 2021 Justice Auto Show.

Trustee Kuban reminded all of the Food Pantry event that would be taking place the following day at the Village Hall and said anyone volunteers would be appreciated. 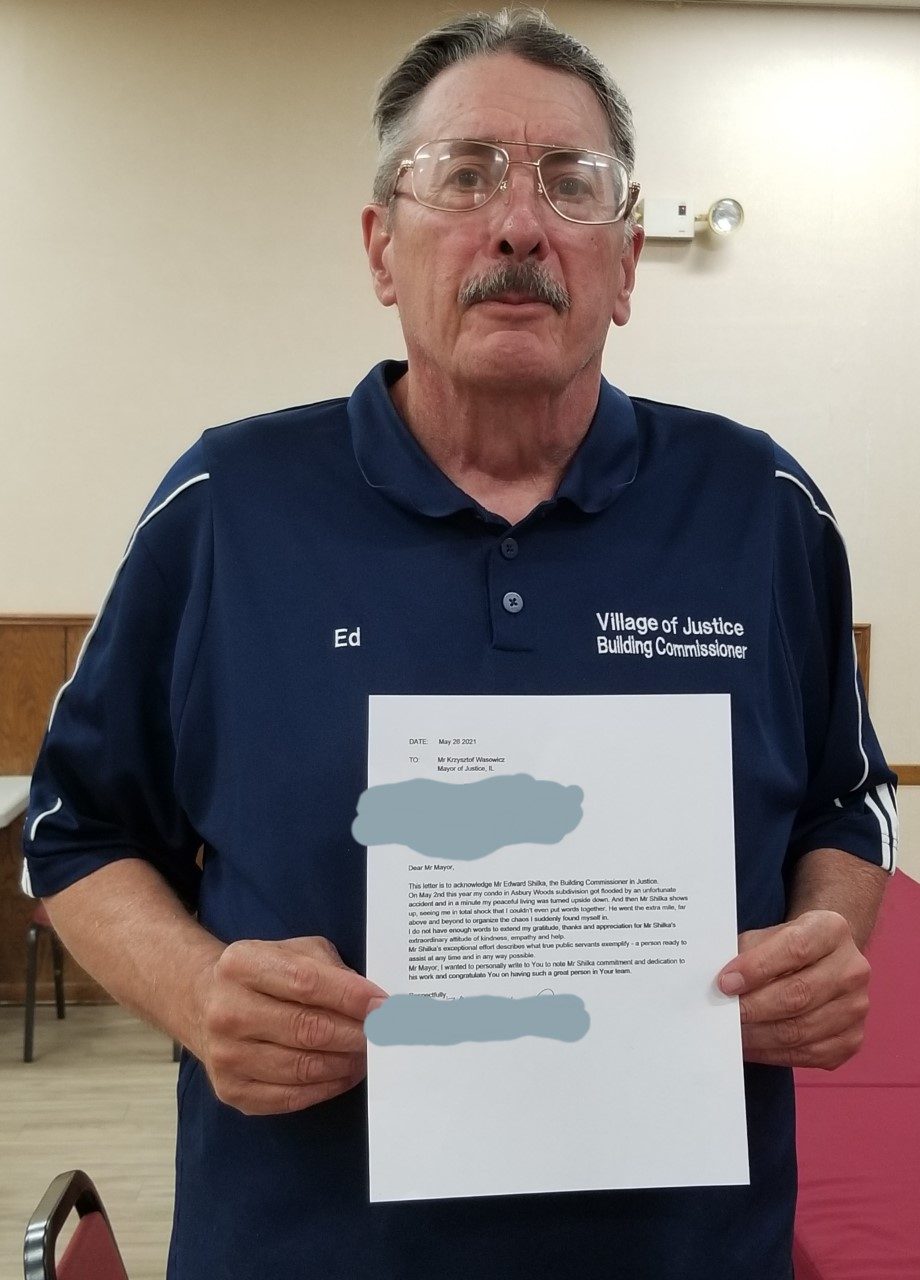 Clerk Kroll made mention of a letter that was sent to Mayor Wasowicz commending the work of Building Commissioner/Code Enforcement Officer Ed Shilka. It was from a resident in the Asbury Woods Subdivision that appreciated Shilka’s help, saying he went the extra mile, far above and beyond, to organize the chaos she suddenly found her self in when the subdivision recently got flooded by an unfortunate accident.

She stated she didn’t have enough words to extend her gratitude, thanks and appreciation for “Mr. Shilka’s extraordinary attitude of kindness, empathy and help. Mr. Shilka’s exceptional effort describes what true public servants exemplify-a person ready to assist at any time and in any way possible.”

At the close of the meeting, a resident on Arbor Lane got up to speak during the public comment time, and mentioned concern about fireworks being blown off in the village as of late and in the past. Concerns were voiced about the intensity of some of them ‘rocking’ the buildings in the quiet neighborhood and that it’s not helpful to anyone suffering from PTSD.

The Mayor stated that it happens in all the surrounding towns, not just Justice. He and Deputy Police Chief Kurschner promised extra patrols for this and said they will try their best to give warnings and tickets to those responsible. 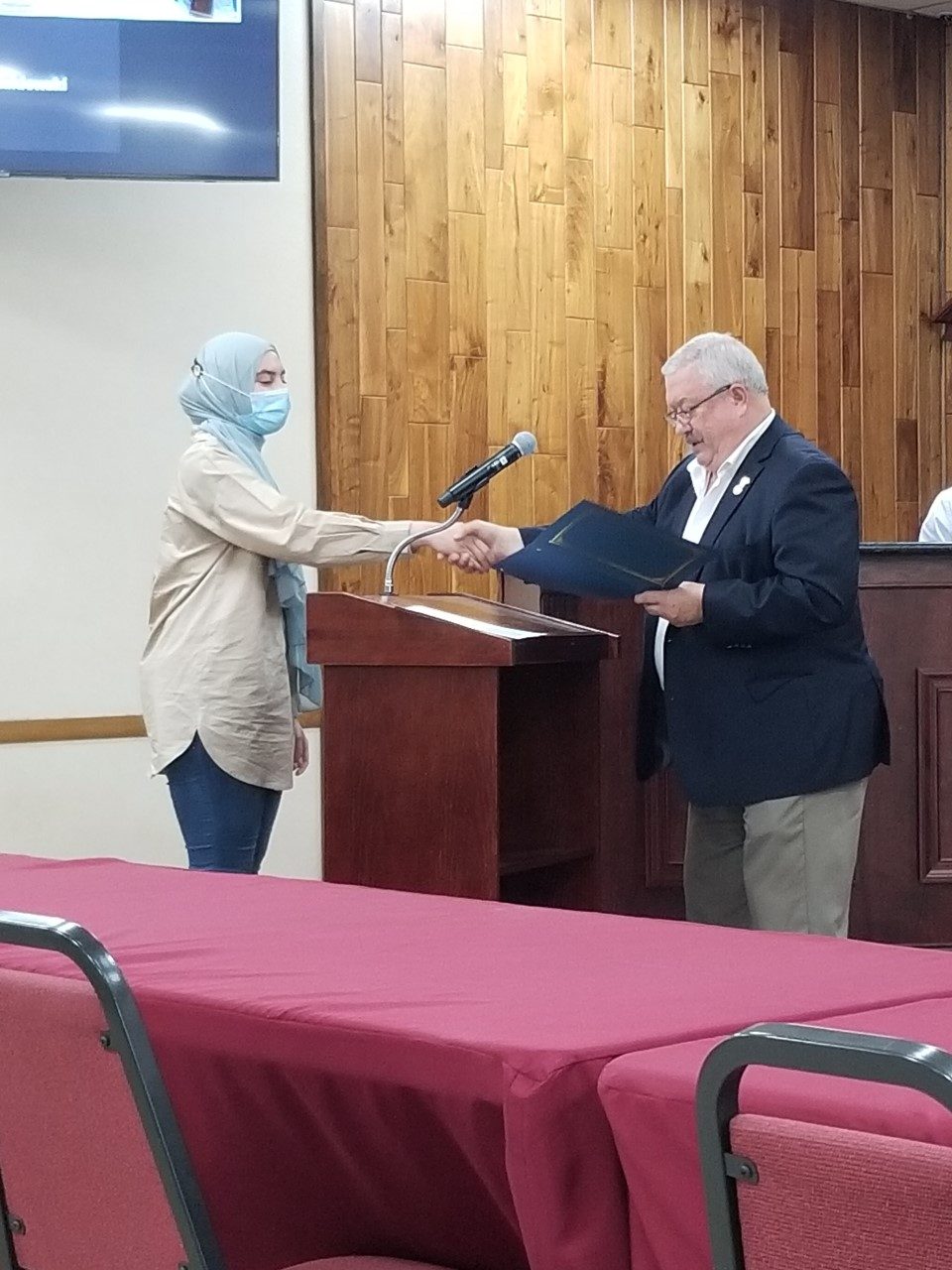 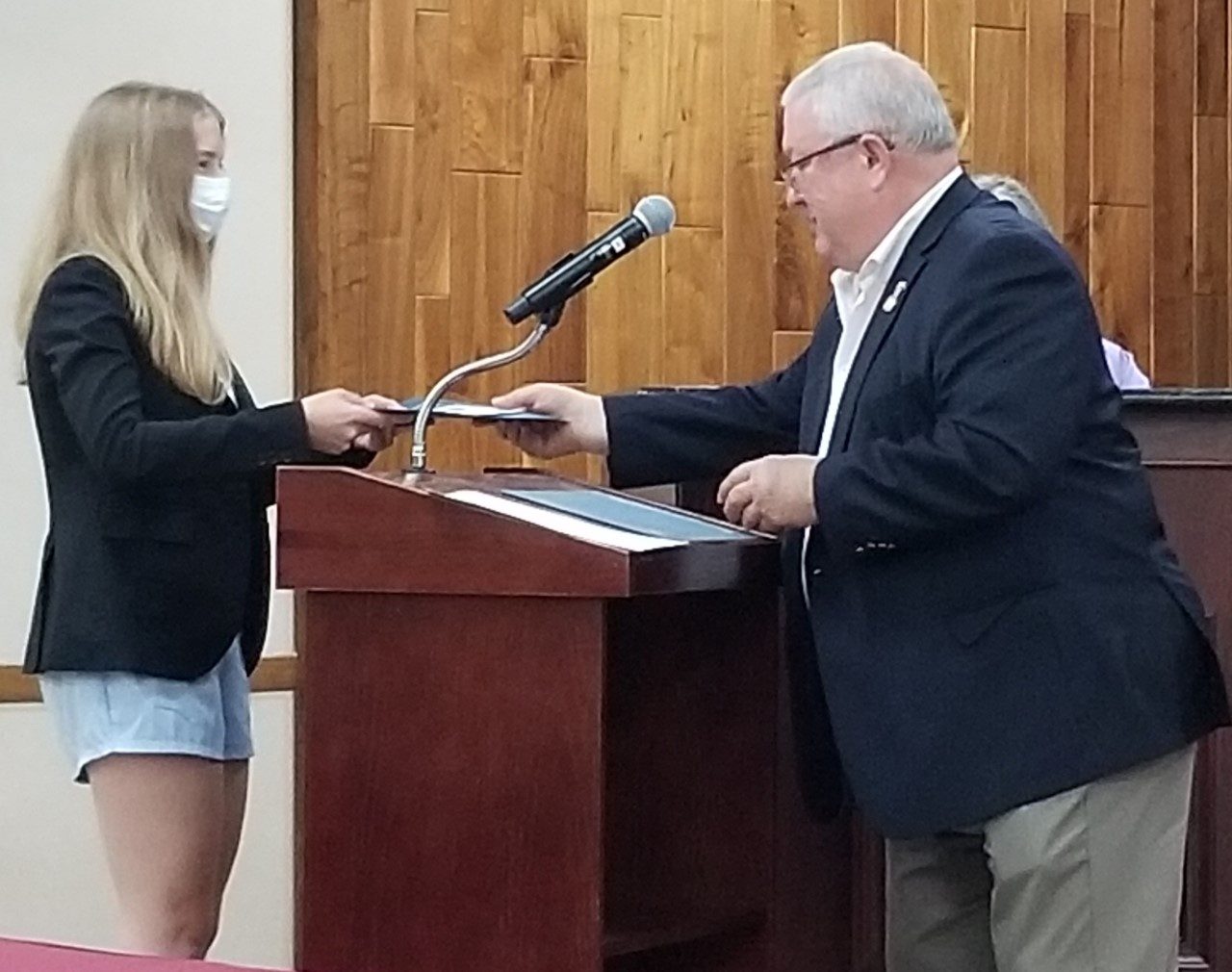 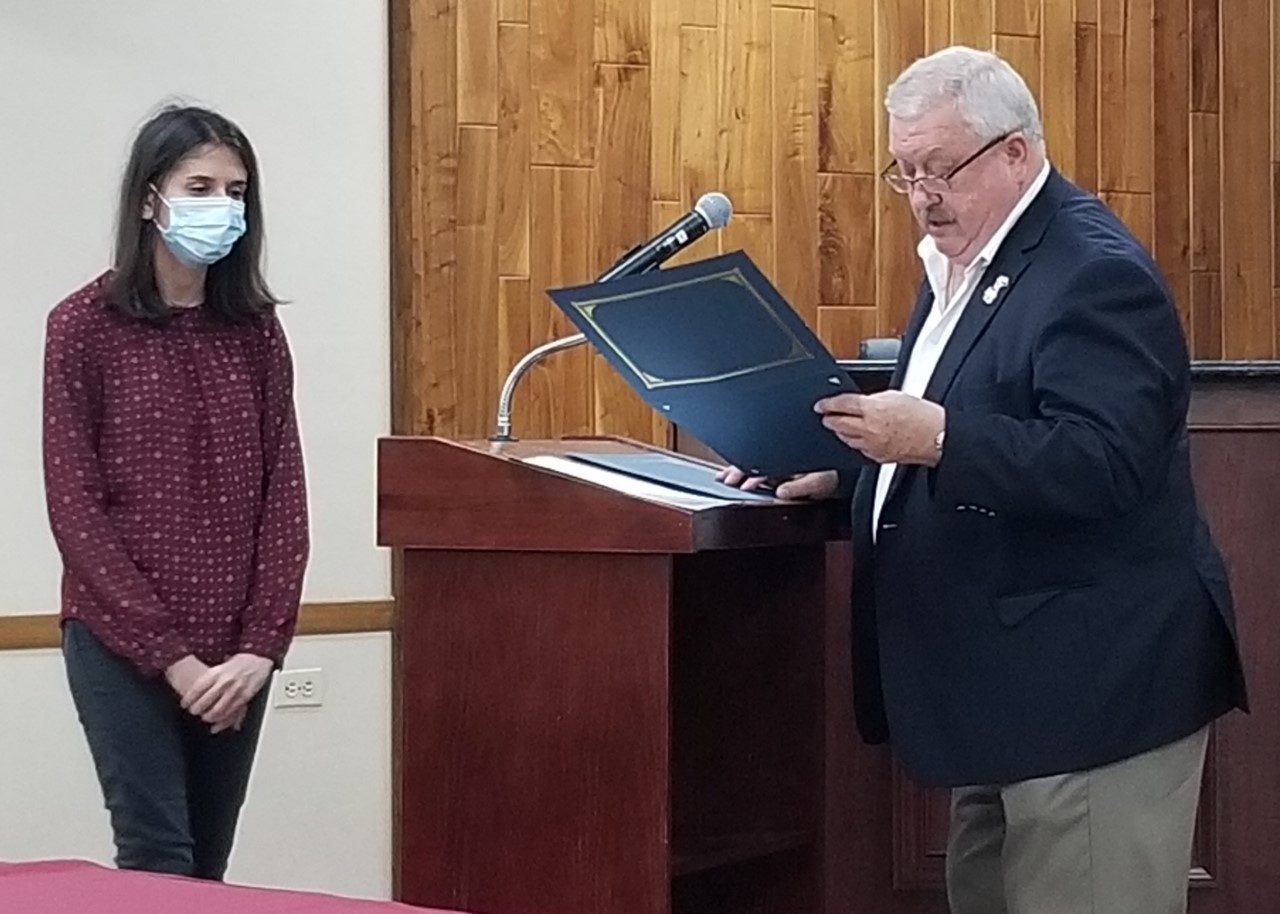