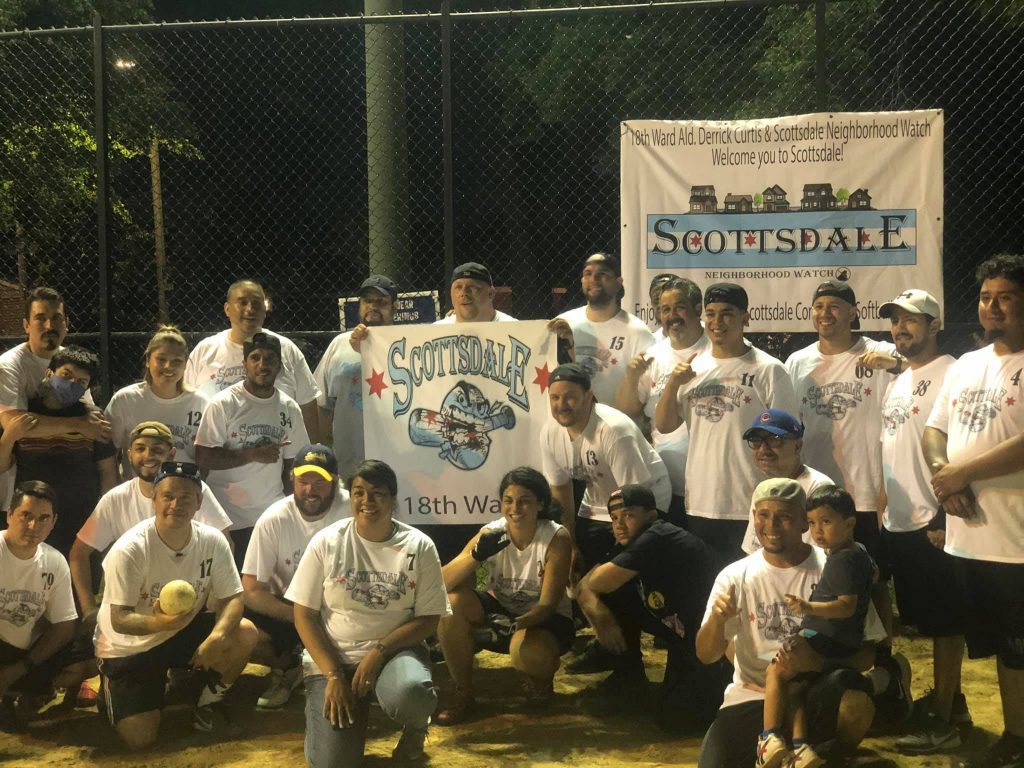 The Scottsdale softball team stopped for a photo after the game at Rainey Park. --Supplied photo

But really, both teams won.

Organizers used a classic Chicago athletic tradition—no gloves, slow-pitch, 16-inch softball—as a way to forge bonds between the two neighborhoods that border each other.

The coed teams of amateur players squared off in what people in the soccer world call a friendly: an exhibition game played simply for its own sake.

“This was a good experience, without a doubt,” said Scottsdale Neighborhood Watch President Jason Huff, an organizer of the contest. “We had fun, there were a lot of laughs. It was a great time.”

The game had a bit of ceremony, most notably a first pitch by new State Rep. Angelica “Angie” Guerrero-Cuellar (D-22nd). But mostly, it was the sights and sounds of a classic Chicago softball game in a park—right down to fans who brought their own lawn chairs and coolers filled with liquid refreshments.

“This is a worthwhile thing,” said West Lawn community advocate Eddie Guillen, who helped organize West Lawn’s squad. “The point is, our communities have so many things in common and we could and should be working on things together. I think we’re moving closer towards that.”

One thing the two teams will move closer towards is West Lawn Park, site of a scheduled rematch between the two softball teams in late July. Details will be announced in the Greater Southwest News-Herald in the weeks ahead.

In a small but significant way, the game has already led to greater cooperation.

Days after the game, both Guillen and Huff were spotted on the west end of Gage Park, at 53rd and Homan, working together to help clear branches of trees knocked down by last weekend’s gale-force winds.

Guillen said that the game may lead to more friendlies on softball diamonds, between West Lawn, Scottsdale and other Southwest Side neighborhoods.

“Who knows?” he said. “This could be the start of something bigger and better for everyone.” 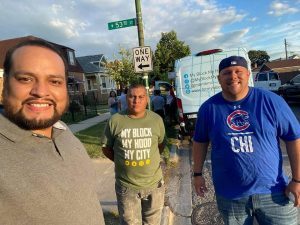