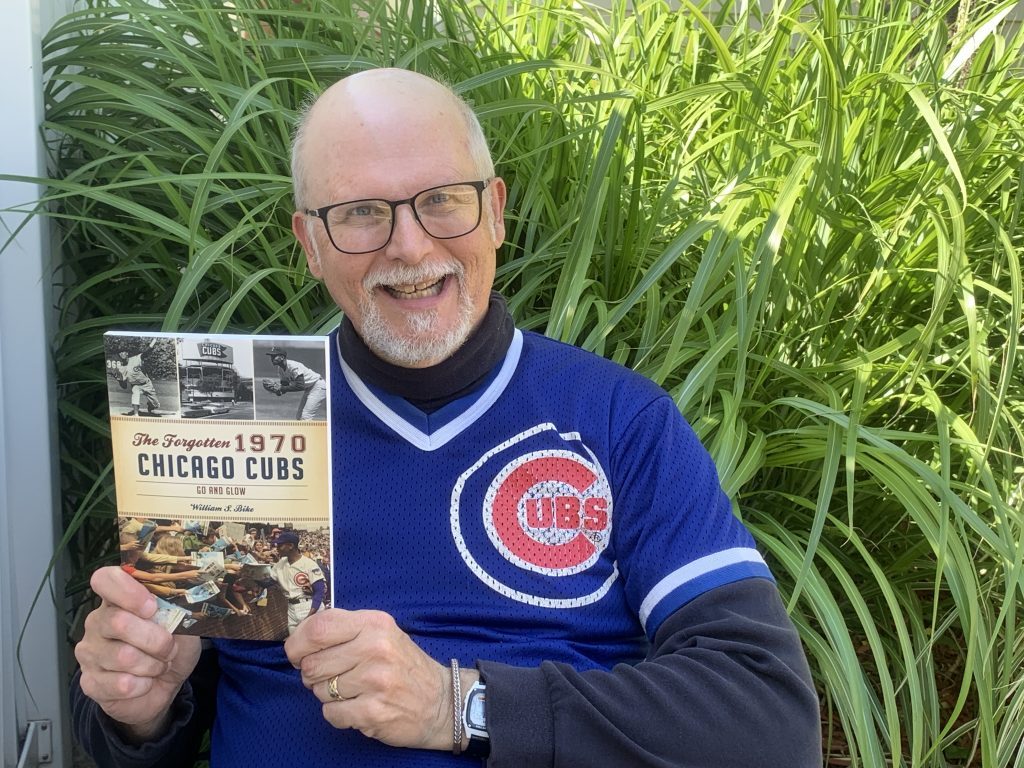 Chicago Cubs author says 1970 team was one to remember

It wasn’t his father, however, who he sat in the bleachers with for the first time; it was his mother, Jean.

“Back in the 1960s and 1970s, the moms knew more about the Cubs than the dads, because many moms were homemakers and had the games on as the Cubs played during the day, while the dads were working outside the home and couldn’t watch the games,” Bike, of Chicago’s Clearing neighborhood, said. “Plus, the Cubs had Ladies’ Days, in which women over 14 got in for free. So, in the 1960s and 1970s, the moms often took the kids to Cubs’ games because it was a very economical outing.”

It was then, at the age of 10, when fascinated with not only the sport, but the team, Bike knew the Cubs would always take up a huge part of his heart.

His love led to a book about the 1970 Cubs, The Forgotten 1970 Chicago Cubs: Go and Glow, published by Arcadia/The History Press.

The book became available in May. Bike discussed his book that he describes as both fun and analytical and participated in a question-and-answer session, moderated by Chicago Cubs historian Brian Bernardoni, on Monday, June 21, at Prime Time Restaurant & Bar, 7750 W. 95th St, Hickory Hills. 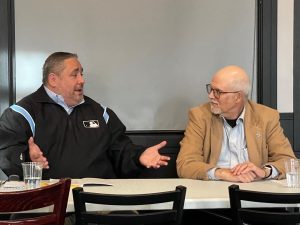 Having a heart that bleeds Cubbie blue, Bernardoni, of Justice, is a lifelong Cubs fan who has worked part-time for the team as a tour guide for two decades and knows the ballpark inside and out. He not only received a 2016 Chicago Cubs World Series ring for his dedication to and knowledge of the team, but he is also the President of the Roberts Park Fire District Board.

“Whenever I gives tours at Wrigley Field, I always talk about Ladies’ Day,” Bernadoni said. “It is fundamentally important to understand that most men developed a love of the game from their mom, aunt, sister versus their father.”

For Bike, that statement couldn’t be truer, especially during the 1970 series.

“Chicago Cubs fans always will remember the beloved 1969 team, yet the 1970 Cubs are, in many ways, more fascinating,” Bike said. “Lots of interesting things happened that season.”

His book looks at how the game, pennant races, and Wrigley Field of 1970 differ from the modern era, discusses Ernie Banks hitting his 500th home run, how the Cubs added the basket on the top of the outfield walls, making it easier for players to hit home runs and harder for fans to jump on the field.

He also did not hesitate to talk about controversial manager, Leo Durocher, who had a radio show that year, and he quit talking to the press and players for a while because he was revealing lineup changes only on the radio.

“The Cubs finished only five games out of first place — closer than they had since the pennant winning season of 1945,” Bike said. “They wouldn’t come that close again until they finally finished first in their division in 1984. It was a great season.”

Research for The Forgotten 1970 Chicago Cubs: Go and Glow was easy, Bike said.

As a big baseball fan, I have a lot of baseball books in my personal library, so they helped,” Bike said. “I found some information I needed on the Internet, too. But most importantly, as a 12-year-old in 1969 and 13-year-old in 1970, I kept scrapbooks about the Cubs, so the clippings in the scrapbooks, most from the Chicago Sun-Times and some from the Chicago Today, which was another daily newspaper at the time, were invaluable.”

His book was available for purchase for $25 after the question-and-answer session, along with photographs and book signings.

“I enjoy sharing with people the facts about just how close the Cubs came to winning the pennant and World Series in 1970, which would have made fans forget all about 1969,” Bike said. “It also would have meant that Chicagoans’ feeling that somehow, some way, a Chicago sports team is going blow it never would have happened.”

Bike, who works as the Associate Editor of the newspaper Gazette Chicago also wrote the books Streets of the Near West Side, Winning Political Campaigns, and Celebrating a Proud Past. He also edited the book Essays on Earl Renfroe: A Man of Firsts. 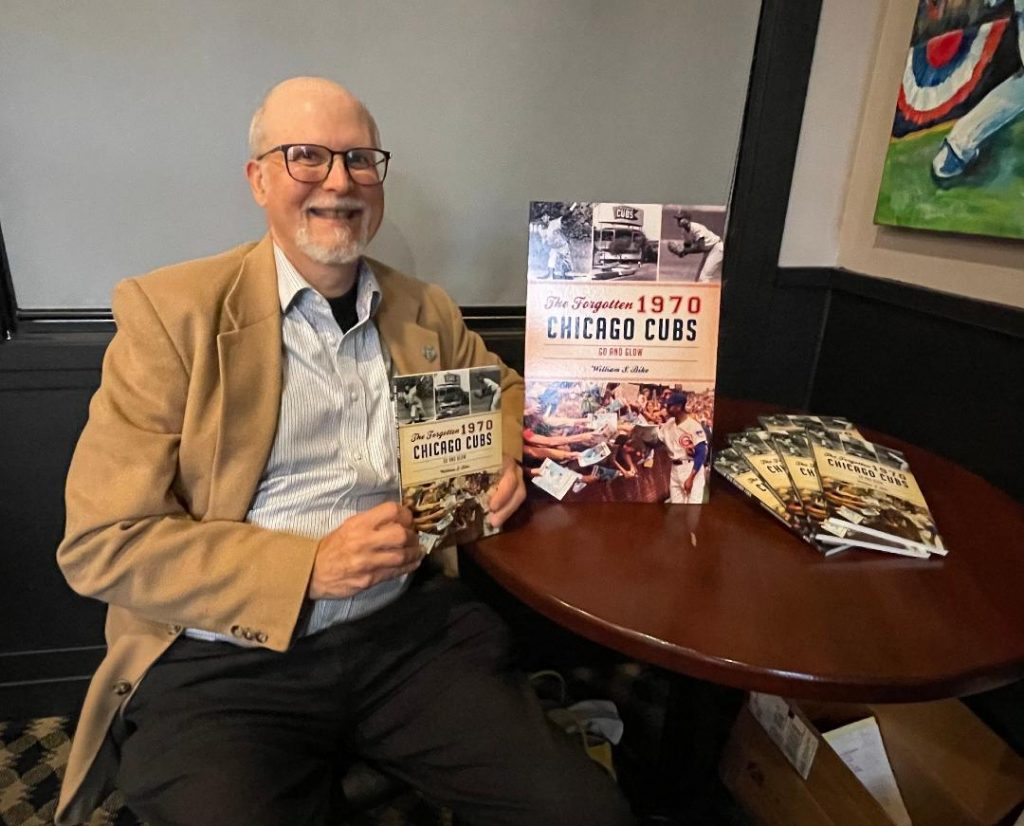