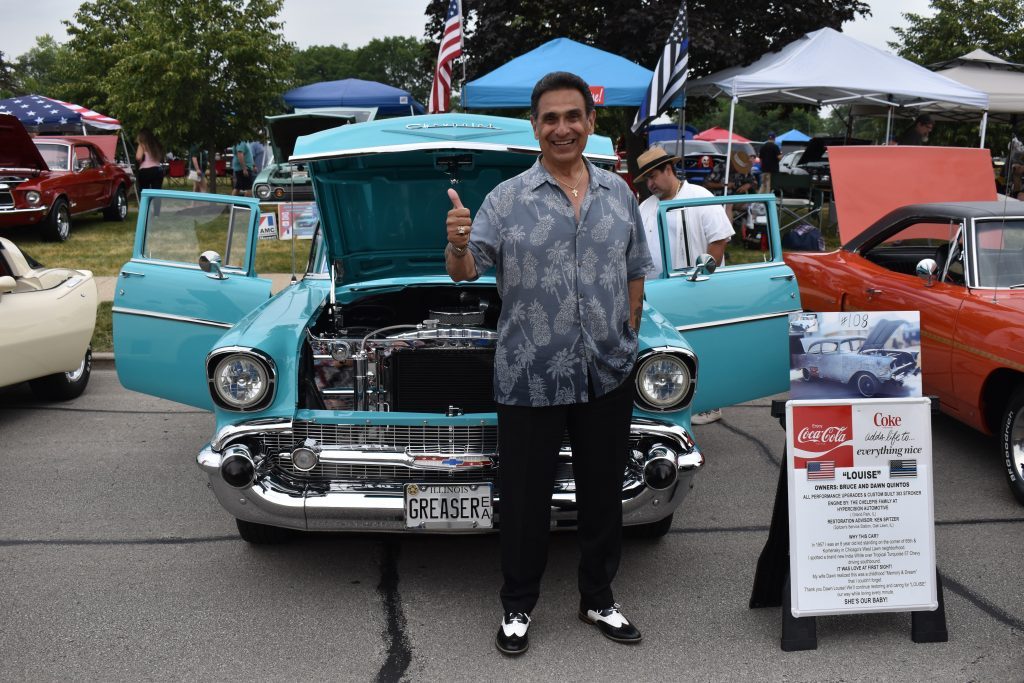 The annual Father’s Day Car Show in Lyons was held again this year and it attracted dads, their kids, plenty of car lovers and devoted owners.

But for many of the owners, like Bruce Quintos of Chicago Ridge, it was a chance to show what years of hard work can result in, along with the chance to talk cars.

“One of my buddies told me about, went over, took a look at it, and made him an offer,” Quintos said.

Asked how much he’s poured into the car, Quintos smiled.

To prepare for the car show, he spent hours “on my back, scrubbing the undercarriage.”

“They have a camera and the judges look,” he said. “The undercarriage, the interior, the paint, the chrome.”

The hard work of Quintos and other owners was enjoyed visitors like Ray Sabatino, of Forest Park, who was there with son Quinn, 9, and daughter Katie, 7.

“There are some really nice Chevelles and Impalas here, more my style,” he said. “The ’65 Impala right there is actually gorgeous.”

The car show was bittersweet for the Brownell family of Lyons.

The show was dedicated to the memory of Michael Brownell, who was 36 when died suddenly in January.

His parents, John and Irene, were touched that Lyons Mayor Christopher Getty, a friend of Michael’s, reached out soon after their son passed.

“This means a lot,” Irene said.

“Mayor Getty and his entire staff, they were with us since the day it happened, John said. “At 6 o’clock the next morning, my phone rang, it was Mir. Getty. He said ‘Anything the village can do in any capacity, let us know’.”

Since Michael loved cars since he was a child, it was a perfect fit that the show was held in his memory, Irene said.

A bright yellow 1969 El Camino which Michael and brother Ken restored several years ago, got plenty of attention from visitors.

“It took first place at the World of Wheels car show two years ago,” John said.

John, who has lived in Lyons for 60 years, has plenty of ties to the village.

He formerly was a mechanic employed by the village, kept busy working on vehicles used by the Lyons police and public works departments. His father was a police officer. 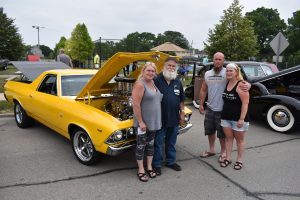 The Brownell family – mother Irene, father John, brother Ken and sister Sandy – stand beside the 1969 El Camino. Ken and his late brother Michael, to whom the car show was dedicated, renovated the classic car.