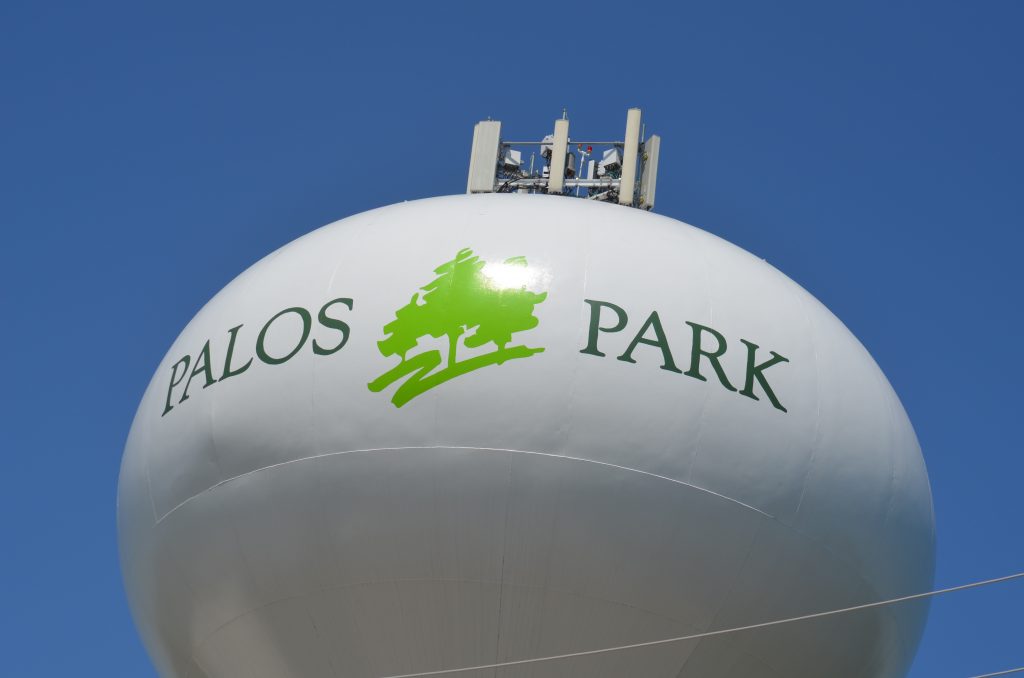 AT&T is looking for the deal of the century.

Or, to be precise, it is looking for a deal that will last for almost a century.

The company is leasing space for its cellular equipment on the Palos Park water tower at 9500 W. 123rd St. and the current lease expires in 2025.

The company reached out with two extension offers. One is to reduce payment from approximately $21,000 to $16,000 per year and reduce the rent escalator from 12 percent to 7 percent.

In exchange, the company would extend the contract to 2055.

According to a letter to the village from MD7, which has partnered with AT&T, these options will “minimize the business risks associated with industry uncertainties and to increase the value of you cell site lease.”

For now, the Village Council is not buying it – literally or figuratively.

While council members are aware that AT&T can take its equipment and go home after the contract runs out in 2025, they feel like this is a prime spot and AT&T is likely not going to pull out.

“They are offering $255,000 for a 99-year lease, which tells me that they are not likely to terminate in 2025,” Mayor John Mahoney said after it was brought up at the June 14 Village Council meeting.

Village Manager Rick Boehm brought the proposals to the council and said his staff feels it’s not necessary to enter a long-term deal.

“Each site is unique to itself,” he said. “Our water tower, in my opinion, is probably one of the highest spaces around, surrounded by forest preserve. I don’t know if they will find a better location.

“I’m certain there is some consideration by AT&T to reduce the number of towers nationwide. It this particular one a threat? Or is this a way for a consultant to renegotiate and perhaps make a bonus or something for a commission for his company? My sense is that it would be the latter.”

Commissioner Dan Polk was all ready to reject the proposals but Commissioner G. Darryl Reed, who called in remotely, said he had information he wanted to share with the rest of the council but not publicly. So, the decision is slated to be voted on at the June 28 meeting.