June 24, 2021/Comments Off on Storm misses Orland; trustees implore residents to be prepared 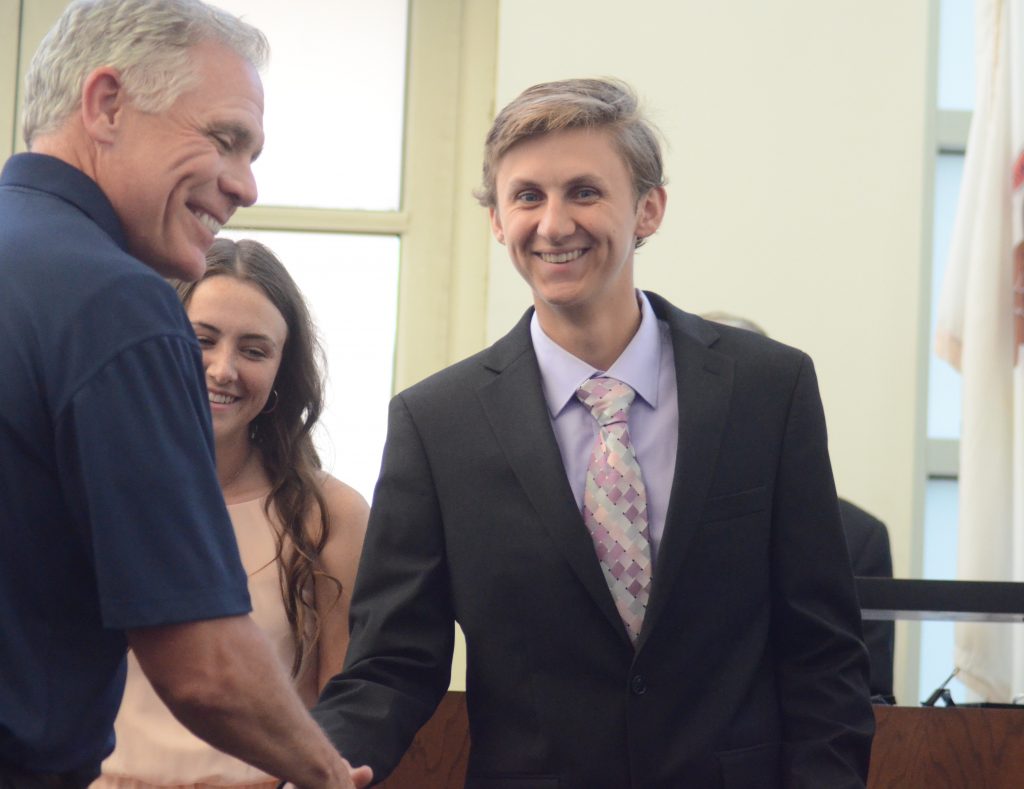 In the wake of Sunday’s devastating storms and tornado that did damage to Naperville, Woodridge and Darien, Orland Park trustees offered prayers and support for those communities and advice for their own residents.

The close-to-home damage was a topic at Monday night’s board meeting and Trustee Cynthia Nelson Katsenes said people should keep those communities in their thoughts and prayers and said Orland Park was standing ready if any of the communities needed help.

Trustee Sean Kampas said he was involved with the Emergency Service Disaster Agency the night of the storm and it hit home for him. He urged Orland Park residents to be prepared.

“Orland Park was very lucky,” he said. “I think about what I have done right and what I haven’t done enough of at home. Please take the time to have a conversation with your families. Know what to do in an emergency and practice it.

“Know how much food and water to need if you find yourself trapped in your basement for a few days. Have a plan of having supplies you might need.”

Mayor Keith Pekau praised the local government’s reaction and response to the disasters and threw a zinger at the state government.

Pekau said that a plan to bring the Hampton Inn to the village was hatched before he took office more than four years ago and Monday night, the board took steps to speed the process up.

The board voted on an inducement agreement that will grant incentives for the building of the five-story 158-room building on 3.88 acre area at 16160-16168 La Grange Road.

“My understanding is that the project is going to start this year,” Pekau said. “We’re looking forward to it.”

All three caddie at Crystal Tree Golf and Country Club, which also earned praise from the board for participating in the program.

The village will host an open house to present plans on the Downtown Orland Park District Development – also known at the Triangle Project – at 6 p.m. Tuesday at the Orland Park Civic Center.

A YouTube video will be available after the meeting for those who can’t make it.