Skip to content
June 26, 2021/Comments Off on Flag flies high at Midway 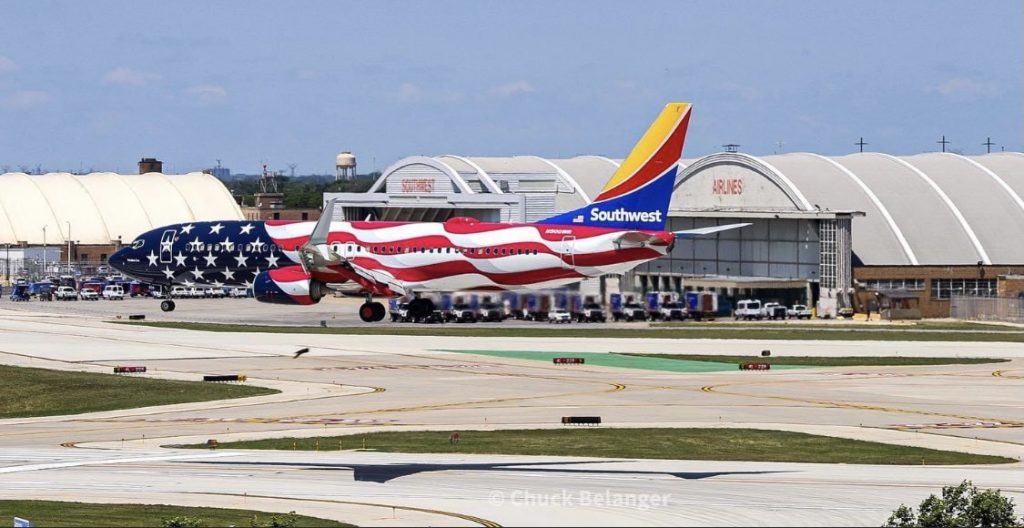 Southwest Airlines’ new Freedom One passenger jet was spotted recently at Midway International Airport, days after it was unveiled at a June 18 ceremony in Houston. The Boeing 737-800 is part of Southwest’s 50th anniversary celebration and is a nod to the company’s decades of “giving people the freedom to fly,” company executives said. “When Southwest first began flying in 1971, less than 15% of Americans had ever had traveled by air. Southwest and our people democratized the skies with friendly, reliable and affordable air travel.” – Supplied photo