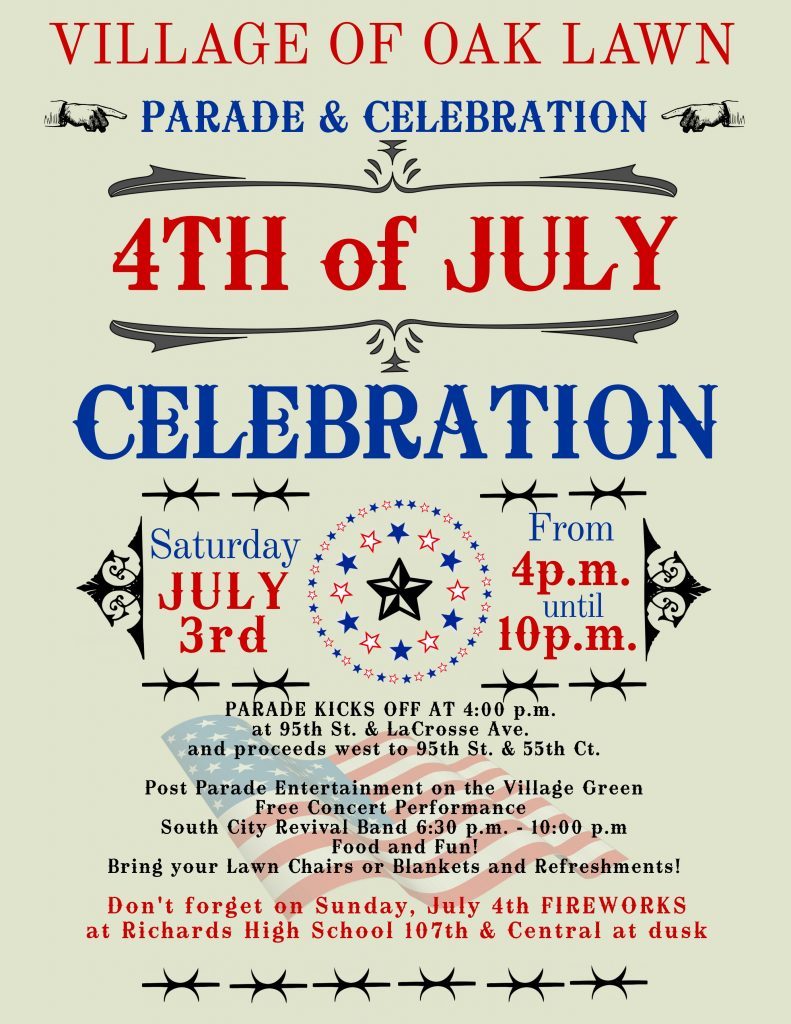 The Village of Oak Lawn wants to remind residents and guests that the annual Fourth of July parade has been moved to Saturday, July 3, at 4 p.m.

In addition to the date change, the parade route will slightly change.

The parade will kick off at 95th Street and Cicero Avenue and proceed westbound on 95th Street to 55th Court. 95th Street will be closed during this event.

Spectators are encouraged to view the parade on both sides of 95th.

The parade features many local businesses, organizations and entertainment including the Chicago White Sox Mascot Southpaw, Those Funny Little People, Medinah Flying Carpets, the Giant Wheel and so much more.

Following the parade and starting at 6:30 p.m. there will be post parade entertainment on the Village Green featuring the band, South City Revival. This event will include food and fun.

The fireworks display will take place the next day on Sunday, the Fourth of July, at Harold L. Richards High School at dusk.

This year’s annual event will look a little different as Richards High School’s football field and stands will be closed to the public due to construction. Therefore, the fireworks will be an aerial only display so that patrons can view the show from alternate areas.