Skip to content
July 1, 2021/Comments Off on Orland ready to build spiffy downtown and to demolish unsafe farm buildings 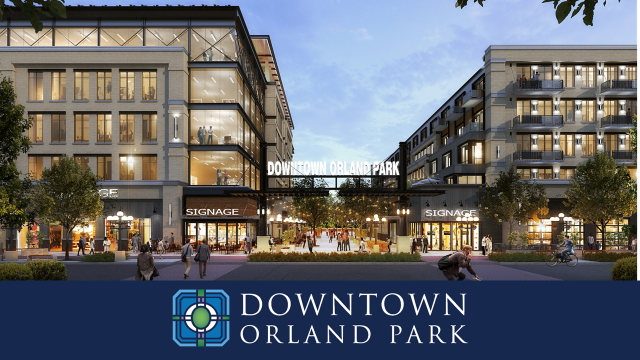 A rendering of what downtown Orland Park could look like. (Photo courtesy of the Village of Orland Park)

The old and the new.

On Tuesday night, Orland Park’s village board hosted an open house at the Civic Center to talk about buildings that will be erected in the 2020s.

One building away, at Village Hall, the Orland Park Plan Commission held a public hearing to talk about buildings erected in the 1800s.

The Triangle Project and the Glenn Boley Farm were hot topics of conversation as officials are trying to build up a downtown area while others are trying to figure out which unsafe old buildings should be destroyed or rehabbed.

The decades long project has a final phase to go through and Edwards Realty Co. has been given the keys to finish it with a flourish

As he did with the board earlier this year, Edwards President Ramzi Hassan gave a detailed account of what the future could look like in the area of 143rd Street near the Metra Station.

His vision includes multi-stories buildings for housing, offices, restaurants and a building for entertainment.

“We don’t have what residents and community members want and need and that’s a downtown [area],” Hassan said. “I’ve always been envious of other downtowns. We’ve done a lot in other downtowns, too, and we are bringing that knowledge to Orland Park.

“We did a major redevelopment in downtown LaGrange. We are doing work in Burr Ridge. We bought the Burr Ridge Village Center. We made a number of changes during COVID and now we created an entertainment district, we brought in new tenants, medical, businesses and retail.”

Keith Pekau said that before he became mayor in 2017, the Triangle Project was financially in the hole, and he said Tuesday that it lost $30 million including $7 million on the Ninety7Fifty on the Park apartment complex.

The new phase will have big buildings along 143rd Street and not the single-story and two-story buildings that were envisioned in 2000.

“This is not going to be some quaint little downtown,” he said. “That won’t look right or fit right and quite frankly, I don’t think Ramzi and his team can make any money building a bunch of single-story buildings.”

One of the biggest plans is a building that will house concerts, eSports competitions, TV production studios, public gaming stations, a convention center and a city center for gathering on the site that currently houses Crescent Park.

Ken McGraw, a third-generation Orland Park resident who represents GTV eSports Media, said that this building could bring in people from all over the world to Orland Park.

“These events will bring in a lot of activity, eyeballs and revenue from outside this city,” he said. “It’s a major revenue producer.” 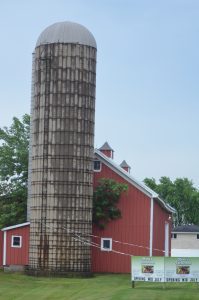 Big changes could be coming to Boley Farm as several structures on the historic farm are deemed unsafe. (Photo by Jeff Vorva)

While the Civic Center activity featured future buildings with eSports, the Plan Commission spent two hours and 40 minutes trying to figure out what in the heck to do with some of the buildings on the village-owned Boley Farm that were built before the invention of the car.

The farm is a historic site nestled near residential areas on 151st Street and kitty-corner from Silver Lake Country Club, but aside from being the home of Hank’s Farmstand in the late summer and early fall, there is no other activity and village officials have deemed many of the buildings unsafe and they used a study to help determine a course of action that the Village Board could discuss as soon as Tuesday (board meeting moved because of July 5 holiday).

The Plan Commission voted 6-1 for a $700,000 project for most of the dangerous historic and non-historic structures to be removed.

The silo, ground barn, farmstead and granary would be spared and rehabbed. The other buildings, such as the farmhouse, threshing barn, machine shed and milk house would be torn down.

The lone dissenter was commission member John Nugent, who thought the price tag was too high and thought the work could get done for a lesser cost.

Neighbors of the farm came to the meeting to implore the commission to keep as many buildings up as it could.

Henry Jacobs, 70, who runs Hank’s Farmstand, said he has used that property since 1983.

“It would be my goal that you would keep the farm as it is right now,” he said. “Maybe there would be demolition of some of the structures, but not all of them because it’s a part of Orland. It’s been there since the 1800s. I would love to see it stay the way it is.”

Plan Commission Chairman Nick Parisi emphasized that the action taken last Tuesday was a recommendation and that the Village Board would have the final say.