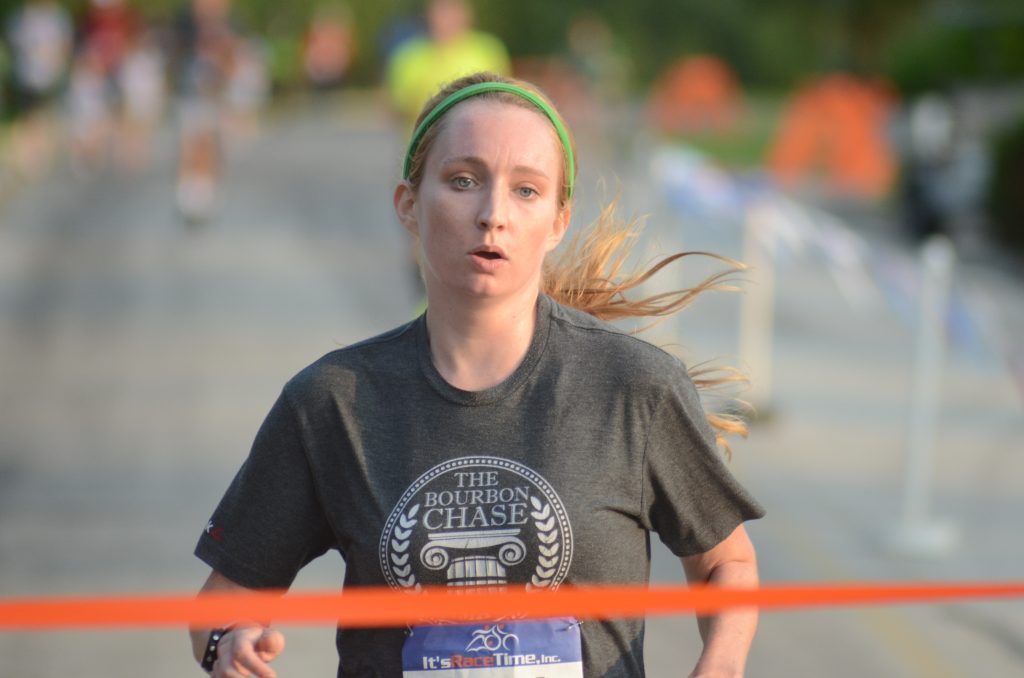 Nellie Gannon, an area dentist, was the first female to cross the finish line at the Orland Park Liberty Run on Friday. Photo by Jeff Vorva

After stops in Kentucky and Tennessee, Nellie Gannon is back home.

The Marist graduate and dentist is working at offices in Palos Heights and Orland Park; and now that she has settled in, her running endeavors are going well, too.

Gannon, 29, used the Orland Park Liberty Run/Walk at Centennial Park on July 3 to help her get ready for the Chicago Marathon. She was the first female finisher in the 2-mile race with a time of 13 minutes, 46 seconds.

She said it was the first competitive race she has ever won.

“Pacing was big,” she said.

Gannon ran track at Marist, but gave up the sport when she went to college at Miami (Ohio). But while there, she stuck with running on her own.

She built herself up for a run at a marathon in Chattanooga, where she finished 64th overall with a time of 3 hours, 55 minutes and 36 seconds, shortly before the pandemic hit in 2020. Her time was 10th among females in that race. 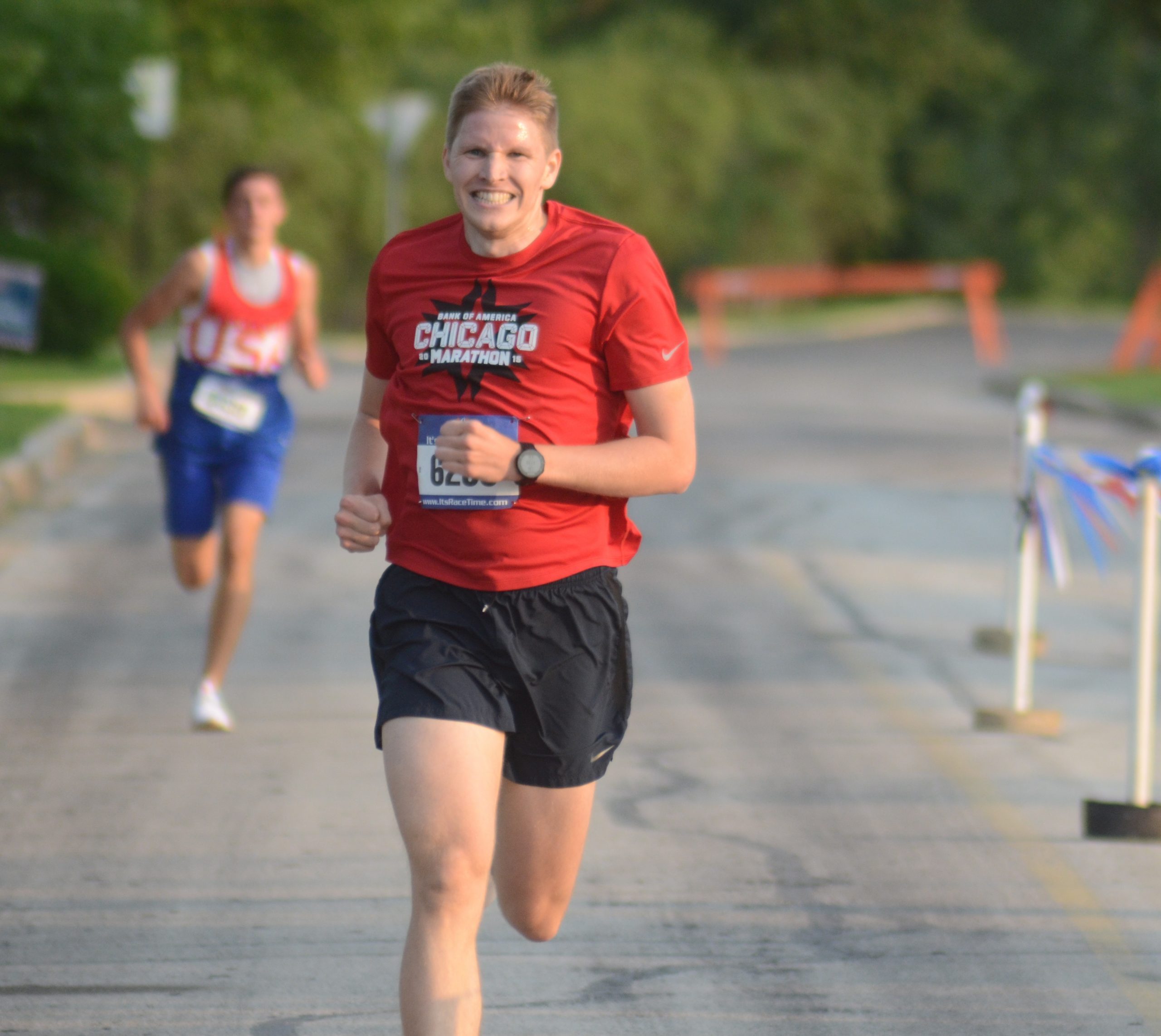 In the men’s division at the Liberty Run, Zach Dahleen, 30, of Tinley Park, crossed the finish line first with a time of 11:29, one second ahead of 15-year-old Owen Ford of Minnesota.

Dahleen, who grew up in Orland Park, is one in a long line of Sandburg cross-country runners who have enjoyed success in high school and beyond. He finished seventh in the IHSA Class 3A state meet in 2008, then placed second in the state in the 1600 in track the following spring.

He is working in IT at the University of Chicago and his running was derailed in 2020 by a right Achilles tendon injury. The Liberty Run was his first race back and the tendon felt fine, he said. He was pushed by Ford at the end.

“I knew someone was behind me, so I had to push a little bit at the end,” Dahleen said.

Ford is not from this area, but has been competing in the Liberty Run for close to 10 years because his grandparents, Bob and Nancy Carlson, live in Orland Park. He and his family visit the area each year around Independence Day.

He said has won age-group titles before at the event, but this was his best overall finish.

The Liberty Run format was back to normal this year after a flight format because of the pandemic in 2020. Last year, many races shut down, but Orland Park Director of Recreation Ray Piattoni and his crew devised a safer run that had a number of limited runners in each flight take off each hour. 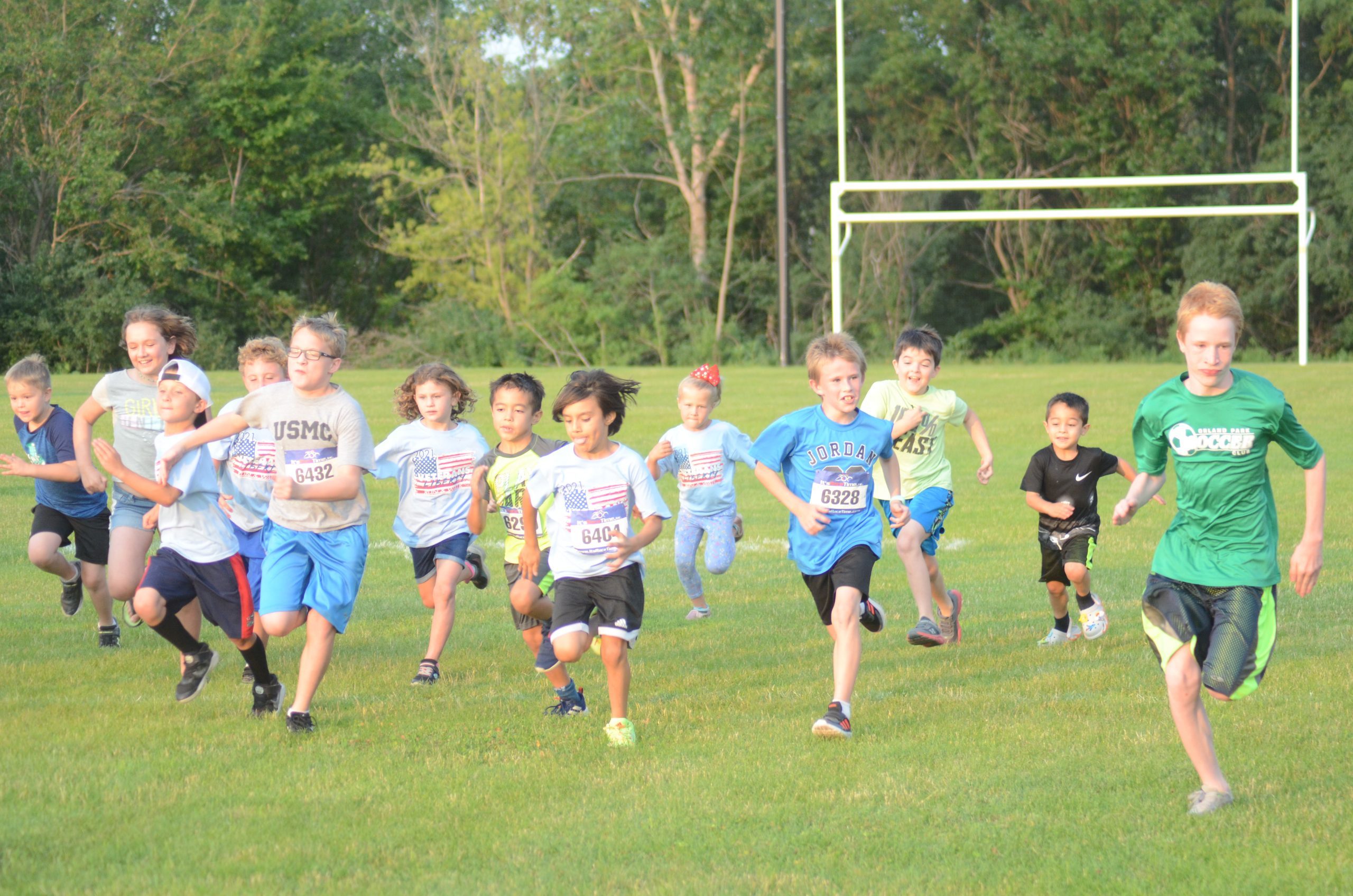 The 50-yard kids dash at the Liberty Run gets off to a fast start. Photo by Jeff Vorva