Skip to content
July 10, 2021/Comments Off on Lyons Music in the Park returns 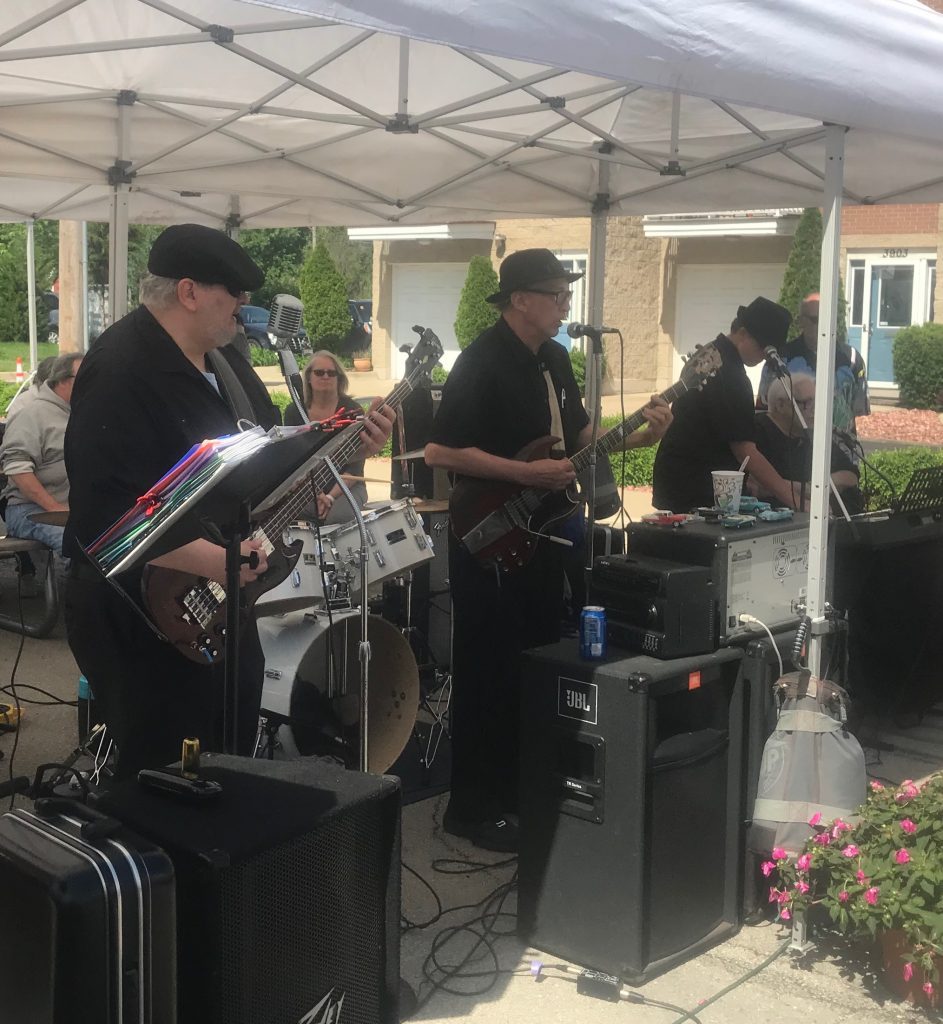 Lyons is bringing back its summer concert series. (File photo)

Lyons Music in the Park returns

The concert series was put on hold last summer because of the coronavirus pandemic.

Now, with more people getting COVID-19 vaccinations, the number of cases dropping and the state re-opened to large public gatherings, the concert series is back.

Starting last Wednesday, bands will play from 6 to 9 p.m. for eight straight Wednesdays in the pavilion in the park, 4100 Lawndale Ave., just north of the village hall.

Kicking things off were The Redmonds, who play classic rock.

Director of Parks and Recreation Ted Tala is thrilled to bring back the tunes.

“To be able to put this on eight weeks in a row, to grow and grow in popularity and have our best year (in 2019) and then stop, it was hard on everybody,” Tala said.

When the village learned earlier this year that it was okay to present live music again, Tala got busy contacting entertainers.

“It’s a diverse lineup,” Tala said after last Tuesday night’s village board meeting. “The mayor and I put our heads together. We wanted to get some sort of Latin flair in there, so we have a flamenco band coming in.

“Dave Weld & The Imperial Flames, will honor the blues,” Tala said. “Obviously, Blues Fest was a great success (in Lyons) a couple of years ago. This band comes highly recommended.”

Zorila, which played live music on a truck bed Sunday during the village’s Fourth of July parade, also will be on stage this summer.

There is a slight change from years past.

While the village will provide free water, Mayor Christopher Getty said, it will no longer offer free food.

However, vendors will be brought in each week to sell food at reduced prices.

Waterworks Pizzeria & Tavern – which had a grand re-opening event on Saturday after a fire earlier this year — was at Veterans Park last week, selling pizza slices for $2 and cans of soda for $1, Getty said.

Like Tala, Getty is excited about the concert series returning.

“I think it’s phenomenal,” the mayor said. “The main reason it’s phenomenal is the residents have asking for it, requesting it, looking forward to it.”

“We get a huge crowd every Wednesday,” Getty said. “It’s just bringing the community together and having fun.”

Getty and Tala suggest bringing chairs. You can bring your own food and beverages.

Getty said the village may erect a larger stage for the last two concerts. He and Tala are hoping to sign a second band for Aug. 18.

By PETER HANCOCK Capitol News Illinois p[email protected] SPRINGFIELD – Gov. JB Pritzker this week asked the College Board for more information about its reasoning for changing the final framework of a new Advanced Placement course in African American studies after it had been criticized by Florida’s Republican Gov. Ron DeSantis. “Although we are pleased to…

By NIKA SCHOONOVER Capitol News Illinois nsc[email protected] SPRINGFIELD – Illinois schools are still grappling with a teacher shortage that seems to only be getting worse, a recent survey by the Illinois Association of Regional Superintendents of Schools shows. This mirrors the state’s own data, which shows Illinois’ teacher shortage is at the highest level in…