July 11, 2021/Comments Off on OG is MVP for Red Stars in bizarre win over Houston 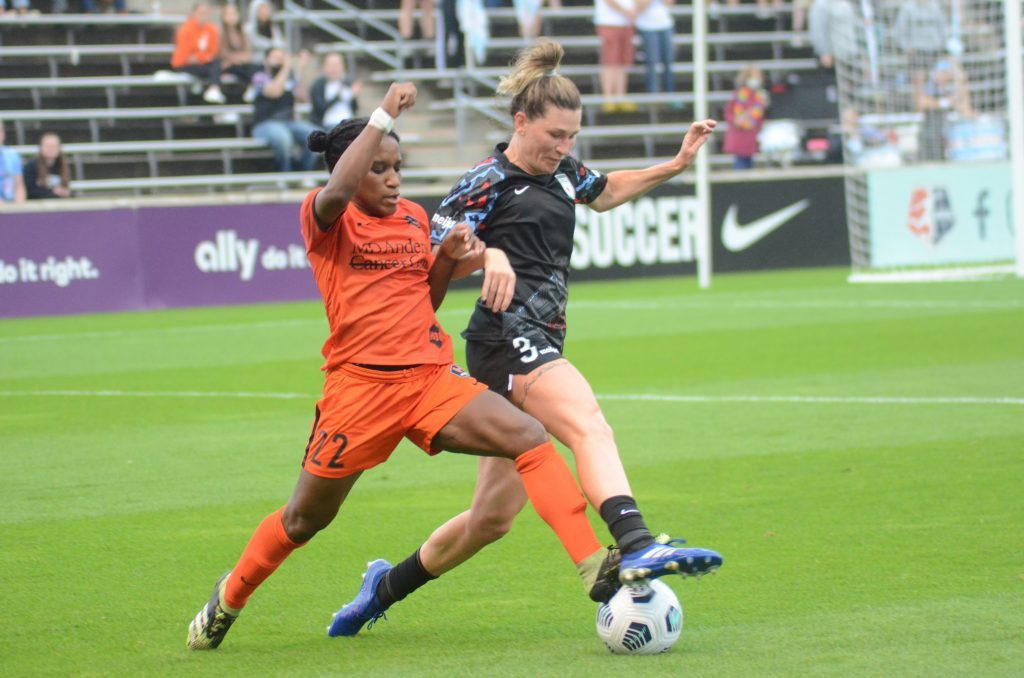 OG is MVP for Red Stars in bizarre win over Houston

The most valuable player for the Chicago Red Stars the past few weeks has been Own Goal.

Well, that’s not really a player. In soccer stat lingo it’s a stat abbreviated to OG. But it’s a thing with the offense staved Red Stars

In a bizarre development, the Red Stars racked up six points in a pair of games and enjoyed their first National Women’s Soccer League winning streak of the season without being credited with an offensive goal.

The team picked up a break with an own goal in a 1-0 victory at Washington on July 2. Sunday, good ol’ OG showed up and came to the rescue again as the Red Stars picked up two more in a 2-1 victory over Houston on a cool, rainy and windy July late afternoon at SeatGeek Stadium in Bridgeview.

Coach Rory Dames said the goals were set up by aggressive offensive pressure.

“However they come – we’ll take em’’’ Dames said. “Tonight is one of the nights where the bounces went our way. They weren’t flukes We absolutely caused those goals.”

They have scored eight goals in 10 matches and three have been opponents’ own goals.

Houston’s Veronica Latsko scored the first goal in the 62nd minute. The Red Stars then scored when Mallory Pugh’s free kick went off Houston’s Shea Groom on a header in the 73rd minute. Another Red Stars shot went off former Red Star Katie Naughton in the 76th minute and the ball went into the Houston net.

The Red Stars (4-4-2) dashed the greatest streak in the Dash’s history as Houston (4-2-3) had won four of the previous five matches and it was the first time it won ever won that many in five games.

But the Dash kept another streak alive as it remained winless on the road against the Red Stars as they are 0-5-4 playing in facilities that host the Red Stars.

“Giving you an honest assessment, I thought she treaded water in the first half,” Dames said. “I said to her at halftime ‘You can either play and be brave or play and be scared. What’s the worst thing that can happen? Go out and be a little braver and trust yourself.’

“I thought she was significantly better in the second half. She will learn a lot from the experience.” 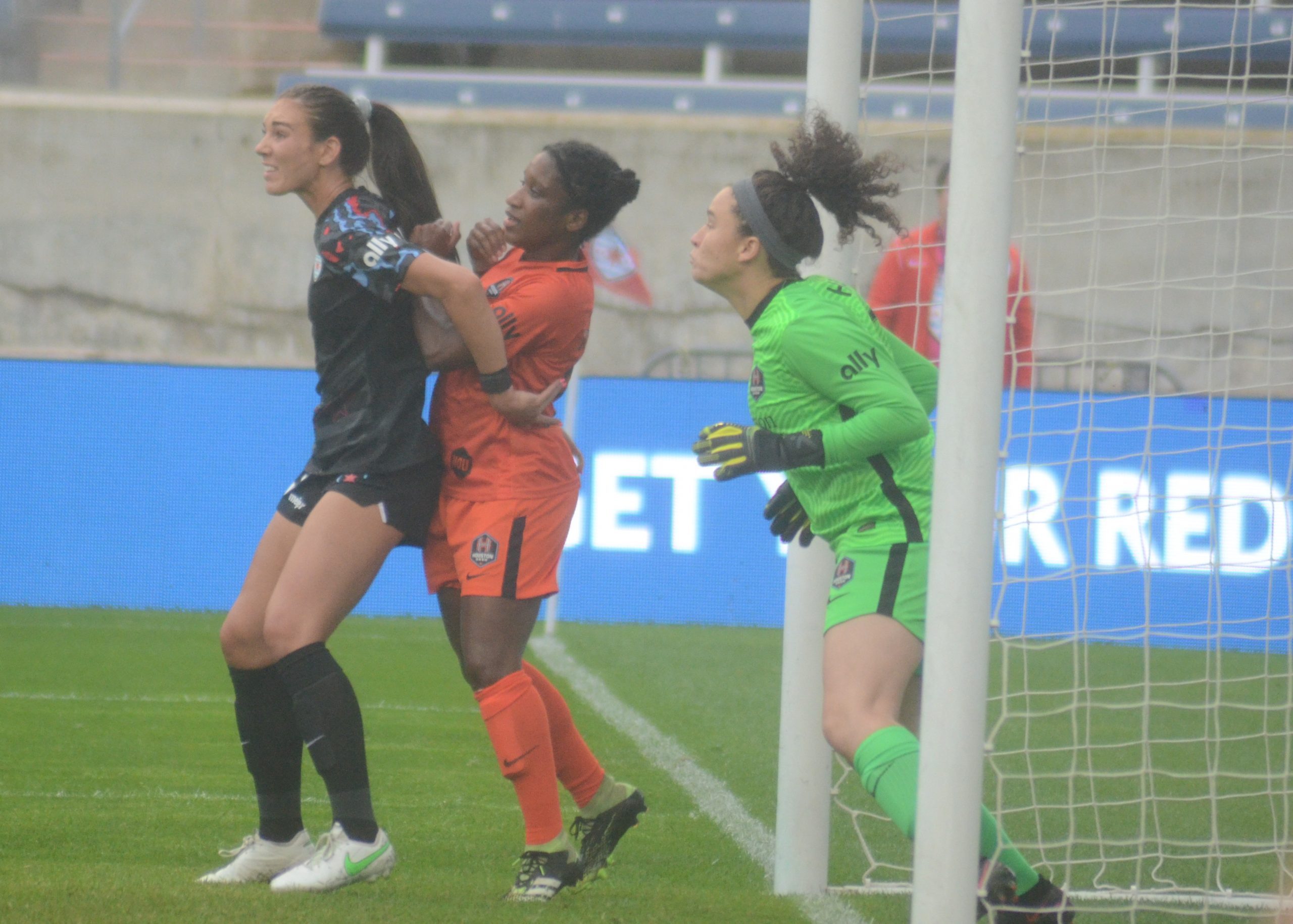 Krueger on Olympic roster
Casey Krueger was a last-minute addition the U.S. Olympics soccer roster as a full member and joins Chicago teammates Tierna Davidson, Alyssa Naeher and Julie Ertz on the squad.

While it is bad for the Red Stars product on the field to be out with four strong players for a four-game stretch, Dames is happy for Krueger to get the opportunity to try to earn a gold medal, especially when Krueger narrowly missed making the World Cup team.

Dames said he has known the Naperville native since she was 8 and admired the way she handled not making the World Cup squad.

“I feel very grateful for her,” Dames said. “It’s a cliché’ but it’s nice to see good things happen to good people. Anyone who knows Casey can’t help but root for her.”

“I’m incredibly excited about the news,” said Krueger. “With that said, my mindset doesn’t change. I’m grateful for this opportunity and no matter what role I’m asked to play, I’ll do anything and everything I can to help the team be successful.”

In and out of the box
Chicago is the only team in the league to not score outside the box this season.

As a matter-of-fact, the Red Stars last 25 goals in any competition have been within the box.

The last outside-the-box goal game from Vanessa DeBernardo in the team’s regular season finale in 2019.

Coming up
The Red Stars will host a second straight 5 p.m. Sunday contest at SeatGeek Stadium when they face the OL Reign (3-5-1).

The Reign beat Chicago, 2-0, in Tacoma on June 22 when it scored the earliest goal in team history in the first minute on a Shirley Cruz score followed by a Bethany Balcer goal in the 18th minute. Balcer scored two goals in a 2-0 victory over winless Kansas City Sunday. 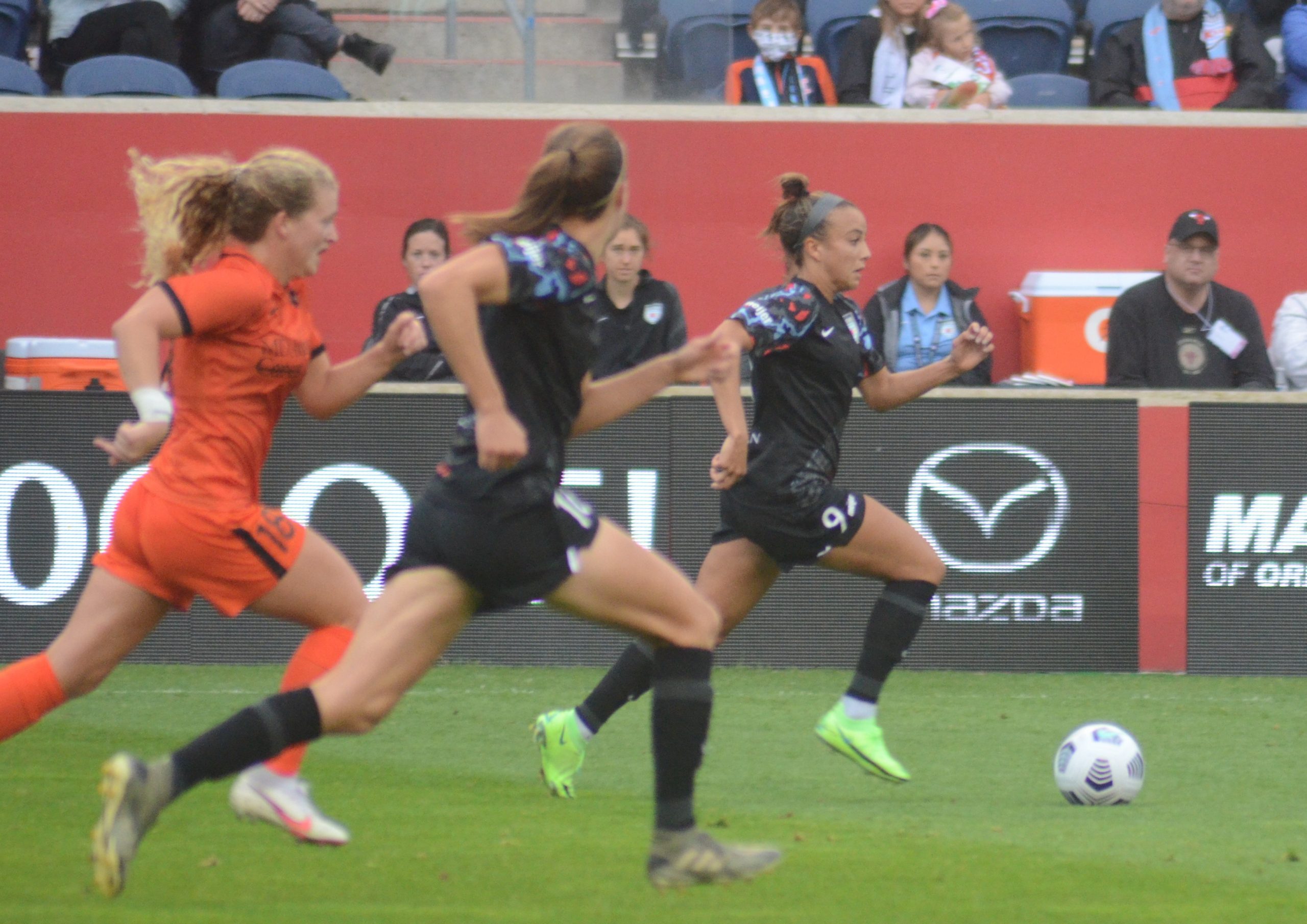 Chicago’s Mallory Pugh (right) is off to the races against Houston. Later in the match, she helped cause an own goal for her team in a 2-1 victory. Photo by Jeff Vorva