Skip to content
July 11, 2021/Comments Off on Quick turnaround on tap for football 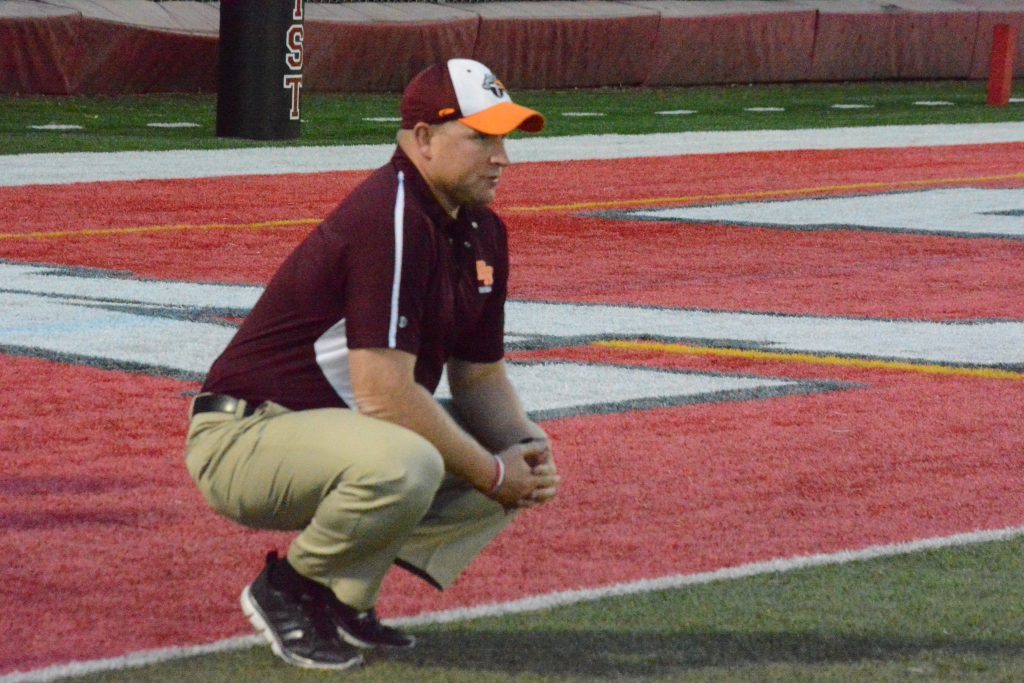 Brian Badke will finish out his career with one more season as Brother Rice’s football coach. Photo by Jeff Vorva

Quick turnaround on tap for football

The high school football season is off to a goofy start and the first kickoff is two months away.

This is about the time of year when the IHSA releases its football schedules, and on July 8 sent a release to media members stating schedules would be released the following day. A few hours later, the governing body said too many teams had incomplete schedules it is planning to try again this Friday.

Well, here at Southwest Regional Publishing, it is hard to wait. After digging through area schedules via the MaxPreps and 8 to 18 websites, here are some fun and funny facts about the coming 2021 football schedules.

Some sophs shuttled
After the pandemic-induced spring season, many sophomore games were moved away from Friday nights. This fall, that trend will continue for some leagues.

Sophomore games for most schools in the SouthWest Suburban Conference and Chicago Catholic League will be played on Saturdays.

The Metro Suburban will have a mix of Friday and Saturday games for the sophomores.

Badke’s last stand
Brother Rice coach Brian Badke is stepping away from the field after this season. His final tour of duty features some strong games, with Hillcrest on Aug. 27, Loyola on Sept 17, Mount Carmel on Oct. 1, Joliet Catholic on Oct. 8 and Marist on Oct. 22.

But to put things in perspective, a Sept. 3 non-conference game against Perspective Charter Leadership could be a running-clock game.

New eras
The Troy McAllister era starts at Sandburg on Aug. 27 when the Orland Park school hosts Prospect. The Eagles visit Glenbrook South on Sept. 3 and renew their rivalry with District 230 foe Andrew on Sept. 10.

The Tom O’Connor era at Chicago Christian starts on Aug. 27 with the Knights hosting Hansberry Prep. They will host Sept. 3 Marquette Academy from Ottawa the following week. The Knights beat Hansberry 53-6 in 2019.

The Ryan Pattison era at Oak Lawn begins Aug. 27 when the Spartans host Rich. The will visit Stagg on Sept. 3.

Astros thinking big
After winning a conference title for the first time since 1993 this spring, Shepard is looking for an even bigger season in the fall. The Astros open with non-conference road games at Kankakee on Aug. 27 and Plainfield East on Sept. 3.

Will the Astros be able to beat Richards again? That South Suburban Red rivalry game is slated for Sept. 17 at Korhonen Field.

The RedHawks open against Curie on Aug 27, followed by home battles with Richards, Nazareth and Mt. Carmel before finally using the busses to head to Marmion on Sept. 24.

Hit the road
St. Laurence has a killer three-game road set against Joliet Catholic on Oct. 1, Mount Carmel on Oct. 8 and Notre Dame on Oct. 15.

Mark these down
A few potential power games to watch for include Mount Carmel at St. Rita on Aug 27, Nazareth at Marist on Sept. 10 and Mount Carmel at Loyola on Sept 19.

Big Bulldog battles
Richards had a rough spring and hopes to have a better fall, but opening the season at Nazareth on Aug. 27 and then traveling to Marist on Sept. 3 could put the Bulldogs in a quick hole heading into the conference season.

Lions ready to roar
Coach Jon Beutjer is looking forward to his first full season at Lyons after a 2-2 spring. The Lions will open the season with home non-conference games against New Trier Aug. 27 and Addison Trail on Sept. 3.

Looking for first win
After going winless in the spring, new Stagg coach Colt Nero is hoping to get that initial victory sooner rather than later.

The Chargers have a long trip north to face Zion-Benton Aug. 27 and host Oak Lawn on Sept. 3. They have a huge task on Sept. 10 at Lincoln-Way East.

Renewing a rivalry?
Argo hosts Joliet Central in a battle of former Illini Eight conference foes from way back.

As for the CPL?
It’s not a surprise that many Chicago Public League schools have incomplete or no schedules at this point. Heck, during normal conditions, finding information on the Public League is an adventure.

According to MaxPreps, Bogan has one game with Goode Stem, but no date or time is listed. Curie visits Marist Aug. 27 and DeLaSalle on Sept. 3, but that’s it for the Condors so far. Catalyst-Maria’s lone game listed is against Chicago Academy on Aug. 27.

There are no games listed for Back of the Yards or Solorio.