Skip to content
July 11, 2021/Comments Off on Summer concerts return to Brookfield 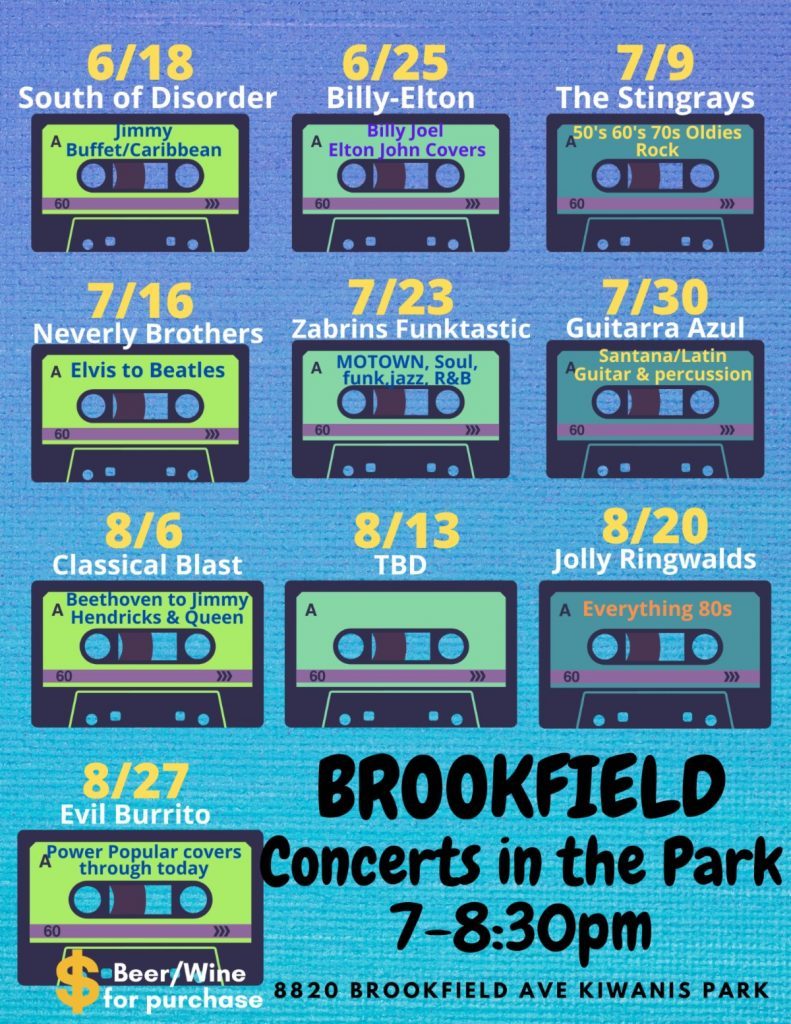 After a year’s hiatus because of the coronavirus pandemic, Concerts in the Park has returned to Brookfield.

The series, which took a night off on July 2, began on June 18 and about 300 people attended the first concert by South of Disorder, said Stevie Ferrari, director of parks and recreation for the village.

“It’s beautiful,” she said about having the series back.

“This is why I do what I do, and now I get to see all these faces I’ve been missing for a year,” Ferrari said.

No food is being sold, so you have to bring your own. Also, bring chairs or blankets to sit on. New this year are beer and wine sales.

Here’s the schedule for Concerts in the Park, which is held at Kiwanis Park, 8820 Brookfield Ave., right next to the village hall.

CONCERTS IN THE PARK

July 16: The Neverly Brothers, Elvis to The Beatles.

Aug. 6: Classical Blast, from Beethoven to Hendrix to Queen.

The village is offering more entertainment on one Saturday night each month with the Music on Grand Concert Series.

Grand Avenue north of the railroad tracks will be closed to traffic to allow the full-day street festivals.