Skip to content
July 15, 2021/Comments Off on Wait til’ next year? Vacant corner in Palos Heights remains empty 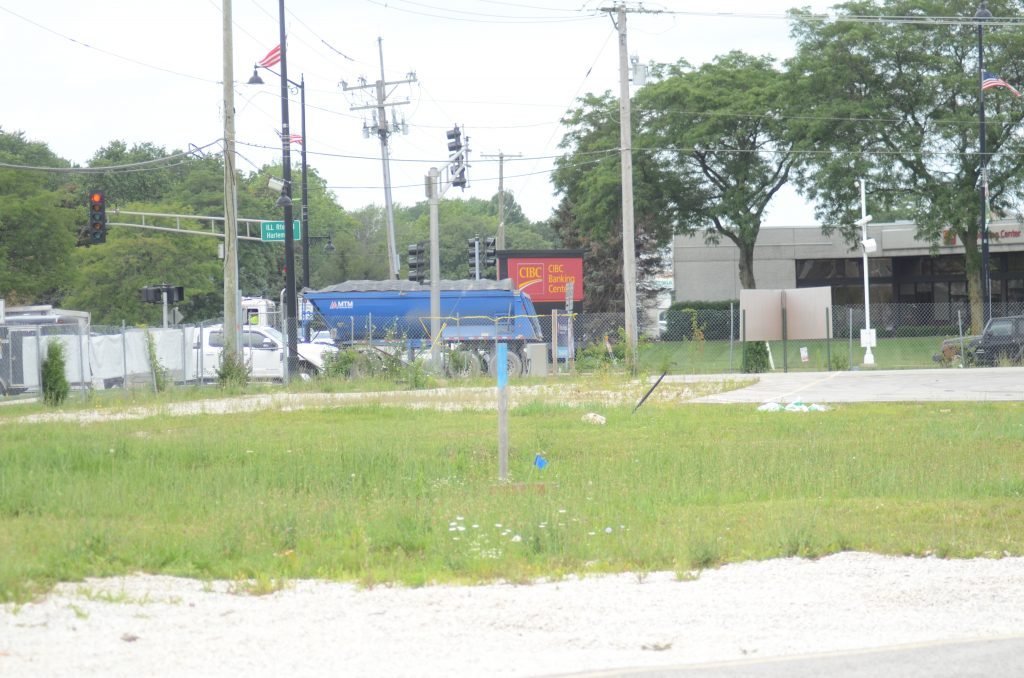 Palos Heights officials hope that within the next year the vacant corner on Harlem Avenue and College Drive will have a tenant. (Photo by Jeff Vorva)

So, what’s going to happen at the vacant northeast corner of Harlem Avenue and College Drive?

The City of Palos Heights City Council isn’t sure.

GW Properties, which owns the land, isn’t sure.

But all parties are hoping that something will be starting to be built on that land within a year.

At the July 6 council meeting, GW Properties requested an 18-month extension on the Planned Unit Development on the property and the council instead voted 7-1 to extend it to 12 months. Ald. Robert Basso (2nd) was the lone “no” vote.

Last summer, this was a hot-button topic with some residents as the council voted 5-3 to allow a 7-Eleven/Mobil gas station to take that space.

But after Christmas, Mayor Bob Straz was told the deal was in jeopardy because 7-Eleven was buying 3,900 Speedway stations.

Mitch Goltz of GW Properties told the council that they are still in talks with 7-Eleven and are working all angles.

“With COVID we had to work through various delays and with the administration changes with 7-Eleven and all the operators we are working with for the site plans and we want a little more time to put this all together,” he said. “We’re working hard on this but unfortunately, like with many things right now, they are taking a bit longer than we would all like.”

In three meetings last summer, many residents showed up to protest the project.

On social media, some complained of the in-and-out access and the aesthetics of another strip mall-type of business.

Clifford said it would be a big improvement to the city and McGrogan said it would generate a big chunk of tax money for Palos Heights.

Key said that the city had enough gas stations while Lewandowski said he made his decision after speaking with residents.