July 30, 2021/Comments Off on Civil Rights Icon Emmett Till honored 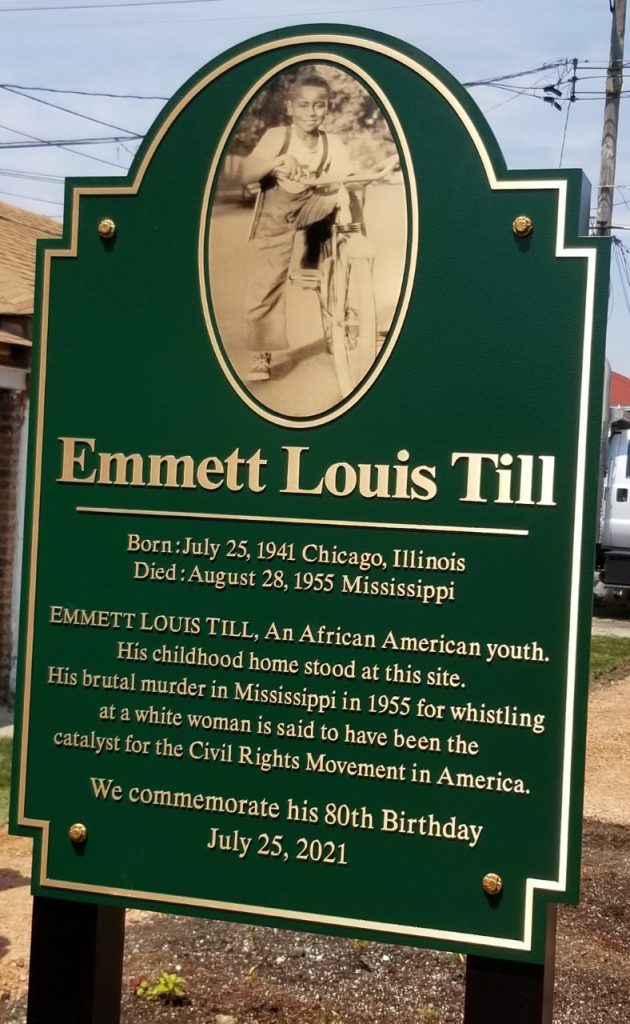 Last weekend was filled with events in Summit, Alsip and Chicago to celebrate the 80th birthday of Emmett Till, the 14-year-old boy abducted and lynched in Mississippi in 1955 for allegedly whistling at a white woman.

On Friday, there was an invitation only dinner at the Emmett Till Memorial Center, 6450 S. 76th Avenue in Summit. The dinner for just under 100 people was hosted by Till’s cousin, the Rev. Wheeler Parker, and his wife Dr. Marvel Parker, a longtime Summit village trustee. There were notable out of town guests in attendance, along with a local poetry/spiritual dance routine.

Saturday kicked off with a continental breakfast at the Till Memorial Center, then a historical bus tour to Roberts Temple Church (site of Emmett Till’s funeral), then to Burr Oak Cemetery in Alsip to pay respects at the gravesites for Emmett and his mother, Mamie Till-Mobley, and a memorial service for another cousin, Airickca Gordon-Taylor. U.S. Rep. Bobby L. Rush (D-1st) spoke at the cemetery.

After the cemetery visit, the bus headed back to the Till Center in Summit.

From 1-5 p.m. on Saturday, there was a youth cookout at Argo Park where hot dogs, burgers, games and music were provided.

Saturday evening, at 6 p.m., there was the 80th Birthday Celebration and Reception at the DuSable Museum in Chicago. There were approximately 100 people on hand at the museum event including Christopher Benson, professor from Northwestern University, who is a lawyer and a journalist. He is the co-author of “Death of Innocence: The Story of the Hate Crime that Changed America.” It was co-written by Mamie Till-Mobley. Also in attendance was Ollie Gordon, another cousin of Emmett Till.

On Sunday, about 150 people were on hand for the unveiling of the Emmett Till Historical Marker at 7526 W. 64th St. in Summit, followed by food and refreshments at the Emmett Till Memorial Center.

Dr. Parker thanked Dallis Anderson for his tireless efforts to help get the historical marker in place. She also thanked Dr. Antonio Mister of the Emmett Till Scholarship Committee, the Summit Community Task Force, and members of the Emmett Till Commission from Mississippi, Patrick Weems and Jesse Jaynes.

Dr. Parker singled out the Emmett Till and Mamie Till-Mobley Institute, which is based at the Till Center, which has received a $700,000 grant to create an Emmett Till curriculum for Illinois students from kindergarten to 12th grade.

Dr. Parker also mentioned some of the things done to memorialize the legacy of Emmett Till, including the Emmett Till Math and Science Academy at 6543 S. Champlain in Chicago, the Till home in Chicago at 6457 S. St. Lawrence, and now the site of his childhood home in Summit.

After the unveiling, guests moved on to the Emmett Till Center for food and refreshments.

Argo Community High School also has a plan in the works to memorialize Mamie Till-Mobley on the grounds of the school from which she graduated. The details are still being worked out. 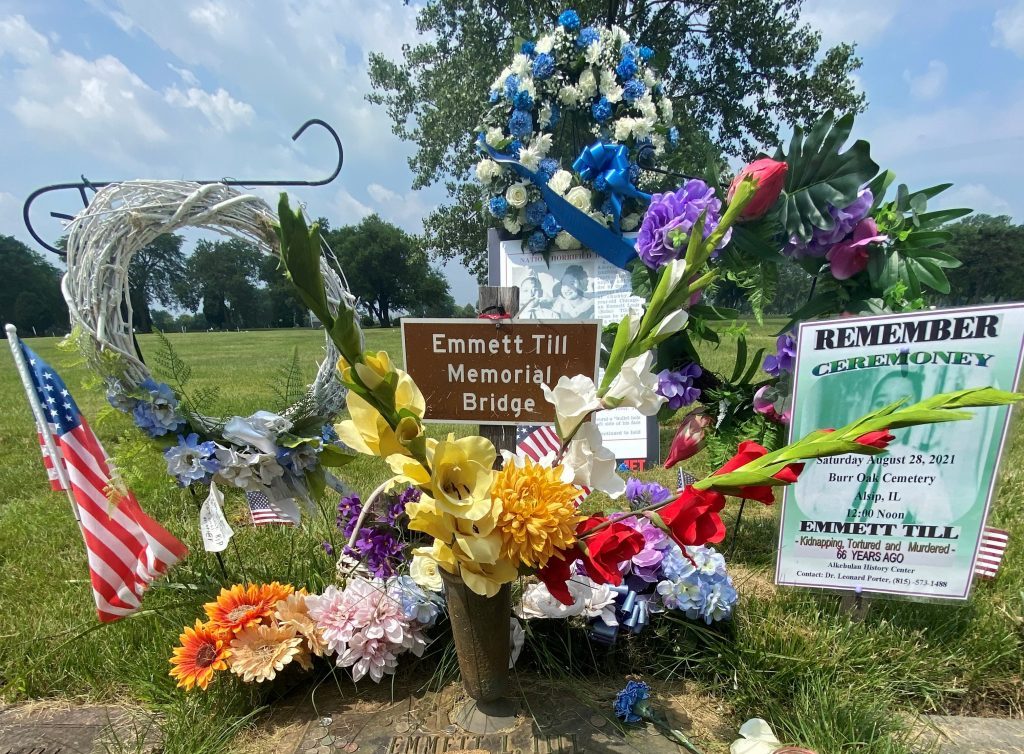 Flowers adorn the Burr Oak Cemetery gravesite of Emmett Till on what would have been his 80th birthday. (Sacred Era Productions photo)

By PETER HANCOCK Capitol News Illinois phancock[email protected] SPRINGFIELD – A federal judge in Chicago handed down a one-year prison sentence Tuesday for a former state senator who once chaired the Senate Labor Committee. Tom Cullerton, a Villa Park Democrat, pleaded guilty earlier this year to one count of embezzlement for receiving salary and benefits from…