Skip to content
July 30, 2021/Comments Off on Nothing nice or convenient about this store visit

Nothing nice or convenient about this store visit

Your correspondent in West Lawn

My mom always said, “If you can’t say something nice, don’t say anything at all.” I have tried to follow her good advice my whole life; but every now and then, I have to say what’s on my mind.

On a Sunday night a couple of weeks ago, my hubby and I went out to dinner. On our way home we stopped at the 7-Eleven at 59th and Pulaski, so that I could run in and buy a copy of the Greater Southwest News-Herald. 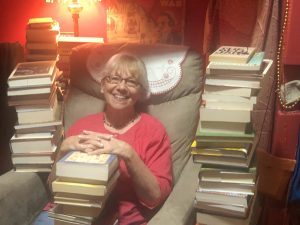 I stood in line. There were four people ahead of me. When it was my turn, a man stepped right in front of me and put his items on the counter. I was thinking, this isn’t very gentlemanly.

I thought the cashier would surely say something. She didn’t. I said, “I’ve been standing in line.” She said, “Too bad. I’m taking care of him first.”

She then rung up his items and said something to him that I couldn’t understand. I thought it would be my turn next; but instead, the cashier motioned for the person after me to come up to the register. She took care of her, and then another person stepped up. I just stood there. I said, “I just have one item and exact change. Can I just leave the money and go?”

The cashier started yelling at me, saying she needs to scan the newspaper. I put it on the counter, along with my money. She scanned it. I left.

I think it was wrong of her to take care of other people who were in line after me. She certainly didn’t need to yell at me. I was treated with disrespect and did nothing to deserve it. I am disappointed the other customers didn’t at least say something. I would have spoken up if I saw a customer being treated poorly; and I bet you readers would have, as well. I hope this never happens to anyone else. I don’t feel like I can ever go there again.

Sometimes I wonder if 59th and Pulaski has a curse on it. Although the former Walgreens store that was destroyed during the rioting last year has been completely torn down, rebuilding still hasn’t started yet. That northwest corner stands bleak and empty, cordoned off by a security fence.

Here’s some hopeful news. The viaduct at 59th and Central Park is going to have a mural painted on it. I’ve seen many underpasses all over Chicago with lovely murals. There’s one on the North Side, near Sheridan Road and Foster Avenue, that has the most beautiful and glittering mosaic artwork. It was created many years ago by people who live near that viaduct.

If you would like to learn more about the West Lawn viaduct mural project, plan on attending an online meeting at 6 p.m. Aug. 23. You can call the 23rd Ward Ald. Silvana Tabares’ office at (773) 582-4444 for registration information. I wish the meeting was going to be an in person one, so that my neighbors without internet access could attend. I hope the mural will be a work of art that is meaningful to all people in West Lawn.

The West Lawn Branch Library is still closed while building improvements are being made. I got in touch with librarian Jose Gallegos, who said, “Originally, the library was scheduled to reopen on July 26; but the district chief gave me a more realistic opening date of early September.”

Jose is such a helpful librarian. I will be happy to see him again and happy to see our branch library open soon.

In the meantime, if you need a book, you can go to the Chicago Lawn Branch, 6120 S. Kedzie, or the Archer Height Branch, 5055 S. Archer. I recently put a book on hold to be picked up at the Archer Heights Branch. I haven’t been there for a while and I do like the Frank Lloyd Wright-inspired architecture. Their hours are Noon to 8 p.m. Monday and Wednesday, 10 a.m. to 6 p.m. Tuesday and Thursday, and 9 a.m. to 5 p.m. Friday and Saturday. Call (312) 747-9241 for more information.

Street resurfacing on Central Park Avenue, between 59th street and 63rd street, has begun. Some of the sidewalks along the street are being repaved as well. It will be inconvenient for drivers and pedestrians while the work is being done, but I think Central Park is going to look really nice when it’s all finished.

I would like to wish a very happy birthday to my dear friend, Carol. Her birthday is Aug. 1. May the dear Lord bless you on your birthday and always.

Thank you for reading my column!