Skip to content
July 31, 2021/Comments Off on The one that got away 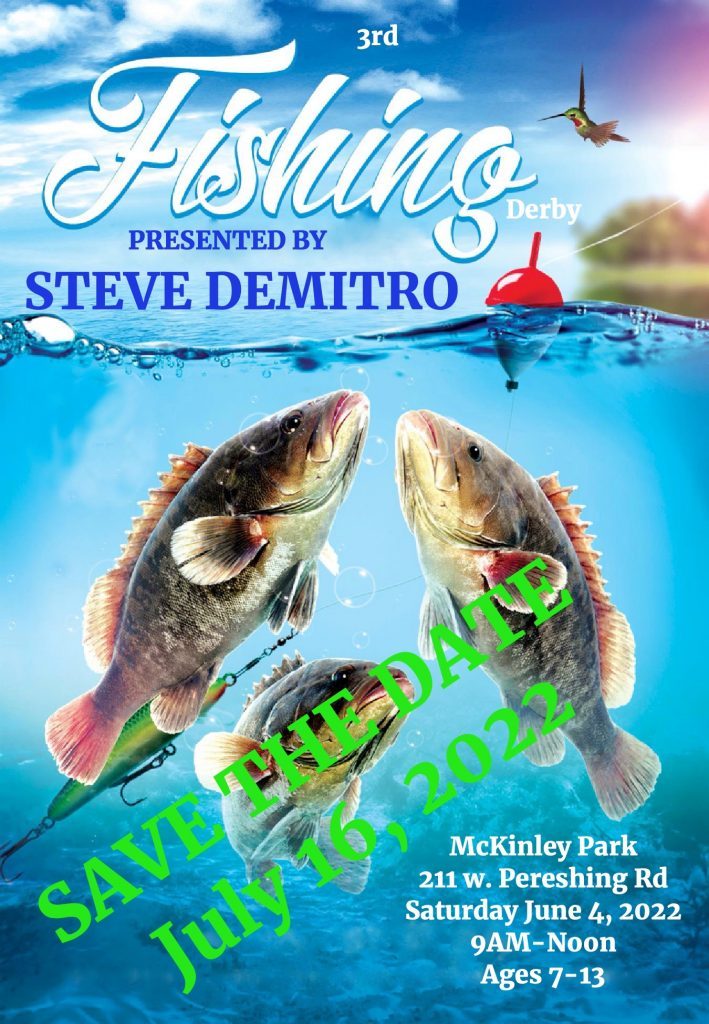 A sure sign of optimism is the 2022 event poster, which Demitro is already working on. --Supplied image

The one that got away

Like a fisherman who snags a trophy-sized bass, only to have the fish spit the hook as it’s being reeled in, McKinley Park’s youth fishing derby was cancelled earlier this week.

“This was a difficult decision,” said McKinley Park attorney Steve Demitro, who founded the annual catch-and-release event in 2017. “But with this new strain of COVID-19 spreading and no one knowing exactly where it’s headed, I prefer to act out of an abundance of caution. There’s no way I’m going to do anything that might put our local boys and girls in harm’s way—or their families.”

Even if Demitro had gone ahead with the Sept. 25 derby, fishing has been slim pickings this year at the McKinley Park lagoon—due in part to a large-scale die-off in the spring, for reasons still unexplained by Park District officials. 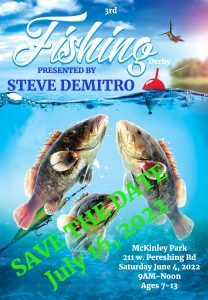 A sure sign of optimism is the 2022 event poster, which Demitro is already working on. –Supplied image

Compounding the dilemma has been the reported failure of the Illinois Department of Natural Resources to re-stock the lagoon this year—a failure caused in part by the pandemic-driven shutdown of at least one major fish supplier, Demitro told the Greater Southwest News-Herald earlier this week.

The McKinley Park derby would have been the fourth such event in recent years. Demitro, a McKinley Park native and avid fisherman, revived the derby after a nearly 40-year absence.

In 2017, 2018 and 2019, Demitro convinced the DNR to stock the lagoon with thousands of fish: sunfish, largemouth bass and channel catfish.

The derby grew in popularity each year it was held. In 2019, it attracted about 100 boys and girls age 7-13—as well as their parents and grandparents.

“It was good to see families coming out and making a day of it, with wagons, coolers and pop-up tents,” Demitro said. “It was good for moms and dads to have a break from everyday life and enjoy a day in the park, at the lagoon.”

“Our goal was to create Chicago’s best fishing derby and help revitalize McKinley Park—the lagoon, the larger park and even the surrounding neighborhood,” Demitro told the Greater Southwest News-Herald. “I think we succeeded, even more than we anticipated.”

But beyond that, he added, is “the importance of teaching children about conservation, about being good stewards of the world around us. The kids in the derby have so much fun, they don’t realize they’re being taught. But they are. Plus, they are learning what every fisherman learns: the value of preparation, of patience, of persistence. These are lessons that will serve them throughout their lives.”

Demitro grew up in the area, attending the old Longfellow School and Kelly High School. With fondness he recalled participating in fishing derbies and other events at McKinley Park—sponsored by Mayor Richard J. Daley and the Chicago Park District back in the 1970s.

Demitro, the son of immigrants, noted that fishing is one thing that ties together the various immigrant communities in the neighborhood—Mexican, Chinese, Polish and more.

“Fishing is worldwide, universal,” he said. “Whatever your language or wherever you come from, a [fishing] rod and reel is something we’re all comfortable with.”

Demitro said he remains committed to the event and has already set July 16, 2022 at the date of the fourth derby. He said his growing crew of corporate sponsors has already signed on, and he plans a bigger and better event than ever.

“This derby matters,” he said. “A lot of kids we had at the event did not own their own fishing pole, and a few had never fished before in their lives. Today’s kids in the city grow up with the sound of gunshots and ambulance sirens. We need to give them a break from that, to show them there’s a better way—and help them make good memories, happy memories that they’ll share with their own children and grandchildren one day.”